Trending Stories from The Marquee
You are at:Home»Features»Maceo Parker brings funk-laden sounds to Telluride Blues and Brews and Boulder
By Marquee Magazine on September 1, 2005 Features, News, Timothy Dwenger 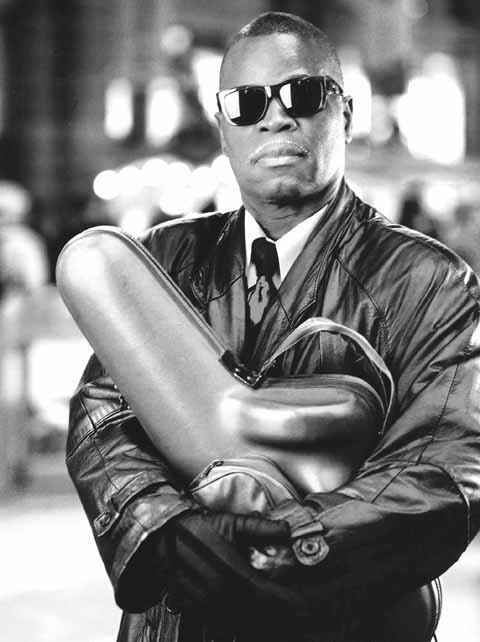 “Two percent jazz, 98 percent funky stuff” is how Maceo Parker describes his music. He has been a landmark on the funk landscape since he had the opportunity to honk on a big baritone sax for James Brown in 1965. The addition of Parker to the Godfather of Soul’s big band helped to lay the groundwork for the new wave of funk that dominated the urban musical scene for the better part of the ’70s.

Though he got his foot in the door with James Brown on the baritone, Parker quickly convinced those around him that the tenor sax was the horn he was born to play. “Maceo, I want you to blow!” became one of the Godfather’s signature lines as Parker quickly established himself as the cornerstone of Brown’s funk-laden sound.

Having cut his teeth in the band of one of the best in the business, it didn’t take Parker long to branch out. He remained with Brown’s band well into the ’80s, but he and his horn got around. In the ’70s he got himself involved in the tightly woven fabric of George Clinton’s Parliament and Funkadelic projects. As a member of the P-Funk Empire, he began to work with such superstars as Bootsy Collins, Fred Wesley, Bernie Worrell and many others.

Though P-Funk is known worldwide, perhaps the highest profile musical project Parker has been involved with was his recent stint as the sax player for Prince’s Musicology Tour. In a recent interview with The Marquee Parker told of how he and Prince became acquainted. “I was working on a concept that we called Dial M-A-C-E-O, and the concept was that I try get people to come into the studio and help me rather than me go out and help them. During the same time we were working on that, Prince had recorded something that he wanted me to play on. Somebody who represented him found me in Spain and asked me if I would come in and play on the track. I figured it was my opportunity to tell him ‘I would love to have you breathe, or belch, or something, on my new record’ just so I could say ‘it’s Prince,’ you know. So I did a couple of his tunes and he did background on some of my stuff. It turned out to be really, really great.”

It was on the Musicology Tour that Prince dubbed Parker “The Teacher.” On stage his saxophone was a featured instrument in the show, and Prince even gave up center stage to allow Parker to pay tribute to one of his idols, the late Ray Charles. His heart wrenching version of “Georgia On My Mind,” stood out to many critics as one of the highlights of the entire show.

Parker had the honor of opening for the R&B legend on a three-week European tour several years ago and has fond memories of the experience. “I got a chance to sit in with Ray one night, on one song. When I went up on stage I told him I had been having a little problem with my saxophone during my warm up. He just listened to me and that was it. Afterwards he whispered, ‘I bet you thought, ‘saxophone if you ever play good, you gotta play good now,’” he laughed.

Though it took a while for the finality of it to set in, Ray Charles’ passing was difficult for Parker. “After the Prince tour and all the times I had played ‘Georgia,’ it hadn’t really dawned on me that Ray had actually died and passed. I mean, you know it, but you don’t know it. You don’t want to accept the fact that he is really gone. On a European tour I was doin’ ‘Georgia’ and all of a sudden I was fighting against the tears and the bad feelings and I had to cut it short. I was thinkin’ ‘What in the world is going on? What is happenin’? I just can’t sing it man.’ I was thinking about Ray and the fact that he was actually gone, and I just had to turn around to the guys and just cut it off and go into something funky. It just came when it did and I couldn’t even hardly talk.”

Despite the feelings of loss he experienced on stage that night, Parker does count himself fortunate. “There may be a million people with a million stories about Ray Charles, but to be one of them, it’s priceless,” Parker said.

Parker also counts himself fortunate that he has fans of all ages, races and economic backgrounds all around the world. Touring Europe, Japan and the U.S. within a two-month time span may be old hat for a seasoned road veteran, but Parker is quick to acknowledge that his fans are the only reason he can do what he does, and make a living doing it. As he says every night from the stage, “On behalf of all of us, we love you.”