Trending Stories from The Marquee
You are at:Home»Features»Son Volt
By Marquee Magazine on October 1, 2005 Features, Interviews 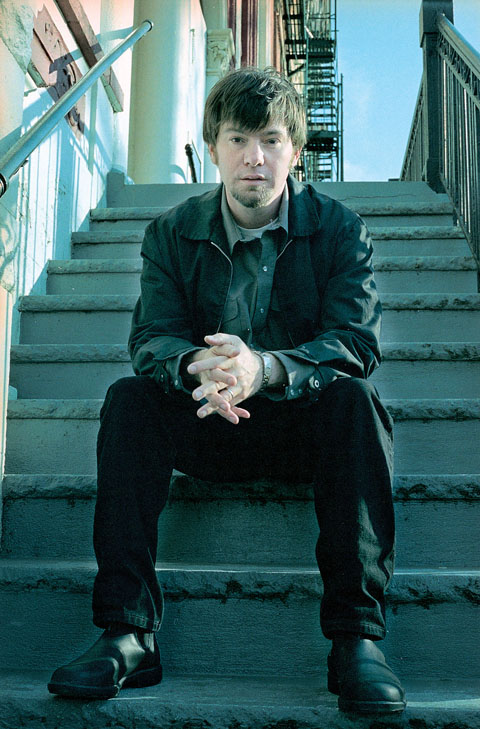 Flipping through the ‘S’s in the Rolodex of Americana long enough eventually brings you to Son Volt (see also Farrar, Jay).

In some circles Son Volt is as much a musical institution in Americana, alt-Country, pseudo honky tonk and folk rock as those who proceeded the band and those whom the band hold in high esteem — the Guthries and Dylans of the world.

When the band and primary songwriter/founder Jay Farrar revamped and re-amped after a seven year hiatus, the result was no mere speck on a radar screen, but a giant beaming mass that set the Americana world on end.

Bringing Son Volt back together as a project was “difficult to qualify as another beginning,” Farrar said in a conversation with The Marquee as he prepared for a gig in Birmingham, Ala. But in fact, this incarnation of Son Volt is much different from the ones which preceded it.

Last year, Farrar hooked up with the original Son Volt lineup — multi-instrumentalist Dave Boquist, bassist Jim Boquist and drummer Mike Heidorn — to record on Por Vida, a benefit record for Texas songwriter Alejandro Escovedo. Farrar, who said that he had been missing the “whole band” approach to music after several years of solo projects, thought that the members were finally back on the same page. But when it came down to it, much to Farrar’s dismay, the former Son Volters weren’t game.

So the lead singer/guitarist/pianist/ harmonicist hand-picked drummer Dave Bryson (Canyon), bassist Andrew Duplantis (Jon Dee Graham) and guitarist Brad Rice (Ryan Adams, The Backsliders, Tift Merrit) to form the new Son Volt. “It reminds me of how it was with Son Volt’s (1995 debut) Trace. With Okemah the band went into the studio without ever playing live,” Farrar said. And while in the past Son Volt and Farrar’s solo work may have lent itself to a folk-infused classification, he asserts that Okemah and the Melody of Riot is more than a rock record. “We wanted to come back with a more rock oriented collection of melodic songwriting,” he said.

As the 12 new songs on Okemah swing from commotion to contemplation, they remain anchored in Farrar’s passionate questioning of history to find words that articulate present calamities. His songs snatch eternal verities from the flames of terrorism and the shadows of political despair – and believe that hope will trump fears.

Okemah and the Melody of Riot partially takes its title from the birthplace town of Woody Guthrie (Okemah, Okla.), but the personality of folk ends there, for the most part. While it could be argued that the album — with its Guthrie reference and the fact that the album was written during the height of the re-election of George W. Bush — had a specific mission in mind, Farrar contends that he didn’t set out to make a completely politically charged album. “We had no preconceived manifesto,” Farrar said. “Although we did record the album on the run up to the election, only a few serious political overtones preoccupy the tracks.”

But Farrar has never been afraid of politics in his music. Farrar’s first band, the famed Uncle Tupelo, reacted to Reaganomics that plagued the country in the early ’90s. While grunge went one way with its sound, the alt-country pioneers Uncle Tupelo went another. “I think bands like Uncle Tupelo and Nirvana were drawing from the same well,” Farrar said. “Except we used pedal steel guitars.”

With Okemah, however, Farrar’s only agenda was a raw stripped-down certainty. With this record he wanted to get back to the sound of early Son Volt. “After having done two primarily acoustic-oriented solo records and a lot of acoustic touring, I was ready to get back to playing electric,” he said.

For Okemah and the Melody of Riot, Farrar said, “We wanted to capture as much live in the studio as we could and always try for a song in the first 10 takes, while the energy is still there. We wanted an original sound. We didn’t want to fix any mistakes,” he explained.

The rawness of Son Volt’s tunes permeates through in more-than-edgy melodies and soft-spoken harmonies. But it’s the lyrically driven ballads of Farrar — echoing his earliest non-musical literary influences — that lay the foundation for the American identity of Son Volt. “When I was younger I was reading anything I could find. Kerouac, Faulkner, Vonnegut. I used to work in a bookstore,” explained Farrar.

The beat influences are incredibly apparent on so many of Son Volt’s earliest recordings. From the lead track “Windfall” on 1996’s Trace, to “Gramophone,” the last track on the recently released Afterglow 61 EP, Farrar’s work still echoes the best of the beat writers, despite the fact that he’s thirty years younger than them.