Trending Stories from The Marquee
You are at:Home»Features»Tim O' Brien
By Marquee Magazine on October 1, 2005 Features, Interviews 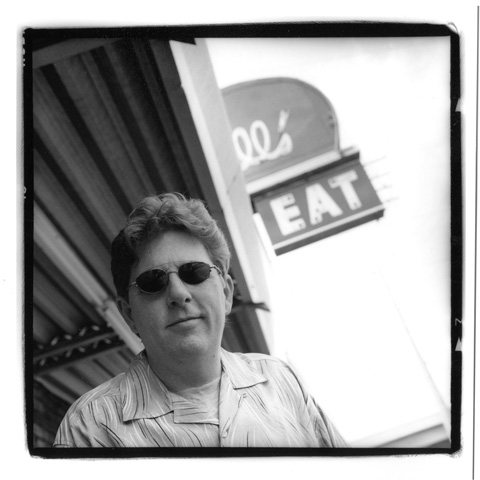 Boulder favorite son Tim O’Brien continues to thrive in his ‘new’ home in Nashville, Tenn., and continues moving forward in a musical career that has brought him from his birthplace in the river steel-town of Wheeling, W. V., to Wyoming and Colorado, and now for almost a decade to a busy and rewarding career in one of the music meccas of the world.

“I outgrew Boulder for that reason (the business aspect),” said O’Brien in a very gracious, recent conversation with The Marquee. “I had to dig in and find a way to support my family, this (Nashville) being by a bigger stream … you put a lot of lines out there, like a fisherman,” he continued.  “It’s a bigger stream to fish out of here.”

If the company he’s been keeping and the projects he’s had offers from lately are any indication, then Tim O. has continued to ‘catch some pretty good ones’ as his career blossoms in the southeast not too far from where he grew up. Names like Garth Brooks and the Dixie Chicks, the movie Cold Mountain, and places like the old Ryman Auditorium and the Grand Old Opry, have a well-deserved place in O’Brien’s extensive run of credits. With one child through college and another hopefully heading that way, the move away from Colorado has proven to be a wise decision for O’Brien and his family of four.

After over 20 years living in Boulder Valley, the longtime mandolin and fiddle player from the legendary bluegrass band Hot Rize says he misses this area but is enthusiastic about being in Nashville. “It really is the center of the bluegrass community,” said the current president of the International Bluegrass Musicians Association (IBMA). “All the infrastructure is here.”

While O’Brien has certainly expanded his career in Nashville, working as a producer and playing on a wide variety of projects, he remains active touring as a performer. During October, O’Brien will play close to 20 shows as he and his band tour across the county.

The tour will feature a new band for O’Brien as he leaves behind his acclaimed material that pays homage to his Irish homeland, the Celtic tradition and American roots music, and begins focusing on new material. “Starting Oct. 1st, I’ll be playing with a new group,” said O’Brien. Featured along with himself will be longtime collaborator Dennis Crouch on upright bass, holdover from the previous group Casey Driessen on fiddle, and Northwest music wizard Danny Barnes on electric guitar and banjo. O’Brien mentioned that a drummer/percussionist, possibly Kenny Malone, may be added on occasion. “The American roots stuff is all covered,” said O’Brien. “[That group of albums] was about the folk music of the British Isles and how it worked itself out when it got here … I’m really looking forward to mixing that new stew and seeing what comes out.”

While O’Brien has no immediate plans to head into the studio with the new group, his playing can be heard in a wide variety of recent projects. In addition to his releases Fiddler’s Green and Cornbread Nation which, respectively, signal a close to the Irish roots theme and helps point the way for his next musical direction, O’Brien also appears on Moody Bluegrass:  A Nashville Tribute To The Moody Blues, currently nominated for IBMA Recorded Event Of The Year. Fans of the one-time supergroup New Grange will be pleased to hear that the Christmas Heritage Album will be available this holiday season on the Compass label. (O’Brien is also currently nominated for IBMA Male Vocalist Of The Year.)

On their Boulder stop, The Tim O’Brien Band will perform at the Fifth Annual Acoustic Harvest & Cajun Feast — Blue Sky Bridge Benefit. Blue Sky Bridge is a local organization dedicated to assisting child victims of sexual abuse and to breaking the cycle of child sexual abuse through education and social change.