Trending Stories from The Marquee
You are at:Home»Features»Bayside regroups after tragedy
By Marquee Magazine on February 1, 2006 Features, Interviews 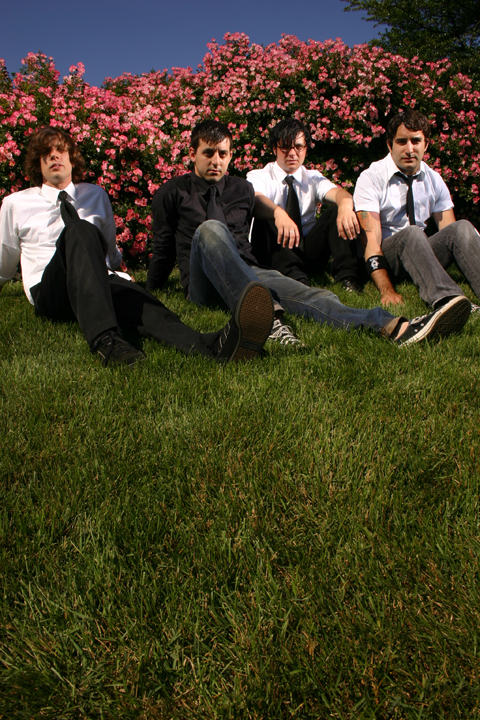 Many say that 2005 was a tragic year, but for New York’s Bayside, tragic is an understatement.

When a band tours heavily, spending more of their time on the road than with their families, strange events can occur. Sometimes those events are tragic. For Bayside fans, Boulder and Halloween 2005 will always bruise their memories and hold a bittersweet spot in their hearts. It was the last show for drummer John “Beatz” Holohan.

On Halloween night, while on the Never Sleep Again Tour with fellow Warped Tour alum and label-mates Hawthorne Heights and Silverstein, Bayside played a show at the Boulder Theater, and after finishing their set, caravanned ahead in their tour van.

Shortly after 3 a.m., on a stretch of highway on the outskirts of Cheyenne, Wyo., their van hit a patch of black ice, skidded off the road and rolled over. Much of the crew were seriously injured. Bassist Nick Ghanbarian suffered major back trauma. Vocalist Anthony Raneri and guitarist Jack O’Shea escaped injury. Drummer Holohan did not. He was killed on impact.

Devastated but dealing with the tragedy as best they could, Raneri and O’Shea headed back out on tour as a duo, rejoining Hawthorne Heights and Silverstein in Florida near the end of the tour.

It sounded then, as it does now, like a daunting decision, but scroll back to the year 2000 and you will see that Long Island’s Bayside has always persevered.

Born out of the same punk scene that produced Taking Back Sunday and Brand New, Bayside took their name from a trendy iconic Queens neighborhood.

In some respects Raneri and company have always been marketing geniuses, self-promoting machines. They were one of the first bands to take advantage of a fledgling blog domain known as myspace.com and even went further to initiate the tongue-in-cheek web domain baysideisacult.com

“It [myspace]is just one more way for a new band to do it themselves,” Raneri said in a recent interview with The Marquee. “Ten to 15 years ago a band always needed money for promotions and if you didn’t have it, it wasn’t going to work. Now, it’s like if you work hard you’ll get your music out there.”

Bayside’s music has gotten out there and rave reviews have stoked their East Coast popularity, their fan loyalty and in a post 9/11 world, their generosity. Gathering with fellow New York borough bands, Bayside appeared on From Brooklyn with Love, a punk compilation benefiting the victims of 9/11. Subsequent tour offers poured in, and after several EP, and a few line-up tweakings in which bassist Ghanbarian and drummer Holohan came aboard, Bayside released their Victory Records debut. 2004’s Sirens and Condolences proved a prophetic title to what would happen a little over a year later.

Still very much in the process of healing, the band is now promoting their most recent self-titled release. Raneri surmises, “After [John’s passing] we went back on tour. I wouldn’t call it back on our feet necessarily, but we were back on tour,” he said, before pausing a minute. “But now we’re where we need to be. And we wanted to get right back to Boulder! We wanted to get right back to Salt Lake City!”

New addition Gavin Miller (of the recently disbanded Santa Barbara outfit Staring Back) has come in behind the kit and Nick Testa joins as interim bassist until Ghanbarian recovers and returns full time.

After this tour Bayside will open a series of dates for their inspirational heroes The Smoking Popes, an act that Bayside readily covers on their soon-to-be-released CD/DVD Bayside Acoustic. The disc, which features Popes covers as well as an Elliot Smith tune — in addition to one new gem, “Winter” — chronicles the acoustic shows Raneri and O’Shea played in the aftermath of October’s tragedy.