Trending Stories from The Marquee
You are at:Home»Features»Bright Channel Shines its way through indie-rock gloom on its D.I.Y. sophomore CD
By Marquee Magazine on February 1, 2006 Features, Interviews 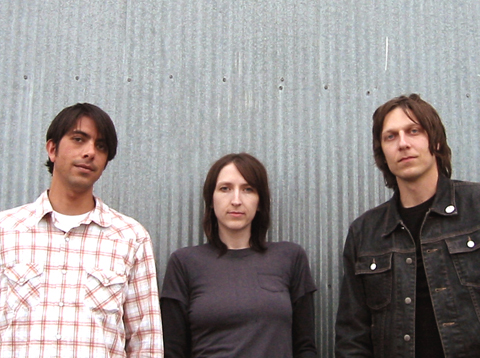 After having their debut record produced by Steve Albini, the guitarist of the 1980s cult band Big Black, who is most famous for producing classic albums by Nineties rock acts, including Nirvana, the Pixies and PJ Harvey, it seems like there wouldn’t be much in the indie-rock world left to achieve for the Denver-based melodic rockers Bright Channel. So the band —which takes its name from a recording term — took the next logical step, self-recording and producing their new record, due out this month on their own label, in their own recording studio that they built themselves.

Oh, and they do their own cover artwork, too, adhering completely to the indie-rock D.I.Y. mantra.

“This record, in particular, is kind of an experiment to see how much we actually could handle taking on ourselves. We did all the writing, the music and all the recording, production, mixing, artwork, all that stuff. It became a pretty big chore but I think it came together all right,” said guitarist Jeff Suthers in a recent interview with The Marquee.

The band, which was named Best Live Band by Westword in 2004, only relinquished mastering duties on the new release, the one thing Suthers is quick to point out that they didn’t do. The band  turned the record over to the same person that mastered the first album, who came on the recommendation of Albini.

“We thought it would be a good comparison to have the same guy master, like, an Albini recording versus what we came up with ourselves, just to give us a reference for how we should handle this stuff in the future,” said Suthers.

Suthers added that the band, which is rounded out by bassist Shannon Stein and drummer Brian Banks, plans to remain independent. With their own label up and running, staffed chiefly by the band members, and their own studio set up just the way they want it, it doesn’t appear that they need much help from the outside world at all.

“The first one we recorded with Steve Albini you know, so it was a little bit of a change of pace [to record on our own]but I think we’re pretty happy with it. We were able to spend a little bit more time on it than we did on the first one, with mixing and fix-its, that sort of thing,” said Suthers.

The band that rose like a phoenix from the ashes of other critically acclaimed area bands, including Pteranodon and Volplane, has been labeled as “shoe-gazer” rock, but that definition misses its target rather widely.

On the new album Self Propelled, due out this month on their own label, Flight Approved, the band shines with a fierce intensity, seeming to channel Sonic Youth’s shimmering wall of noise at times. Suthers’ vocals come through the intricate texture of the songs, sometimes sounding a bit like a Sebadoh-era Lou Barlow.

The band’s first album, self-titled and released in 2004 on Flight Approved, was recorded in only one week at Electrical Audio Studios in Chicago. The latest project, by contrast, took between six and eight weeks to record.

Suthers said he enjoyed both experiences, but welcomed having a more relaxed schedule the second time around. “The biggest thing was having the time to step outside of it for a week or two and maybe have some friends listen to, and then maybe go back and make a few adjustments from there. This way allows for a lot more creative control, and we save a few bucks,” he said.

Flight Approved, Suthers said, is a bit of a self-indulgent project on one hand, while also being a vehicle to help friends in the indie scene. “It’s kind of a homespun little label that we came up with to release some projects that we had going on and also friends of ours,” he said. Both Pteranodon albums are available through the label. Volplane, a band that included both Suthers and Stein and existed from approximately 1995 to 1999, recorded two records’ worth of material but they have never been released. Mastering and releasing that material is a goal that Suthers has set for the label in the future. “It’s all just in a pile now,” he said.