Trending Stories from The Marquee
You are at:Home»Features»Low relinquishes its slowcore crown
By Marquee Magazine on February 1, 2006 Features, Interviews, Timothy Dwenger 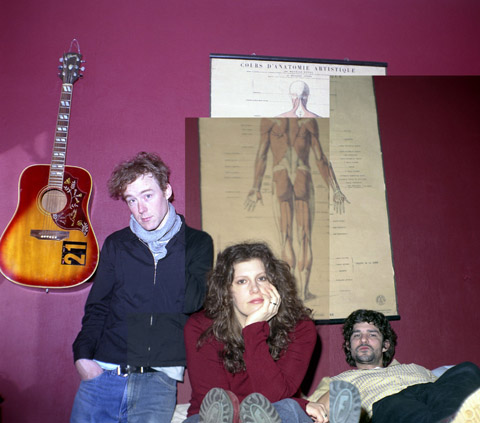 After years of reigning as the crowned kings of “slowcore,” Low’s recent album The Great Destroyer has pleasantly surprised critics and fans alike with its lushly textured, almost upbeat sound. The opening tracks of the album, “Monkey” and “California,” are dangerously close to being radio friendly and yet they still seem to appeal to even the most cynical of the indie-rock kids.

With subtle hooks that dangle delicately over a soundscape that is as wintery as a January night in Minnesota, Low’s Sub-Pop Records debut is mesmerizing and strikingly original. Images in grainy black and white of snow drifts and abandoned farmhouses are conjured up by the haunting sound that reverberates from the soul of this band.

Alan Sparhawk (vocals and guitar) and his wife Mimi Parker are the backbone of Low. Parker sits behind a minimalist drum kit, providing the booming backbeat and the harmony vocals that so distinctly characterize the sound of this 13-year-old band. Until recently, bass duties were performed by Zak Sally. Sally’s departure from the band in December had been hinted at as far back as 2003 and has prompted Sparhawk and Parker to invite fellow Duluth resident Matt Livingston to join the band for the time being.

“Being a band that had a certain groove for many years and to have one of those parts change to something different has taught us a lot about who we are and who we aren’t. Livingston is an incredibly talented musician and bass is actually his second instrument. He also plays sax in a really great reggae band,” Sparhawk recently told the Marquee from the home he shares with Parker and their five-year-old daughter Hollis. “I am looking forward to these shows because time and time again it has proven this is how we figure out things as a band, just to go out and play shows and see how it goes.”

In a move that doesn’t seem to be common in the world of touring musicians, young Hollis joins the band on most of their road trips. “It means bringing a nanny on the road and planning shows so people can get where they need to be, and kids can get fed and be to bed on time,” said Sparhawk. The guitarist seems proud of the way they have chosen to raise their daughter. “I can already see that she has developed certain characteristics because of her unique lifestyle that I think are good.”

After the initial tour in support of The Great Destroyer, Low took some time off the road. The time off seems to have been a good decision. Sparhawk feels up to getting up every day, and while he acknowledges he may not be the right man to make that decision about touring, he admits that his wife has the “veto power,” and she didn’t use it this time.

In addition to giving Sparhawk time to put things back together, the break also allowed him to concentrate on things other than touring, like his daughter and his songwriting. “I have a ton of new songs that I have been writing. I like the songs but right now I am not sure that I like how they sound,” said Sparhawk. “We’ll get to work some of that out on the road on this next tour. We like to work through new songs when we are out on the road, as we know that most of the people coming out have heard us play the songs off of The Great Destroyer already. We’ll play some of them, but we are going to try not to rely on those songs.”

This time out, Low will venture into a new Denver venue for them. “Usually when we play Denver, we play the Bluebird and that is one of my favorite venues, but I think this time we are playing the Larimer Lounge,” Sparhawk said.