Trending Stories from The Marquee
You are at:Home»Features»Band of Horses set to release its sub-pop debut everything all the time
By Marquee Magazine on March 1, 2006 Features, Interviews, Timothy Dwenger 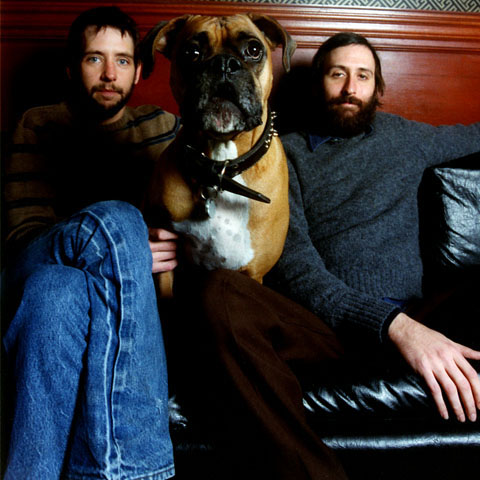 When the Seattle band Carissa’s Wierd finally called it quits after 10 years of playing the same indie rock clubs across the country, the sometimes bassist/sometimes drummer Ben Bridwell found himself with nothing to do. Bartending by night, Bridwell now had some significant free time during the day, which the band had previously helped him fill. Without that outlet, Bridwell quickly realized that he needed it, or something like it.

Carissa’s Wierd had been the project of Mat Brooke and Jenn Ghetto, and Bridwell had been their fill-in behind the kit or on the bass when they didn’t have regular members in those spots. “Before Carissa’s Wierd I had never played the drums or the bass, I just kinda filled in where they needed help,” Bridwell told The Marquee in a recent interview from his Seattle practice space. “When the band ended I started to fill my time during the day with learning to play the guitar and starting to write my own songs.”Brooke and Ghetto had written all of Carissa’s songs over the years, so songwriting was a new undertaking for Bridwell, but it has come easily.  Armed with several songs written on dreary Seattle afternoons, Bridwell decided to put together a band. While Ghetto had gone on to concentrate on a solo project, it didn’t take long before Brooke decided to join his friend and help him flesh out his ideas. Dubbed Horses, the two released an initial EP that was available only at shows. Early gigs were packed, as fans of Carissa’s Wierd came out in droves to find out what their heroes were up to.

Horses was quickly gaining popularity throughout the Pacific Northwest scene and with popularity comes scrutiny. Bridwell soon learned that the name Horses was already taken and had been for about 30 years. As it turns out, Horses was the name of a late Sixties West Coast pop band with ties to the Grateful Dead and a rather famous guitar player, Don Johnson, of “Miami Vice” fame. “We found out that Horses had recently re-released an album and we decided that we didn’t want to deal with the hassle of getting sued over our name.  Our website was already called bandofhorses.com so we figured that was the right name to take,” Bridwell said. “I haven’t listened to the Horses album, but I would be interested to see what they sounded like.”

With their first legal scare behind them, Band of Horses began to get some breaks. Years earlier Bridwell had met, and become friends with, a young singer/songwriter from South Carolina. “Sam [Beam] played me some of his music when he was staying with my brother one time about six or seven years ago,” said Bridwell. “I couldn’t get enough of it and I pretty much wore out the tape he gave me. I had a record label at the time and we began talking about releasing something on my label. As time went on and he sent me more and more of his work I began to realize that this was bigger than I was capable of handling, and I started handing his songs out to everyone I knew. Eventually it got into the right hands.”

The right hands Bridwell is referring to are the hands of Sub-Pop Records. Sam Beam, recording with his sister and various other musicians as Iron and Wine, has gone on to release two full-length albums and several EPs on the label. The two remain friends and Band of Horses began to pick up one-off gigs as the opener for Iron and Wine around Seattle and the Pacific Northwest. It wasn’t long before Beam offered his friend a spot as the opening band on an East Coast tour in 2005.

The lush, dreamy guitar pop that characterizes the sound of Band of Horses was warmly received by Iron and Wine fans and the attention given to their self-released EP was noticed by Sub-Pop. It wasn’t long before Bridwell and company had inked their own deal with the indie giants.  Though the songs have existed for the better part of two years, they have only been heard by those lucky enough to have attended a show or gotten their hands on the EP.

On March 21st that will all change with the Sub-Pop release of Everything All the Time, the debut full length from Bridwell’s Band of Horses.