Trending Stories from The Marquee
You are at:Home»Features»Plunge brings hip-hop and urban rock to Telluride in mid-winter music festival
By Marquee Magazine on March 1, 2006 Features, Interviews, Writers 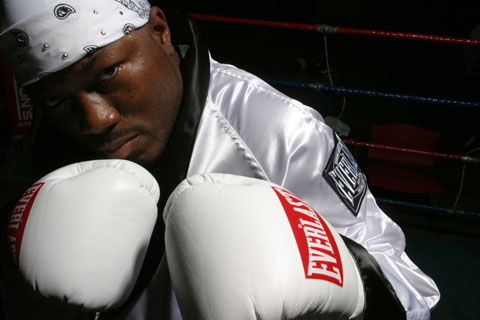 Telluride, Colo. has long been known as host to some of the premeire summer and fall festivals in the country, with a roster that includes Telluride Bluegrass Festival, Blues and Brews and the Telluride Jazz Festival.

Those events have kept the gorgeous mountain retreat in the forefront of people’s minds during the summer months when the snow isn’t falling. But there’s a new festival in town, which plans on celebrating the connection between mountain sport culture and urban rock and hip-hop in both style and sound.

The Plunge Music Festival, now in its second year, is named after one of Colorado’s most famous ski runs, and bills itself as the festival with “thirty-five hundred vertical feet of entertainment.” The festival’s theme is to make skiing as much a centerpiece as the acts themselves, with riding by day, après ski concerts in the afternoon and music all night long.

Festival acts include Rahzel of the Roots, Tre Hardson of Pharcyde, Enon, The Slip, DJ Logic, Adam Deitch Project, Brother’s Past and many supporting acts.

Rahzel will be this year’s headlining attraction.

The undisputed “Godfather of Noyze” has re-defined the beat box. A self-defined “vocal percussionist,” Rahzel (rhymes with ‘gazelle’) has perfectly mastered this quintessential hip-hop art form and has emerged as a true virtuoso.

Rahzel is best known as a member of The Roots, hip-hop’s cutting-edge live band. Over the past several years he has emerged as the one to watch.

Though his tastes do run far and wide, Rahzel is quick to acknowledge, first and foremost, his hip-hop origins. Growing up as a youngster in New York, Rahzel admired his cousin Rahim, a founding member of the pioneering Furious Five. “I remember watching Grand Master Flash before I could even see over the gate,” said Rahzel. “Having that influence alone was incredible.”

Later, Rahzel roadied for Ultramagnetic MCs. “In every important phase of hip-hop, I was there, absorbing everything that was going on,” he said.

Rahzel grew up in Queens, N.Y., and recalled that “not having was never an excuse for not doing.” In its most organic state, the essence of hip-hop is making something out of nothing and Rahzel learned how to feed his need to be creative. “We didn’t have the turntables inside the locker room and we couldn’t bring our boom box in there,” he said. “Either we were banging on the locker, or somebody was (making music) with their mouth.”

Over time, Rahzel’s gifts for vocal percussion led him to seek his own career as an artist. He already had a thriving solo career when The Roots asked him to join their group. “We’re colleagues, and we have tremendous respect for each other. They respect my history, I respect theirs,” he said.