Trending Stories from The Marquee
You are at:Home»Features»Seminal band Zero reunites after six years for three shows at Cervantes’
By Marquee Magazine on March 1, 2006 Features, Interviews, Matt Marty 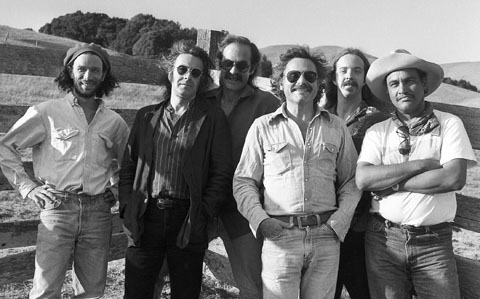 The number zero means a lot of things to a lot of people.  Having zero dollars is never desirable, but yet having zeros at the end of a check is a sign of success. Zero is the median between positive and negative, and very hard to pin down.  So it is only fitting that the band Zero acts a little unorthodox compared to most bands.

Started in 1984 by guitarist extraordinaire Steve Kimock and drummer Greg Anton, Zero became a Bay Area fixture.  Through extensive touring and generating new material, Zero gained an allegiance of devoted fans from coast to coast. After sixteen years of consistent work, Zero called for a hiatus. No one really expected the hiatus to last as long as it did, but for six years the members of Zero did not play together.

“It was easier for everybody to move on with their own stuff than it was for us to move forward in a unified way,” remarked Kimock in a recent interview with The Marquee. The hiatus’ lengthy period of time led many, even the band members, to believe that it was a permanent thing, rather than a temporary issue. “I figured the hiatus would be more like six weeks rather then six years.”

Over the six years, Kimock kept busy with his own projects. The most notable of Kimock’s solo projects is The Steve Kimock Band. During the hiatus he has mixed up the line-up of his band to keep things fresh. He has also worked with Phil Lesh & Friends, and Bruce Hornsby. Despite the busy bee-like attitude Kimock has assumed over the six years, there are many that still yearn for Zero’s return.

One of the reasons Zero has such a faithful following can be traced to their material. A good deal of Zero’s material comes from poet guru Robert Hunter, who formally wrote with Jerry Garcia and contributed to many Grateful Dead classics. Hunter adds an element to the band’s great musicianship with his unique profound writing style. As for new Zero/Hunter material, there isn’t any at this point in time, although Zero is looking at some new pieces for their upcoming shows.

Also new for the upcoming shows is Kimock’s son John Morgan Kimock, who will be playing drums. Although the elder Kimock says his son  has been in the band since he was two, these will be the first Zero shows that feature sixteen-year-old John as an actual playing member of the band. For Kimock, it is a very special thing. “It’s my favorite thing on earth to play with my son,” said Kimock. The rest of the Zero line-up will be rounded out by co-founding member, drummer Greg Anton, Martin Fierro on sax, Liam Hanrahan on bass, Pete Sears on keyboards, and the powerful Judge Murphy singing the beautiful Hunter melodies.

The line-up will feature a very special addition with former Grateful Dead vocalist Donna Jean Godchaux-Mackay joining the band. Godchaux goes way back with Kimock and Anton to earlier days before Zero was formed. Kimock couldn’t be happier she is singing with the band, because her presence brings a different kind of energy to the show.

Currently there aren’t plans beyond the reunion shows in Denver, but Kimock said that’s not due to lack of desire. “One step at a time,” he said. “We want to get our focus and energy together to get the show on the road again.”