Trending Stories from The Marquee
You are at:Home»Features»Thrice keeps its image while redefining their sound with release of Vheissu
By Marquee Magazine on March 1, 2006 Features, Interviews 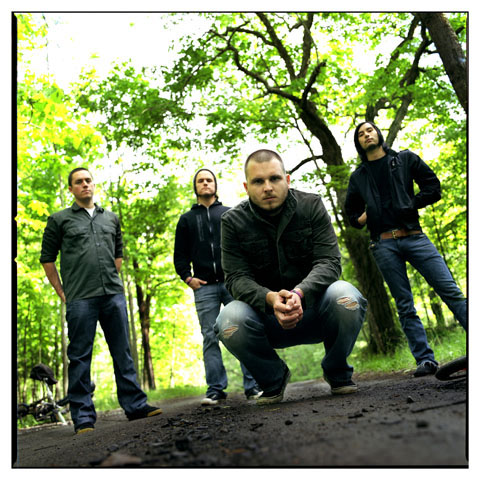 No more screamo. It wasn’t a declaration; it was more of an undercurrent, an unspoken rule, as loose as that rule could be.

On their latest disc VHEISSU (pronounced Vee-shoo), Orange County California’s Thrice issued an unwritten statement through their music: “We’ve moved beyond our sound.”

The Marquee caught up with Thrice drummer Riley Breckenridge recently to discuss the headlining slot on the second annual Taste of Chaos Tour, as well as to divulge what prompted the shift on their creative compass. “It was definitely challenging, but as we’ve grown as people and musicians, the scope of music that we listen to has changed. Back in the day it was a lot of punk, hardcore, metal. But with this record we listened to everything from jazz to classical to movie scores to singer-songwriter stuff, and because of that, we’re trying to incorporate everything into us as a band. And this time around we had so much time to write and record and experiment with new instrumentation and arrangements, we could really implement those ideas,” Breckenridge said, during a recent tour stop in Texas.

As a band, guitarist/vocalist Dustin Kensrue, guitarist Teppei Teranishi, bassist Eddie Breckenridge and drummer Riley Breckenridge challenge themselves to breach their comfort in favor of musical growth, a conscious decision that, for artists, often comes with a certain amount of vulnerability. If that’s the case, VHEISSU shows absolutely no insecurity or indecisiveness, but rather a well developed collection of fresh inventive voice and vision. “With the last record (2003’s Artist in the Ambulance) we had some lofty goals and ambitious ideas but we didn’t have the time to execute them. This time we had time to experiment. As a result, this record sounds like such a departure from what we’ve done in the past,” said Breckenridge.

But while changing some of where they came from, Thrice didn’t want to surrender their influences outright. Building upon the melodic, harmonic and chorus-driven scaffolding of Artist in the Ambulance, VHEISSU, released in October 2005, contains screamo throwbacks such as “Hold Fast Hope,” which testifies to where the band once was, and still, by and large, is. As relevant as that sound was, more challenging tunes such as “Between the End and Where We Lie” and “Atlantic” show a group whose past informed their present and is preparing them for a long distance future.

Thrice took the title for VHEISSU from one of the classics of post modern literature: V. Thomas Pynchon’s classic underground novel of 1963;  VHEISSU is the loose collection of arcane myths found in its serpentine plot.

VHEISSU was recorded at the famed Bearsville Studio near Woodstock, N.Y. Bearsville is famous for hosting some of the industry’s heaviest hitters. The Pretenders, Phish, Blues Traveler, Foreigner and R.E.M. have all called the mountain getaway home for a few months in their recording careers.

Bearsville was a surprising venue for a punk band from Southern California to record in, but an epic venue for a punk band looking to recreate its sound. Producer Steve Osborne (Massive Attack, Doves, U2, Peter Gabriel) was brought on board in April, May and June of last year to create the distinct sound that materialized out of the sessions.

Breckenridge likened the studio to an artist’s retreat. “We did all of VHEISSU in The Barn [at Bearsville]and it’s so cool. You live in a little apartment in the middle of the woods. And you’re totally isolated from everything. You don’t have to worry about the rigors of life or stress from family and friends; you just focus on music and making an album,” he said.

Thrice, handpicked for the Taste of Chaos Tour by Warped Tour pioneer Kevin Lyman, has dutifully earned the headlining nod. In fact, Lyman held them in such high regard that they lent a hand in picking who would tour with them on Taste of Chaos 2006. “They actually gave us a little input on who was going to be on tour and who was going to be part of it. It’s a good variety of bands so you get an audience that is into different types of music but all interested in a good rock show. And it’s cool to be a part of that,” said Breckenridge.