July 21, 1987 started out like any other day in music history. Trucks delivered hundreds of new cassette tapes and CDs, by a host of artists new and old, to stores around the county just like they do every Tuesday. Few, if any, realized that on this particular day the face of music would be changed forever. Among the new releases were Madonna’s Who’s That Girl soundtrack and the first album by a surly Los Angeles rock band that called themselves Guns N’ Roses.

Appetite for Destruction exposed the dark underbelly of late ’80s L.A. with tales of booze, drugs and sex that are still some of the most rocking and confrontational songs ever released. Although Appetite For Destruction took about a year to catch serious fire on the charts, the ultimate result was clear; Guns N’ Roses were now one of the most famous bands in the world.

Guns N’ Roses started to splinter when the band entered the studio to try and top Appetite. Despite constant controversies and the firing of drummer Steven Adler, who was replaced by ex-cult member Matt Sorum shortly before recording began, and the departure of rythym guitarist Izzy Stradlin, who was replaced by Gilby Clark shortly after the album was finished, the result was the ambitious double album Use Your Illusion I and II. The rest of the band then fell apart after the tour, leaving the charismatic but explosive frontman Axl Rose the sole remaining member.

Now, more than 15 years after the Use Your Illusion records were released, Chinese Democracy has become the most anticipated and expensive recording ever made, as Rose has written, recorded and re-recorded the tracks over and over, all the while hiring and firing different members to replace his former bandmates.

While a firm release date is still in the works, Rose recently told Rolling Stone the album is close to completion. New music has recently surfaced, including a good quality demo of the song “I.R.S.” which was leaked over the internet and radio last month.

Sample lyric: “It doesn’t really matter you’re gonna find out for yourself”

A relatively short but blistering guitar-driven track inspired by the Chinese occupation of Tibet and the Dali Lama’s resulting escape and exile, “Chinese Democracy” proves that Axl is still as confrontational as ever with his songs. “Chinese Democracy” has been performed live several times, but a studio version has yet to surface.

Sample lyric: “If there is something I can make of this or anything at all / it’d be that the devil hates a loser and you thought you had it all.”

A bouncy, hip-hop tinged drum beat plays underneath as Rose’s singing wanders reflectively  over thoughts of the past. This is easily single material. Although lyrically dense like some of the Illusion songs, this song has a great hook of a chorus and will most likely be one of the best tracks on the album. The song’s target is reportedly an ex-girlfriend of Rose’s.

Sample Lyrics: “Forgive that they tore down my soul / Bless them that they might grow old”

This song is a sweeping ballad like “Estranged” and “November Rain” and is almost a continuation of those songs. While “Estranged” explored Rose’s fear and despair, “Madagascar” seems to focus more on his rejuvenation. Heavily based around Rose’s piano playing, this song highlights his love for artists like Elton John and Queen.

Sample Lyric: “Going to call the president, going to need a private eye / Going to get the I.R.S, Going to need the FBI.”

A strong, lean song with acoustic guitars and unforgettable chorus, this is Rose at his paranoid best. When this song was leaked it actually made Number 49 on the Radio and Records charts for that day. Rose’s management quickly ordered a “cease and desist” to anyone playing the track but the overwhelming response to the track proves that G N’ R still has many fans.

The Verdict: While an album as groundbreaking and raw as Appetite for Destruction is not going to happen, all signs seem to point to Chinese Democracy becoming a huge record as long as Rose can keep his head together. 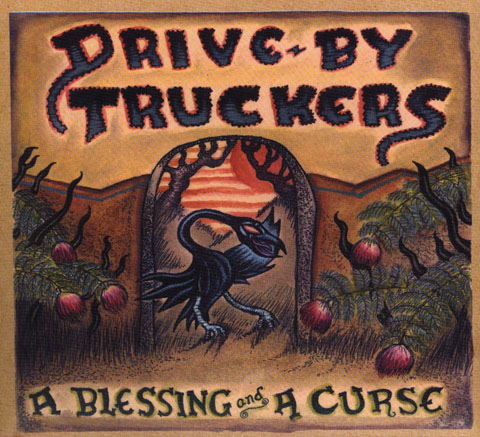 A Blessing and A Curse

Drive-By Truckers aren’t great storytellers, they’re champion storytellers, and in their last three albums have set the scene of where they’re from and what that means in excruciating detail. 2002’s Southern Rock Opera in and of itself can give the listener a better picture of life in the South than an upper-level college course on the subject. The Trucker’s follow-ups to Rock Opera, 2003’s Decoration Day and 2004’s The Dirty South, continued on the theme, filling in the minute details.

But their seventh album, which releases on April 25 from New West Records, finally gets to what’s going on in the story. Now that their listeners know the whos and wheres, the Truckers are letting listeners into the living rooms of their home to tell them what is actually happening.

The result is an incredibly personal album, impeccably played out in the passionate, loud, three-guitar attack that is Drive-By Truckers’ style.

For once, instead of listening to the band talk about people who may have lived on their block, or around the corner, the band’s three guitar-slinging vocalists and songwriters Patterson Hood, Mike Cooley and Jason Isbell are now saying, ‘This is what went down in my house last week.’

From Isbell’s biting self-analysis of “Easy on Yourself” and “Daylight,” the songwriter lays out personal struggles of the past years in a poignant, yet very Trucker-esque approach.

Cooley, on the other hand, shares tales of his extended family, most notably on the track “Space City,” a beautiful track that offers a bittersweet tale about his grandfather following his grandmother’s death and how one learns to make it through the intangible and the unflinching realities of life.

Hood, in a sense, offers the “theme” of the album, although, for once, the Truckers are careful to present less of a theme and more of just an album than previous releases. That loose theme, however, is that to love is to feel pain.

Whether it’s with the track “Goodbye,” which incidentally was written on the DBT bus in Fort Collins, or with the closing track “A World of Hurt,” Hood is magnificent in his down-right delicate delivery of painful observations.

Writer Alex V. Cook put it perfectly: The Truckers “avoid the trap of caricature in their songs, instead building their poetry out of the sweetest and harshest things available in this world — love and the pain that comes with it,” the blessings and the curses.

Despite all the pain and curses, the album ends on the most positive line to date in Trucker’s history. Simply spoken by Hood just before “World of Hurt” fades off into pedal steel bliss, “It’s great to be alive.” With that optimism, even after they have bared their souls with hearts on their sleeves, A Blessing and A Curse comes off as the most sincere and honest release in the self-help genre to date. Take that, Dr. Phil. 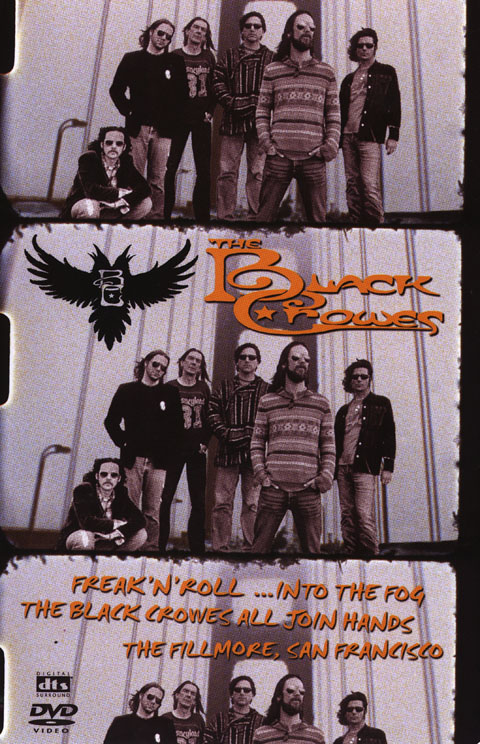 Last year, a revived and re-formed Black Crowes tore up the summer festival tour circuit. Their blistering sets were deemed by fans some of the best shows of their career, and proved that the band’s extended hiatus had paid massive dividends.

That criticism aside, the Crowes first-ever concert DVD Freak ‘n’ Roll … Into the Fog captures them perfectly during their five night run at the historic Fillmore Auditorium in San Francisco.

Shot in hi-definition, the 19-song, two-and-a-half hour show highlights the band in both rock and roll and jam status, a perfect snapshot of where the band was at that particular time.

Complete with a four-piece horn section that added an unfathomable amount of depth to their tracks, the band rolls through classic Crowes tunes like “Sting Me,” “No Speak, No Slave” and “Remedy,” as well as rare gems like an acoustic “Sunday Night Buttermilk Waltz” and perfectly picked covers such as Joe Cocker’s “Space Captain” and The Band’s “The Night They Drove Ol’ Dixie Down.”

The DVD also houses some special features of sound check performances and back stage footage, as well as shots of the band walking around San Francisco. Interviews and commentary would have been nice additions, but those aren’t missed when the magical highlight of acoustic songs hits home.

The DVD also has a Front Range tie-in, with famed local taper James “Jimmy Nomad” Lautenbach appearing in several shots throughout the concert. 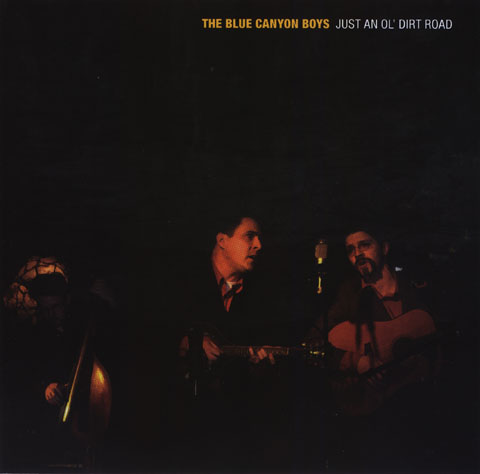 Blending incredible brother-duet style vocals and hard-driving instrumental proficiency, The Blue Canyon Boys are quickly becoming a staple in the Front Range bluegrass scene. With Gary Dark on mandolin, Jason Hicks on guitar and Christopher Goodspeed on bass, this power trio offers well-crafted original material on their debut release Just An Ol’ Dirt Road. With their humorous stage presence and fine musicianship, the trio has been earning a reputation as a bluegrass band that plays with sincere intensity and raw emotion.

Their unique style has been entertaining audiences for over two years, with traditional influences that include the Stanley Brothers, Jim and Jesse, and Jimmy Martin. Coming together from across the country, The Blue Canyon Boys blend the brother-duet style harmony of Dark, the jazz-theory education of Hicks and the classic-country-rock background of Goodspeed to create a bluegrass all their own. 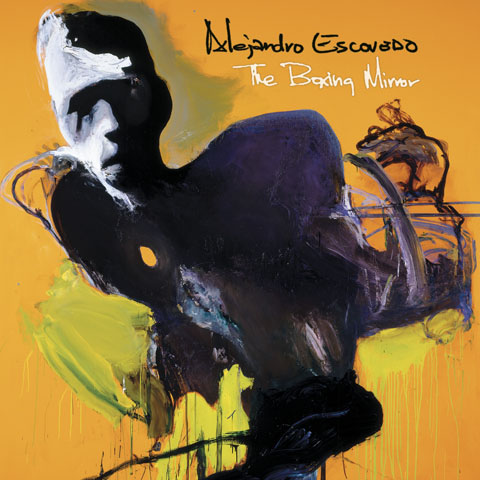 On the latest of his seven albums, Alejandro Escovedo shines in instrumental bliss.

The varied stylistic hallmarks of his previous albums are found in full force alongside new modes, moods and musical variations.

Escovedo was diagnosed with Hepatitis C in the late 1990s and has struggled to support his family with his touring. In 2002 Escovedo fell critically ill from the effects of his disease. He spent the next two years regaining his health and made two appearances at SXSW in 2004, proving his career was not over. His recovery has been a spiritual journey that he attempts to convey in his latest album.

I’m not a fan of The New York Dolls, but even so, New York Doll may well go down as one of the best rock and roll tales of all time.

The DVD documentary chronicles the strange journey of Dolls bassist Arthur “Killer” Kane from rock god to lost soul, to spiritual giant, capturing on film one of those rare occasions when life is not only stranger, but better than fiction.

From the heyday of the Dolls to Kane’s descent into drugs and alcohol, and through to his debilitating accident and his “LSD trip from God,” Doll doesn’t pile on regrets like a “Behind the Music” show, rather it gives a heartfelt portrayal of Kane as a struggling man, who has wronged in the past and is trying to right it. It’s beautiful. 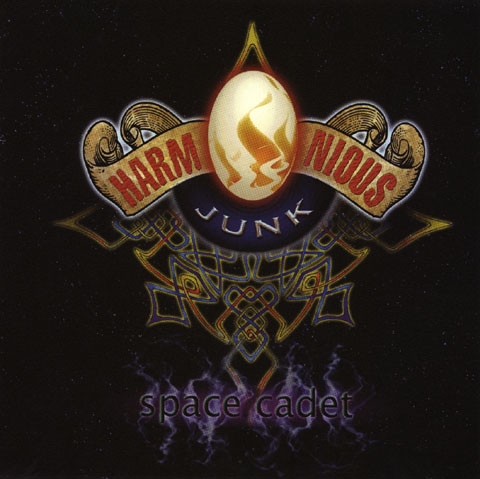 Harmonious Junk began as a side project by James Brown guitarist Damon Wood, finding influences and inspirations from the likes of Jimi Hendrix, Frank Zappa, Phish and more. The band was supposed to serve as a forum between tours with the Godfather of Soul, but has grown into much more.

The debut album is packed with the spontaneity and the creative material Junk’s performances are known for. In 2005, Westword voted the band Denver’s “Best Jam Band,” a title that fits well for the quartet.