Trending Stories from The Marquee
You are at:Home»Features»Melissa Ivey set to release new album
By Marquee Magazine on April 1, 2006 Features, Interviews 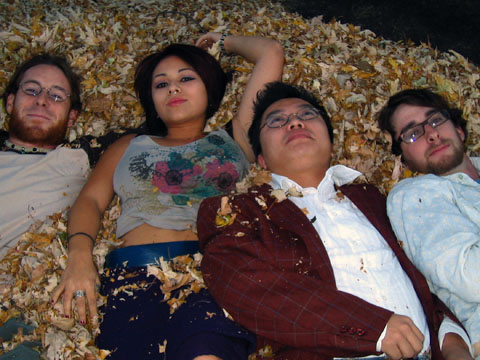 Melissa Ivey owns her art, and these days ownership in America takes a sincere and severe dedication to establish, grow and keep such an investment.

Born in Denver and raised in Northern California, Ivey took to music as an escape. “I grew up cutting class and heading out to San Francisco,” Ivey recently told The Marquee. “And at school they always said ‘We always saw you leaving school, but never saw you at school.’ So I got in a lot of trouble, but at an early age I realized I was driven to music and I knew what I wanted to do.”

And she does it well. Her songs seduce and beguile, entice and enchant a listener with distant yet comforting familiarity of small town Americana. A Denver resident since returning to the area in 2002, she has stormed the local singer/songwriter scene with her own brand of passionate and provocative overtures. This spitfire of a songstress was recently lauded for her craft in songwriting, winning Westword’s Showcase 2005 in the singer/songwriter category.

She discusses the prospects of her industry future like an aged veteran, and in some respects at the age of 23 she is. Ivey earned her education through the music industry itself. Early on she realized that there is the business of music and the music business and at times they are mutually exclusive.

“I’ve been doing it for eight years. I’ve been the booking agent. I’ve done the firing and hiring. It’s business first and foremost. If you have great songs, no one will hear them if you don’t have great business.”

The concept of music as a business planted a seed with Ivey early on. In June 2004 she, at the age of 20, seized the opportunity to go full throttle into her craft and founded her own production and marketing companies, Ivey Productions, L.L.C. and Ravyn Skye, L.L.C. “We’re truly unique in a sense that if no label signs us or distribution deal comes through, or no licensing gets set up, we’ve set ourselves up to succeed.”

A shrewd businesswoman, Ivey is at times skeptical and logical, yet risky and bold. “I’ve talked to bands who were supposed to be the ‘next big thing,’” she said, “and they all said ‘Be careful what you sign.’ There’s never a ‘for sure’ thing in this business unless you’re for sure doing it for yourself.”

For her latest disc (untitled at press time) she has cleverly created “themed” release parties which highlight songs from her latest disc. At her April 22 “fantasy/romance” themed show at the D-Note in Arvada, Ivey will highlight her performance with the release of the single “Lovers and Stars.”

Ivey was contacted by some of the industry’s most talented songwriters for her most recent project, most notably Christopher Jak and The Knack’s Burton Averre, who co-wrote and co-produced some of the tracks.

Eager to work with Ivey, Averre helped her hone her skills, toning songs down to minimalistic simplicity. “Burton Averre of the Knack is one those old school guys who says ‘This is what makes it a good song,’” Ivey said. “He taught me what to do and what not to do. And what rules I can break. And now, every time I write a song. I go back and ask myself: ‘What would Burton do? What would he say? How would he analyze this?’ He helped me by setting up the rules to songwriting.”

While Ivey has more than immersed herself in the industry and takes on the role of businesswoman in the process, she said that she couldn’t be happier that she chose this path. “Music is everything I thought it would be, but cooler,” said Ivey. “I always thought it would be this cool and it is. So I appreciate that.”