Trending Stories from The Marquee
You are at:Home»Features»’8Os legends The New Cars and Blondie team up for classic summer tour
By Marquee Magazine on May 1, 2006 Features, Interviews, Lisa Oshlo 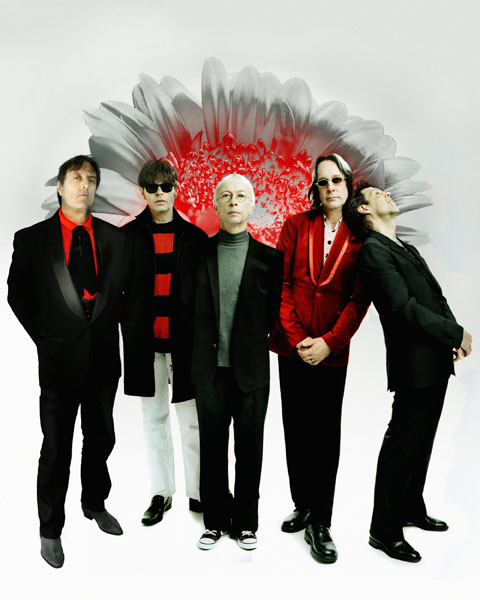 A rare and historic double billing, the New Cars and Blondie hit the road together this spring for Road Rage Tour 2006. It will be the first tour of Cars material in 17 years, the first time out for the New Cars, and Blondie’s first tour since being inducted in the Rock and Roll Hall of Fame last March. As such, it is likely to be one of the biggest and most anticipated shows of the season.

Joining the Cars’ original guitarist Elliot Easton and keyboardist Greg Hawkes are Todd Rundgren on guitar and vocals, fellow Utopia member Kasim Sulton on bass and vocals, and Tubes drummer Prairie Prince. The band will be performing a mix of classic Cars songs, Todd Rundgren songs, and material recently recorded by the newly formed band. The Marquee recently had the opportunity to participate in a conference call with members of the New Cars and Blondie.

“With the new lineup, we’re going to bring a certain freshness to the old material,” said Hawkes.

“Between the two bands, it should be a very entertaining night of strong music,” added Easton.  “Blondie comes from a similar era, and we just think it’s a great night of songs, and you’ll know the words to every song.”

While some people doubt the viability of the New Cars, the band is not deterred. They point out that the music has aged well, and that the Cars’ influence can be heard heavily today in bands like the Vines and Franz Ferdinand.

“I’ve been a fan of the Cars since I first heard ‘Good Times Roll’ on the radio,” Rundgren said. “So, in that sense, if it’s not the fulfillment of a lifelong dream, at least it’s the realization of something that I think has a lot of potential to it and will be, ideally, fun for everyone involved.”

Everyone involved includes Blondie, and they are equally as excited for the pairing. “I’m really looking forward to this,” said Debbie Harry. “I think it’s going to be a very powerful show, and it’s probably one of the most compatible bills that we’ve ever been on, as far as musical styles.”

Blondie and the New Cars share some of the same musical sensibilities, having both emerged during the late ’70s and early ’80s “New Wave” era. On this tour, Blondie will largely be supporting their most recent release, Sound and Vision, which contains many of her classic songs. Some included are “Heart of Glass,” “Call Me,” “The Tide is High,” and “Sunday Girl,” as well as the newly-released and critically-acclaimed mash-up “Rapture Riders,” which combines Blondie’s hit “Rapture” with The Doors’ “Riders on the Storm.”

The New Cars will be playing music from their greatest hits collection, The New Cars: It’s Alive, which will be released on May 9. Both old and new songs will be showcased.

As an added bonus, fans who purchase tickets for the shows online will be given a code for an unprecedented free download, which contains a total of ten songs split evenly between the two bands. Of the five songs from the New Cars, four will be classics and one will be the recently recorded “Not Tonight.” Of the five songs from Blondie, four will be unreleased live tracks, while one will be the new studio effort, “More than This.” The New Cars are also offering a free one-year membership into Easy Riders, the band’s official fan club.

Harry spoke of Blondie, but her words easily could have applied to her touring partners: “We did some inventive and exciting things with our music. I think we broke some ground. We came out of a really powerful time in music — a really good transitional period, and we’ve lasted. Our music has stood the test of time.”