Trending Stories from The Marquee
You are at:Home»Features»Austin City Limits solidifies city as music capitol
By Marquee Magazine on May 1, 2006 Features, Festival Coverage, Michelle Gross, News 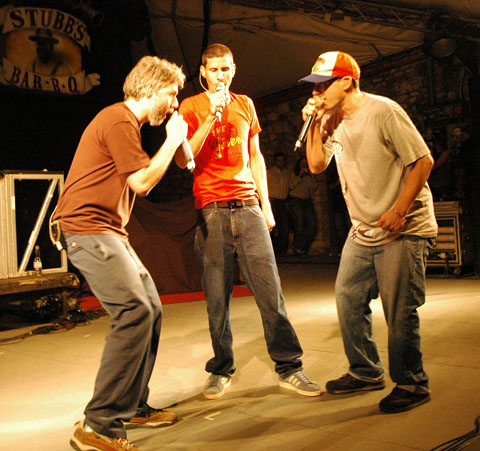 The City of Austin has always been recognized as one of the live music capitols of the world, and the presence of the ACL festival is only helping to perpetuate that image.

Whereas the Austin City Limits television series  traditionally paid homage to its Texas roots, the ACL Festival has been the place to find break-out bands and international sensations alike.

In 2004, promoters sold 75,000 tickets in one day of the festival, which prompted them to set a cap of 65,000 tickets for 2005. And it’s no wonder that the festival is so well attended. Last year, ACL attracted artists such as Coldplay and Death Cab for Cutie, and according to wikipedia.com, rumored artists for 2006 are U2, Wilco and Beck.

(As calculated by mapquest.com from Denver, Co., to Austin, Texas).

ALONG THE WAY: Austin is like a candy store for music freaks. The musical history of the town is palpable. With an unparalleled list of musicians who have called Austin home (Townes Van Zandt, Stevie Ray Vaughn and Junior Brown, to name a very select few), the town is teaming with musical attractions, such as the famed Stubbs, which has been ground zero for musicians ranging from Vaughn, Jimmie Dale Gilmore, Johnny Cash and Willie Nelson.