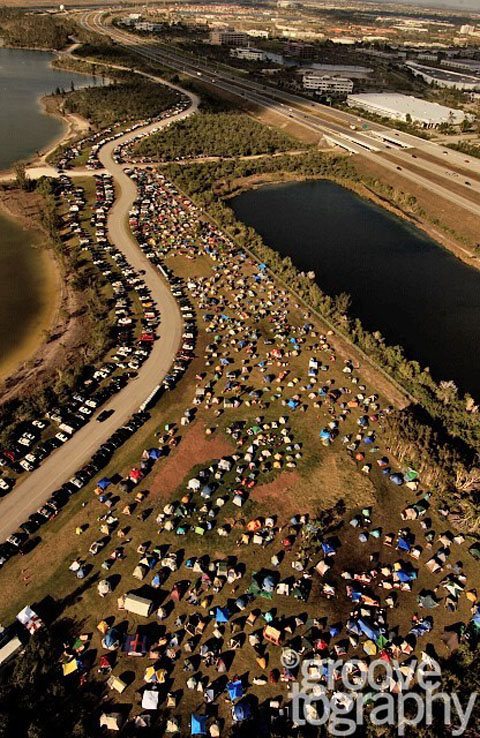 The modern-day music festival was born in 1969 when two hippies from New York lost their financial shirts by putting on Woodstock. Though Woodstock ’69 was a disaster from a dollars-and-cents standpoint, it became crystal clear to promoters that the idea itself — packaging bands together for an all-day or all-weekend, event — made good sense.

In today’s musical world, where concert goers have a wealth of choices, the festival format makes more sense than ever. It gives ticket holders a chance to get major bang per buck, and, while the planning may take a bit more time for the promoter, it helps them as well since they can put their eggs all in one basket.

All of that aside, the festival format, at its core is, simply fun. It’s a chance to shed the every-day world and live for a day or a weekend in a musical utopia with anywhere from a few hundred to a few hundred thousand like-minded musical freaks.

One of the best parts about a festival is the music it can expose listeners to. While you may chose to attend based on a headlining act, the “filler” sets from up-and-coming acts can be highlights as bands transform from simply a name on the list to tangible success stories.

In recent years, many festivals have taken on the format of industry conference and festival. It’s another smart move, as it gives industry personnel an excuse to attend (“I have to speak on the such and such panel”), and it helps create buzz. When someone in the office of a music magazine makes plans to head to a festival, that word of mouth is golden.

Whether you’re in the industry or not, those conferences can be almost as interesting as the bands themselves. Conferences also give artists the chance to interact with industry decision makers.

This month The Marquee looks at some of the top festivals around the world, the country and the state. From the Azkena Rock Festival in Spain to the Folk Festival in Lyons, each festival has its own flavor, and we hope to uncover a bit about what makes each one unique and worth attending.

Note: All travel times and distances are calculated from Denver, using mapquest.com. Price is marked by a dollar sign ($) with $ being a free or inexpensive ticket and $$$$$ being the most expensive.

We hope you enjoy, and we’ll see you at the festivals.