Trending Stories from The Marquee
You are at:Home»Features»Musselwhite puts the south under the microscope with Delta Hardware
By Marquee Magazine on May 1, 2006 Features, Interviews, Timothy Dwenger 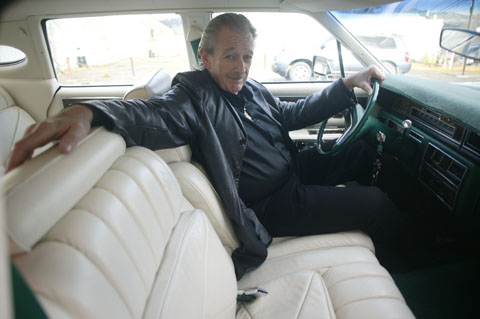 On the south side of Chicago in 1964 a small bar is packed to the rafters with blues fans who have come out to hear how the harmonica is really played. It isn’t some longtime resident musician on the bill tonight, but a newcomer, Charlie Musselwhite, who is gracing the stage. Having grown up on the same Memphis streets as Johnny Cash, Elvis Presley, and Jerry Lee Lewis, Musselwhite embodies the essence of American roots music.  “I used to see Jerry Lee driving around in his orange Continental convertible. His hair would be flying in the wind as he was going to get a burger at this joint I knew on Highway 51.” Musselwhite recently told The Marquee.

Musselwhite soon got the itch and became enraptured by the idea of moving North to Chicago. He packed his bags and took off up Route 51 to pursue a career in blues music.  “Everybody was there … I’d been listening on the radio and had their records … Muddy Waters and Howlin’ Wolf and Little Walter and Sonny Boy. It was great!” It wasn’t long before he got the opportunity to record an album for Vanguard Records. He put together a band and released his first album Stand Back! Here Comes Charlie Musselwhite’s Southside Band. The album was the first of more than 20 that Charlie has released to date and stands strong in his catalog as one of the best blues records of the 1960’s.

On his 2004 release, Sanctuary, Musselwhite continued his legacy of legendary musical collaborations as he enlisted the help of several guest musicians including Ben Harper and the Blind Boys of Alabama. “One day Ben and I got to play together backing up John Lee (Hooker). Ben and I clicked so well musically, and we had so much fun, that every time we saw each other after that we said, ‘We gotta record. We gotta record.’ Finally that opportunity came around, and it was a heck of a lot of fun,” he said.

His new record, Delta Hardware, will be released on Real World Records on May 16, and it promises to be another scalding blues experience. With inspiration pulled from the recently-ravaged Mississippi Delta region, Musselwhite, who just turned 62, isn’t afraid to tackle very real social issues.  His lyrics paint a picture of the region in a time of hardship and call for the country to brace for more.