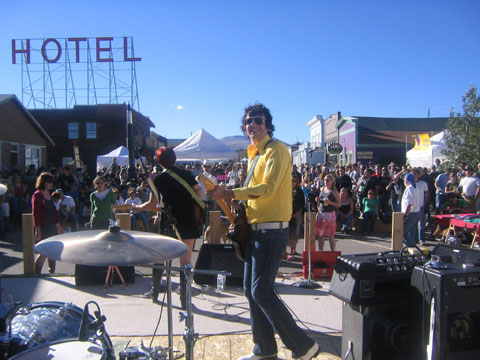 With only two years under its belt it’s hard to believe that the South Park Music Festival is on the verge of becoming the state’s best festival, but it is. Under the tutelage of director Matt Fecher, the festival has grown from a small gathering two years ago to a monsterous indie event in 2005, and plans are to expand for 2006.

Last year, the festival featured Margot and the Nuclear So and So. No one really knew the band, but since the festival, they have signed to a label, released their debut and filmed their videos. We can only hope that 2006 provides another break-out band like that.

Most bands are unsigned and unheard of, but that’s part of the allure in the tiny, white bread mountain town.

ALONG THE WAY: On Highway 9 in Alma, just outside Fairplay, lies the South Park Saloon. The bar claims the distinction of being the bar with the highest elevation in North America.