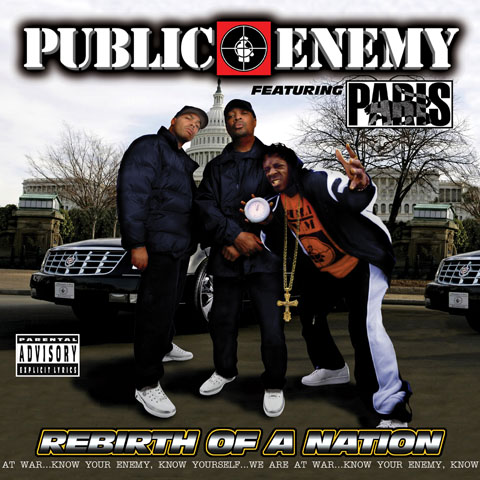 Rebirth of a Nation

There’s no denying the fact that over the ages disasters of all kinds have motivated those of an artistic bent to make some astounding art and music in response. In many ways, for good or bad, our entire history is documented through the eyes of those who are inspired, or in some cases enraged enough by an event to create a lasting emotional footnote. That’s the case with Rebirth of a Nation, the new album spearheaded by rap ambassadors Public Enemy and political activist/rapper Paris.

Rebirth of a Nation, an album born as a response to the devastation of Hurricane Katrina, is a legendary project in several ways. Released less that a year after Public Enemy’s last album New Whirl Odor, Rebirth of a Nation marks the first time that Public Enemy leader Chuck D. has let somebody else pen the band’s lyrics. The result is, in a (compound) word, mind-blowing.

Paris’ words backed by Public Enemy’s trademark sound create a powerful album that demands answers for the thousands and thousands of people affected by one of the country’s most tragic natural disasters.

Chuck D. pulls no punches on Rebirth of a Nation tracks like “Raw Shit” (featuring original N.W.A. member MC Ren) and the album’s flagship track “Hell No, We Ain’t All Right” takes strong issue with the emergency response, or lack thereof, after the storm hit.

Chuck D. has never seemed more like a leader and prophet than he is on this album and the album’s rough, confrontational beats only add to the album’s sense of urgency.

While Rebirth of a Nation certainty attacks those outside the rap community, the album also singles out many of those inside the community as well.

Chuck D. and Paris lambaste the current hip-hop culture of drugs and violence throughout the album and stress the points of individual responsibility and social consciousness on tracks like “Hannibal Lecture” and “Hard Truth Soldiers.”  The album also features the upbeat Flavor Flav, who is in classic form throughout the album, most notably on the track “They Call Me Flavor” and the blunt, and somewhat disturbing, attack on plastic surgery called “Plastic Nation.”

Rebirth of a Nation is a landmark album and shows that rap music, despite its obvious pitfalls and in-fighting, is one the strongest forms of protest on record. Rebirth of a Nation may not be the best album of the year but it is easily one of the most important. 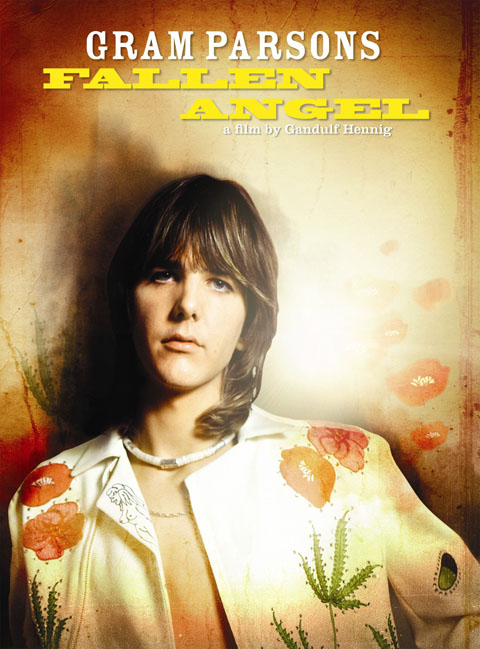 Gram Parsons’ music, life and legend are like a classic Tennessee Williams play, full of money, alcohol and tragedy.

In Fallen Angel, a documentary by producer/director Gandulf Hennig, Parsons, who so seemingly effortlessly spanned and combined country and rock, and inspired The Rolling Stones and countless artists since, is revealed in loving detail. Interviews with family, childhood friends, former bandmates and musical legends like Keith Richards, Emmylou Harris and Peter Buck, help to paint the detailed portrait of the young heir to an orange juice fortune turned musical icon.

From his work with The Byrds to the Flying Burrito Brothers to his final solo projects, Parsons’ discography is thoroughly dissected and intertwined with the amazing story of his life.

For those who don’t know Parsons, Fallen Angel will open a new world of musical exploration and for those who are already fans, it will reinforce what it was that made Parsons leave such an amazing, indelible mark on the future of music.

Moistboyz DVD raw as ever 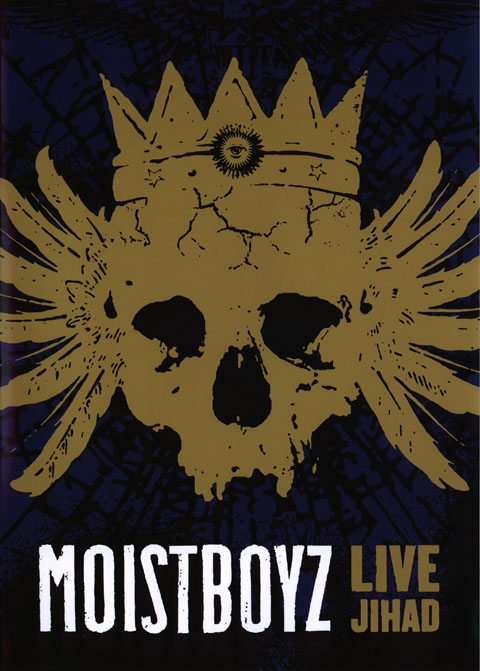 There’s nothing slick about Moistboyz, aptly named “because we sweat.” And with the release of Live Jihad viewers can almost smell the B.O.

Filmed at the legendary Bowery Ballroom in New York last fall, Live Jihad perfectly captures the raw energy of the intense punk-metal band, formed in 1994. There’s no special features or trite clips of the band walking the streets of New York. The DVD is as stripped down as the band’s sound, but still hits watchers like a cue ball to the face.

Paperclip’s Here’s my card is refreshing 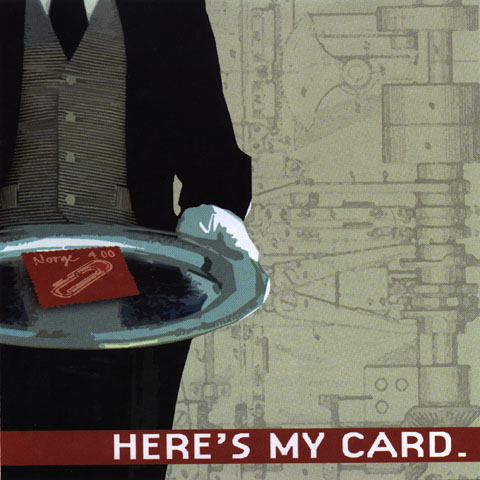 A band that contains a former member of moe. isn’t supposed to be anything but jammy. Once a jammer always a jammer, right?

The Boulder-based Paperclip features the former drummer of moe., Chris Mazur, on the kit and vocals, but draws no comparison whatsoever to his earlier patchouli-filled world.

Here’s My Card is a refreshing change of pace for the Boulder scene, demonstrating that despite hippie roots, even the most devout frisbee tossers can  and do change. 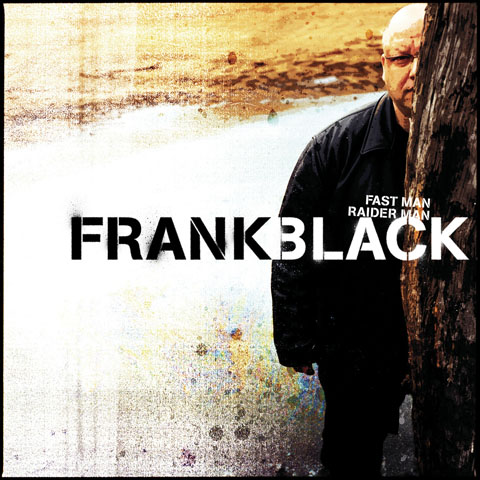 There are those who would praise anything released by Frank Black, those who think that the Pixies front man has never put out anything other than sheer genius. I am not one of these people, but when it comes to Fastman Raiderman, I probably sound like one.

The admittedly self-indulgent double-disc set is some of the most accessible Black to date; an inspiring blend that ranges from Pixie-esque material to country tracks to melancholy, insightful ballads. The album is also chock full of a similarly wide array of guests, including The Band’s Levon Helm and Cheap Trick’s Tom Petersson.

Light one moment and devastatingly introspective the next, Fastman Raiderman picks up where his last album Honeycomb left off, but goes miles beyond. 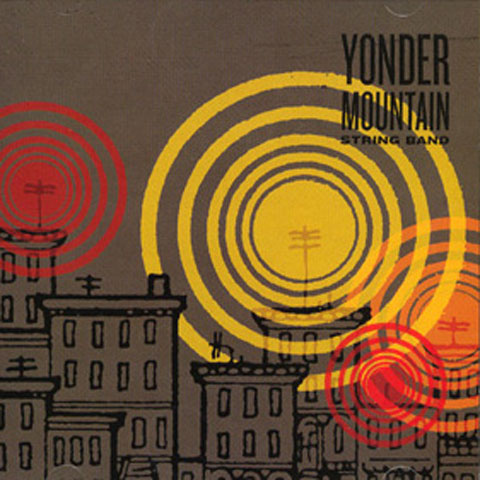 Never anticipate what Yonder Mountain String Band will do next. For their first studio release in three years, Yonder has teamed up with rock producer Tom Rothrock (James Blunt, Foo Fighters, Elliot Smith) to produce an album that comes out as a different kind of grass. Yonder’s musical style, which in the past has stuck to its bluegrass roots, shifts in a different direction when the band employs the drumming of Pete Thomas, who has previously played with Elvis Costello. The result is still bluegrass, but with a folk-country-rock twist. 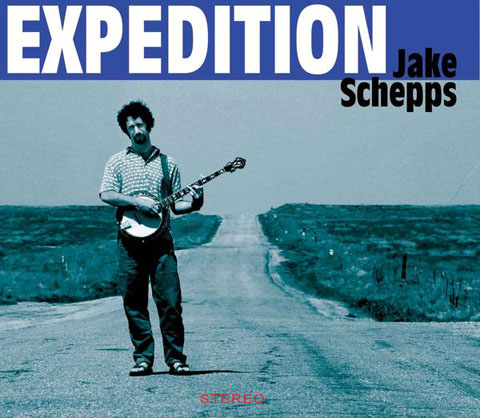 Inspired by a Strength in Numbers performance at the Telluride Bluegrass Festival, Jake Schepps began his journey into grassroots music. He began his travels the right way, by studying the basics of bluegrass banjo with the late-great Mark Vann of Leftover Salmon.

While much of the material on his debut album Expedition, is Schepps’ own work, the album also covers The Beatles, David Byrne, and jazz samba-master Luis Bonfa.

For this Expedition, Schepps teamed up with Front Range staples Greg Schochet, Ross Martin, Jefferson Hamer and many more, resulting in a first-class album of classical bluegrass. With a folklore tinge, Schepps has surely arrived on the  scene.