Trending Stories from The Marquee
You are at:Home»Features»Mason Jennings continues to thunder with the release of Boneclouds
By Marquee Magazine on June 1, 2006 Features, Interviews, Molly Chappell 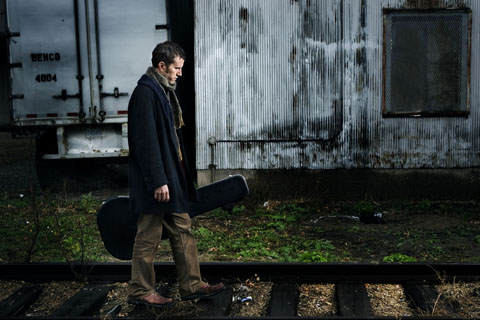 Mason Jennings’ is the epitome of an open book. With music that is delightfully honest the yo

ung man can’t help but wear his heart on his sleeve. His music exposes his deep connection to his spirituality, love, and pain.

But for Jennings, there’s no other way to present his music. “It hasn’t really been hard (to be exposed), because I couldn’t imagine it any other way. When I try to be something else it’s more difficult,” Jennings said in a recent interview with The Marquee. “I am interested in the experience of life, not its meaning.”

This may be true of Jennings character, but he uses his talent to derive meaning from his experiences so that he can share that understanding through his songwriting. Jennings style is embedded in his care. His music isn’t a gimmick; he simply writes what comes to him. “I don’t invent songs to be a certain way. They just pop into my head,” he said.

While this approach seems logical, many other artists have abandoned trying to find music in the simplest form, by playing what they feel — not playing to sell records or imitate a certain sound.

Jennings’ keen ability to transform his experience into song has propelled his path. He was born in Hawaii and raised in Pittsburgh, Pa. Dropping out of high school to pursue his music and traveling the States was natural. “My family thought it was a natural thing. It wasn’t exactly a solid home life. It was like walking out without a safety net and was a character building experience.”

Later, Jennings settled into Minneapolis — another natural move for him as his music is a reflection in the slow midwestern approach to life. He put his music on the line, as so many other successful musicians have, by playing in coffee shops and getting the word out there.

That early grassroots approach has given Jennings a faithful following from his humble beginnings when he started his own label, Architect Records, and distributed 100,000 copies of his first four albums on his own.

Things have come a long way from those first daring steps away from the norm. Jennings was the first musician signed by Isaac Brock of Modest Mouse to his Epic Records imprint, Glacial Pace. This has signified a change for Jennings as his new record, Boneclouds, released just last month, gave him the opportunity to work with musicians he holds in the highest regard. The album was produced by Noah Georgenson (Joanna Newsome, Devendra Banhart) and he was able to produce the album alongside Chris Morrissey on bass and Dave King (Bad Plus) on drums. Additionally, Brock helped him in the final stages of picking the tracks to weave his album into a great mix of songs.

Boneclouds, Jenning’s sixth album, touches a sense of reality and spiritual depth — as his other albums have — and successfully adds a new layer to his style with love ballads such as “Be Here Now” and “Gentlest Hammer,” that touch on the style of Lou Reed’s solo work, and “Jesus Are You Real.”