Trending Stories from The Marquee
You are at:Home»Features»Troubles, death, women and whiskey make The Earl Brothers happy
By Marquee Magazine on June 1, 2006 Features, Interviews, Kathy Foster-Patton 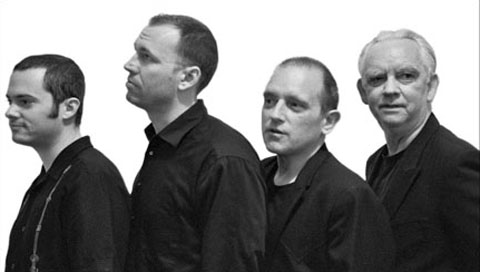 The Earl Brothers, a four-piece string band from Northern California, have been classified

as “hillbilly gothic” for the dark subjects that their bluegrass music addresses. The truth of the matter is, their raw and all-original songs make them just plain happy.

Guitarist and singer/songwriter John McKelvy took time out from preparing for a busy summer touring season to speak with The Marquee about The Earl Brothers, the influences on their music, and how they got together.

The band focuses primarily on original music, written by McKelvy and banjoist Bobby Earl Davis. McKelvy allowed that on rare occasions they might play a Bill Monroe song. He explained that when they performed the traditional tune “Cluck Oh Hen,” they changed the words and the chords — in essence producing a different song.

McKelvy wouldn’t give any song credence over another, saying that the band leaves it up to the listener to decide which ones mean the most. “Each of us put a lot of work into each of our songs,” he said. In addition to McKelvy and his songwriting partner Davis, the Earl Brothers are rounded out with mandolinist Larry Hughes and bassist Josh Sidman.

None of the four bandmates are actually brothers, and all are originally from the eastern part of the U.S. — Florida, Virginia, and New York.  They met in San Francisco, which is where they all call home now. McKelvy said that they took their name from Bobby Earl, and were looking for something that sounded real and old time. “The McKelvy Brothers certainly wasn’t an option,” he chuckled.

Davis and McKelvy founded the band after spending some time together hanging out in California bars and shooting pool. The four come from an eclectic background; McKelvy cites their experiences being in other bands over the years as the main influence that resulted in the current group. His own personal experience included punk and southern rock. In the early 1980s Davis and Hughes were in a band called The Squids, which entertained with electric bluegrass that had a punk sway to it. In retrospect, McKelvy says this was the early seed of the Earl Brothers. They feel that they now have a unique sound and are not bound to bluegrass.

The Earl Brothers released their first recording in 2004, titled Whiskey, Women, and Death. They followed that up with the recent Troubles to Blame, echoing the sad topics from the first album. They have been offered more than one record contract but have said no, saying that nothing felt right.

Record contract or not, the Earl Brothers are ahead of the game with a wealth of original music already prepared for their next endeavor. Davis and McKelvy already have 12 new songs in the bag for their next CD. McKelvy explained that they write a lot and their moods are similar, which provides the creative impetus for them to constantly produce new material.

The band members are looking forward to their upcoming gigs in Colorado, a state where they have performed only once before. Their summer travel plans also include shows in Tennessee, Georgia and Oregon. McKelvy says they are on the fringe of the bluegrass community — they are a club band and don’t play as many festivals as the more mainstream bands.

The “brothers” feel pretty darn good about what they are doing.  Their state of excitement is an interesting juxtaposition to the depressing topics of their music.