Trending Stories from The Marquee
You are at:Home»Features»Lamb of God to release highly anticipated follow-up Sacrament this summer
By Marquee Magazine on July 1, 2006 Features, Interviews, Matt Marty 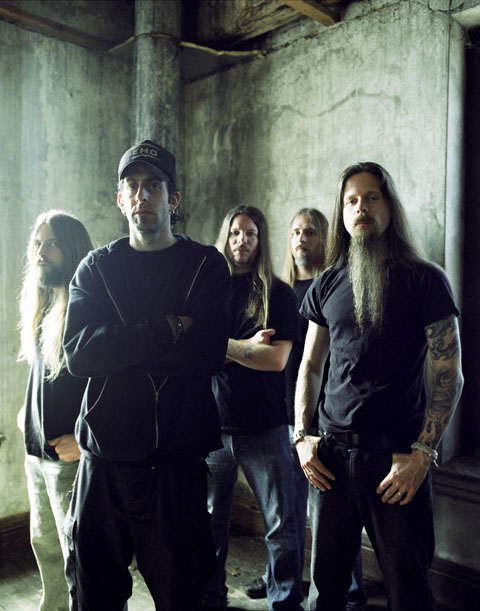 Staring down the barrel of their most highly anticipated record to date, the progressive metal quintet Lamb Of God is rising to the top of the metal world like their music — fast and ugly.

The roots of Lamb Of God trace back more than 15 years to Richmond, Va. It was there that college students Mark Morton, John Campbell and Chris Adler began their savage journey to becoming one of the hardest playing metal bands in the country. Today, Lamb Of God has two more members, Randy Blythe and Willie Adler, brother of Chris.

In the beginning, Lamb Of God had the difficult challenge of breaking out of the Richmond music scene. “We would play people’s houses and basements, which was an underground thing that goes on in the country today, and we decided we really liked doing what we were doing,” said John Campbell in a recent interview with The Marquee.

Just over a decade later, Lamb Of God signed with Epic Records after many other smaller record deals. And in 2004 they released Ashes of the Wake, which put Lamb Of God on the map. The album, which features appearances by Megadeth’s Chris Poland and Testament’s Alex Skolnick, is a dark and brooding collection of complex, structured metal. Revolver Magazine gave Lamb Of God the honor of Album of the Year in 2004, and the metal community is now waiting for the next thing from Lamb Of God — Sacrament, which will drop Aug. 22 on Epic Records. “We are always trying to outdo ourselves in writing and playing, and I think this record is a natural progression of what we do,” said Campbell.

With a highly successful major label debut there can be a lot of pressure to make a record that is different, while also incorporating familiar elements in new material. But Campbell said that it wasn’t a big hurdle for the band. “We have learned how to write music that has vocals involved.  There is more melody on this album and I think that this is our best record to date. It is a great reflection of who we are,” said Campbell.

More important than the commercial success of the album is the reaction of the band’s fans. Campbell said that the fans’ reaction is their major concern but that they truly have no idea how their die-hards will react. “Who the fuck knows?” Campbell said. “I really think they will dig it. I think it will keep our fans happy.”

As for the future, of Lamb Of God is on the road this summer with Slayer as part of the Unholy Alliance Tour, which will bring them to Denver this month. “We will be playing new material for the tour, but probably only one song a night. We don’t want to throw a bunch of new material out to a Slayer crowd and have kids just standing there with their thumbs up their asses,” said Campbell.

Lamb Of God is at a critical juncture in their career. They have the task of getting over the monstrous hump of following up a successful major label debut. Many bands fall short, but Lamb Of God has the talent, confidence and will-power to succeed. As the metal world eagerly waits for the new material from Lamb Of God, the band will be simply leaving a path of destruction through each city they hit this summer on their Unholy Alliance Tour.

:: With Slayer on the Unholy Alliance Tour::