Trending Stories from The Marquee
You are at:Home»Features»Steely Dan and Michael McDonald join forces for summer tour
By Marquee Magazine on July 1, 2006 Features, Interviews, Timothy Dwenger 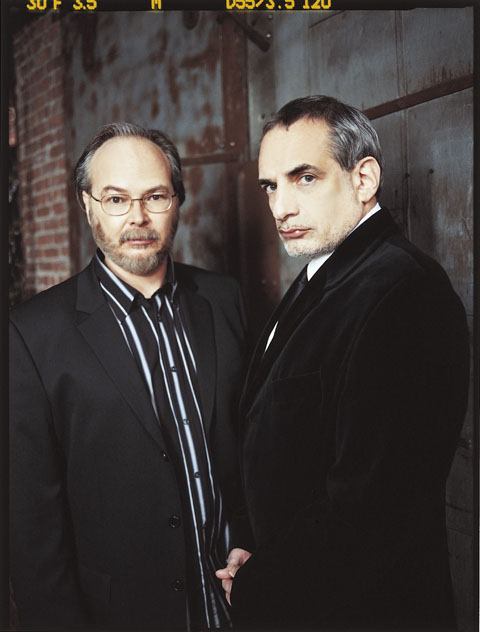 “This summer we’re going to try and condense the Steely Dan set down into a high-impact slamming type of set that will completely banish any talk of nostalgia or traipsing down memory lane,” said Walter Becker, one half of Steely Dan, in a recent interview with The Marquee.

Speaking about a tour with this much enthusiasm might come as a surprise to some older Steely Dan fans. While they have toured several times in recent years, back in 1974 Becker and his musical partner Donald Fagen bucked the trend of the music industry and retired from touring entirely for several years. They had grown tired of the rigors of the road and the mediocre sound in the venues. “At the point where we jumped out in the ’70s the control that we had over presenting our music and the way it sounded was pretty much hit or miss. Today it’s more consistent; the band sounds good every night and that really was not the case in the ’70s,” said Becker.

Early Steely Dan records were peppered with hits such as “Reeling in the Years,” “Do It Again” and “My Old School.” These early albums were constantly pushing the limit of, not only their musical abilities, but also the recording studios that Becker and Fagen deemed good enough to spend their time in. They are admitted audiophiles and put so much emphasis on attention to detail and nearly flawless studio sound that one can understand why the hit-or-miss nature of playing live in the ’70s might have driven them right out of the touring business.

As a strictly studio project, Becker and Fagen were able to concentrate on making the records they wanted to make. The results were some of the best material in the Steely Dan catalogue. Aja, Katy Lied and The Royal Scam were all released in the second half of the ’70s with Aja still widely considered to be the best Steely Dan album.

In 2001 Steely Dan was inducted into the Rock and Roll Hall of Fame. While they have clearly left their mark on the world of rock and roll, Becker doesn’t believe that they have really had much of an influence on popular music.  “Sometimes people remark that we had a big influence but I don’t really hear it … at least not in pop music. I think we are more of an influence on composers of advertising jingles and perhaps smooth jazz groups,” said Becker.

Whether Steely Dan is classified as smooth jazz, easy listening or white blazer rock and roll, it is truly an eclectic blend of music that includes thick blue-eyed soul vocals supplied, from time to time, by one of the kings of the genre, Michael McDonald.

McDonald and Steely Dan first crossed paths when Becker and Fagen were in need of a touring keyboard player who could supply some background vocals. “We were trying to recreate some of our things that we did on record. We didn’t have Dave Palmer with us anymore, who had sung the high parts on stage,” said Becker. “Then Mike showed up and could sing those very high parts in his natural voice and also had a very strong mid-register sort of range and a real vocal style. He is a very powerful singer. So, we immediately started to have Mike do some of the leads and sing parts of our songs that were perfectly suited for him. We were very opportunistically oriented in those days, and Mike showing up just gave us a whole other direction to go in.”

It has been 32 years since that first meeting at Modern Music Studios, and this summer Steely Dan and Michael McDonald will return to the road together. McDonald won’t take the stage as a full member of Steely Dan but he has promised to add his vocals to a couple of choice cuts throughout the night. His main focus will be on a full set of his own immediately preceding Becker and Fagen.