Trending Stories from The Marquee
You are at:Home»Features»Will Hoge’s slow-roasted Southern American Music is fiercely independent
By Marquee Magazine on July 1, 2006 Features, Interviews 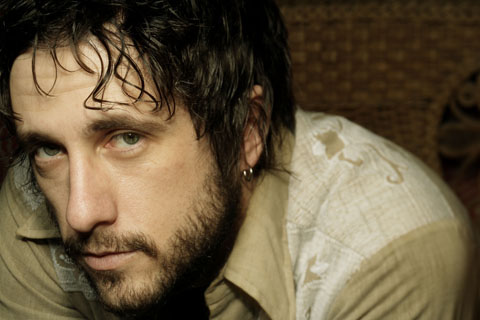 As authentic as BBQ, Will Hoge grew up basted and slow roasted in the rock and roll of the American South. “Asking me why I play the music I play is like asking me why I talk the way I do,” said the Nashville, Tenn.-based Hoge, from the road, in a recent interview with The Marquee. “I’m a product of my environment.” Along with the regular fired-up performances of his relentless tour schedule, his latest charcoal-fueled album, The Man Who Killed Love, independently released earlier this year, proves that being a product of his environment may be the magic in the formula that is Will Hoge.

“When you’re raised in the American South, you’re just sort of inundated with a certain kind of music. I grew up listening to music that I inherited from my father, like The Allman Brothers, Lynyrd Skynyrd, Otis Redding and James Brown. “That’s just life in the American South,” explained Hoge. “It’s not like I had to look very far for musical influences. It’s where I’m from.”

Between 1999 and 2002 Hoge and his band, with its various line-ups, played all over the Nashville area. He released two live albums and a studio album before Atlantic Records signed him in 2002. Hoge left the label for creative reasons shortly after his only major label release, Blackbird on a Lonely Wire, debuted in 2003. In 2004 Hoge independently released the politically charged America EP and another live album, During the Before and After

Musically, Hoge never strayed too far from his own backyard. “I didn’t ever rebel. Mötley Crüe and Poison never interested me too much. It was much more of a rebellion to listen to The Temptations, Eddie Kendrick and David Ruffin. I was never trying to piss anyone off,” Hoge said.

This being the atmosphere of Hoge’s suckling, it’s almost strange that he didn’t pick up an instrument in his early childhood. “I got a guitar in my last year of high school,” said Hoge. “But, the love of music was always there. At the time, a lot of people that I knew started getting guitars. I bought it from a friend who had it in his basement, it belonged to his dad. I bought it for twenty-five dollars.”

From that seminal point, the flame was lit. As he learned the guitar, Hoge started writing songs. “I didn’t do it in front of people. I just started writing songs on my own,” he said. “You try to develop as a songwriter and the first time that you write is terrible and then you’re trying to learn how to be a performer.” However discouraging the process may have been, Hoge put a band together and started performing live on a regular basis almost immediately.

Vocally, Hoge has been compared to the likes of Bruce Springsteen, Elvis Costello and Adam Duritz. This spicy, dry-rubbed effect is created by a combination of soul and sound. “Singing’s one of those things that’s easier for me. It comes more naturally. I’ve been doing it forever. It’s not something that I’ve trained formally to do. I think that early on you have to emulate. At first you listen to records and start hearing something that you like. You try to take some of that and then you hear Otis Redding and you take some of that and then you hear Hank Williams. After a while it’s just kind of like this is what I sound like,” he explained.

As for perfecting the sauce, Hoge’s process is far from over. “There’s definitely a want to get better,” he said. “T

he people I look up to, I think those people always have a desire to get better. To push yourself and always try to keep learning.”

Hoge recognizes how far he’s come from the days of his first guitar but isn’t resting on his success. “There’s some satisfaction about where I am,” he said. “Two years ago I would have cut my leg off to be where I am now. I think that you have to be content where you are but not be satisfied. I want to keep making more records and touring.”

The reason Hoge pushes on is for the love of the heat. “Shit, why wouldn’t you do it? You get to go up there and put on a show. That’s why you do this shit. When you’re 15 years old and your dream is to be in a band? We’re getting to live that dream. It’s an amazing feeling to walk on stage every night and play music.”