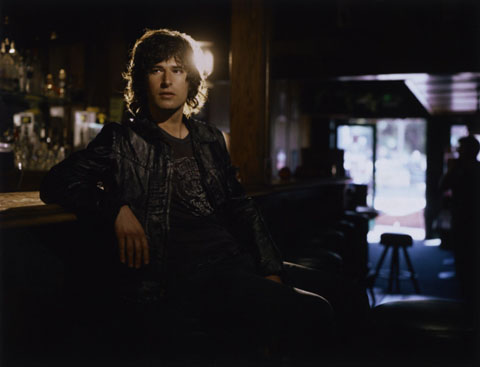 With the final album of his Day trilogy completed, Pete Yorn’s music provides a song to match any mercurial mood. Beginning with his sensitive and introspective debut album, musicforthemorningafter, Yorn fashioned the perfect record for a mellow morning, followed by Day I Forgot, a melodic album which revisited his childhood and paid tribute to his influences. Yorn recently finished the final album, Nightcrawler, a more lively and percussion-driven album to finish off the trilogy. Nightcrawler provides the energetic element to his music that hadn’t yet been featured.

Through his first album, Yorn presented himself as an introspective musician, keen on examining the depths of human relationships without falling prey to trite observations. These qualities were demonstrated again with the release of Day I Forgot in 2003. While the songs investigate melancholy themes, Yorn’s emphasis on percussion adds energy, which leaves listeners with a sense of optimism. Yorn’s calm, yet emotive voice encapsulates the heartache and the depth of his observations.

This dynamic, soft-spoken singer/songwriter is on the road again, showcasing these diverse moods with his first-ever acoustic tour, You & Me. The You & Me Tour provides fans an early chance to hear tracks from Nightcrawler, which is slated for release on August 15.

Making a three-album trilogy wasn’t always Yorn’s ambition, but as his final album wrapped up, it seemed natural.

“It just kind of evolved that way when I was trying to make sense of it all. I’ve been thinking about what I’ve done in the past and it all fit together in a way,” said Yorn in an interview with The Marquee. “I’ve always been writing by myself and recording most of it myself. It never was a full-band kind of thing. This could be the end of that era in a way. I might explore other ways to capture music on my next records.”

The newest project, Nightcrawler, remains in the thematic vein of his previous records, which explore love, mortality, jealousy and materialism. However, this album is more up-tempo, and Yorn anticipates the songs being made into club remixes.

On the opening night of his acoustic tour Yorn joked that he would be “nervous as hell without my band, my security blanket behind me.” Despite the nerves, Yorn is eager for the tour because it gives him the chance to reconnect with his fan base, which has always been his priority as a musician. “My favorite thing has always been super-sweaty, small, intimate shows where I can reach out and touch the fans,” Yorn said.

In addition to many small venues, he will also be performing at independent record stores before his main shows. While Yorn prefers dark, smoky venues, the record stores provide the chance to meet more of his fans, in a setting where their faces aren’t hidden behind a cigarette cloud.

After his You & Me Tour, Yorn plans to tour again, this time accompanied by his full band, to do a larger-scale electric tour. Given the early success of musicforthemorningafter, if Nightcrawler follows in its footsteps, the current tour may be one of the last chances for fans to see Yorn in an intimate setting.

“(The acoustic tour) lets me present the songs in the most simplistic forms,” Yorn said.

While his music may be simple, his musical background is not. For a musician in his early 30s, he has an impressive resume, starting with his family. Yorn’s mother was a concert pianist, and he taught himself to play the drums when he was nine. On his albums, Yorn usually plays most of the instruments, but drums are still his instrument of choice.

“In the studio, I tend to build up the songs starting with drums first, so a lot of the finished production usually has a tight rhythm section, which adds to the overall presentation of the song,” he said.

After graduating from Syracuse University, Yorn began pursuing his musical career. In 2000 Yorn gained exposure when his song “Strange Condition” was featured in the Farrelly brothers’ film Me, Myself & Irene. Later, Yorn signed with Columbia Records and released his debut album musicforthemorningafter in 2001. musicforthemorningafter went gold in 2002 after Yorn went on a world tour for 18 months to promote the album.

Yorn’s young fan base is very loyal, and most of his concerts for the summer are already sold out. Even when he returns to larger crowds after You & Me, Yorn’s priorities will stay consistent. “I just want to enjoy every day and experience everything that comes my way. Do right by my fans, do right to myself and stay honest as a performer,” Yorn said.