Rose Hill Drive peels out off the starting line with a classic, self-titled debut release 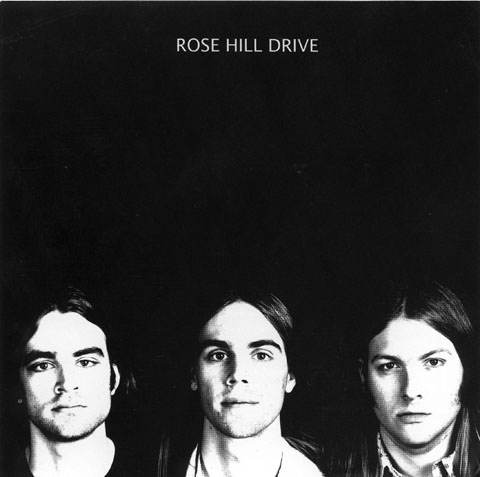 Rose Hill Drive’s debut full-length release is like the Oreo cookie of rock and roll albums. It’s got a hard, crunchy rocking outside, with a soft and chewy acoustic inside.

One of the most highly anticipated releases by a local band in recent years, the wait has apparently been well worth it. For several years now, Rose Hill Drive has been creating a mushroom-cloud of a buzz across the country and overseas. This summer the band completed their first headlining tour of Europe and opened for rock and roll legends The Who.

Their self-titled debut is spectacular, and shows one of the youngest, yet simultaneously mature rock bands to come out of Colorado, musically and personally.

Kicking off with nut-grabbing versions of the fight songs “Showdown” and “Cold Enough,” the power trio then launches into re-worked versions of their show-stoppers “Cool Cody” and “The Guru.”

Rose Hill Drive follows that four-song series of punches with a side of the band seldom seen, an acoustic montage of tracks including “In the Beginning,” “Brain Novocaine” — which received considerable airtime on KBCO radio earlier this year — the breathtakingly gorgeous “Declaration of Independence,” and “It’s Simple.”

Those songs prove that while Rose Hill can easily rock the hell out of a live crowd, they also have the musical chops and depth to go beyond head banging. Surprisingly, and quite thankfully, the acoustic tracks don’t come off as wanna-be ’80s “power ballads” — they’re more refined, and much less formulaic than their big-haired predecessors.

Rose Hill comes out of the acoustic segment of the album with the tenacity of a re-built Trans Am in fifth gear with the throttle stuck wide open. “Raise Your Hands” has been in the band’s live repertoire for some time, but the song is destined to hold that spot as a concert anthem, and this studio version proves that the song is not just a fun audience participation number. “Man On Fire” and “Reptilian Blues,” for those in the know, are the best examples of the band’s growth in recent years. Originally named “Soul on Fire” and “Mexico,” respectively, the two tracks demonstrate the enormous and sometimes seemingly impossible strides that the band has taken in their growth, re-working their songs, heavily road testing them and keeping their edge and freshness all at the same time. The album ends with the heavy blues stomp “Cross the Line,” which fades off with a marching beat that can only mean a sequel is soon to follow.

The album is sonically exactly what the band needed, something that could show their refined musicianship, but not sound like a slick, overly-produced studio effort. Co-produced by the band and Nick DiDia (Rage Against The Machine, Pearl Jam), Rose Hill Drive comes across like a well-dressed effort, but not so well dressed that they’re tuxedoed for the prom. The album was recorded in true rock fashion, with no Pro Tools, no auto-tuning, no studio tricks, just pure raw energy that went straight to tape — and that organic approach helps to highlight the band’s skill and sound as well as a perfectly-placed light can reveal the true beauty of a painting.

Rose Hill Drive is exactly what the band has been searching and hoping for, for years. The band has turned down other label offers, shelved other projects and vehemently stood their ground that their first album would be just that, their first, not their first and only. Their honest desire to build themselves on their own terms shines through tremendously on this album, and gives just a glimpse of a long future to come from Colorado’s best-ever rock and roll act. 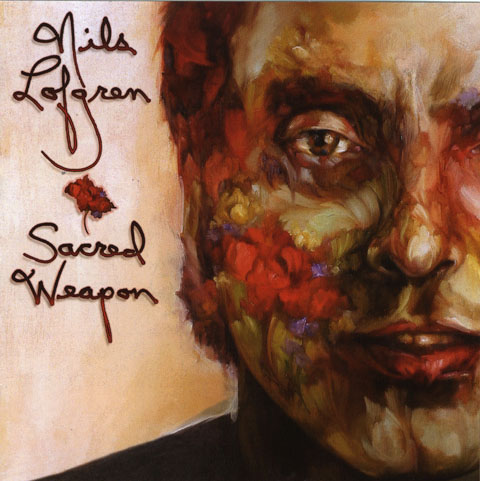 Nils Lofgren may not be quite a legend, but he’s definitely up there in the realm, with a career spanning four decades and 50 full-length albums. He’s played with the likes of everyone from Rod Stewart to Bruce Springsteen and countless others, but if you’re not a fan of his already, Sacred Weapon, his latest release, probably isn’t going to change your mind.

Much of the album sounds forced and trite, despite a whole host of special guests including Willie Nelson, Graham Nash and Martin Sexton, among others. It’s over-produced and so clean you could eat off it, and not in the good way. Lofgren probably hasn’t lost his edge but this album definitely doesn’t cut it. 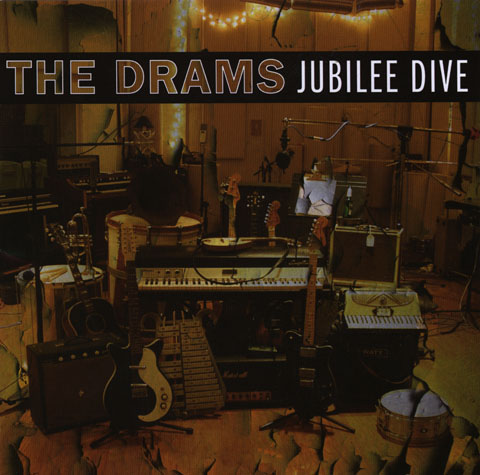 A blend that falls somewhere between the melancholy of Whiskeytown and the jubilant anthems of The Old 97s, The Drams Jubilee Dive manages to be simultaneously a thought-provoking commentary on our times and a hell of fun party that would compliment a 12-pack of industrial beer as perfectly as it would a nice bottle of wine. This dichotomy comes from singer/songwriter/guitarist Brent Best’s ability to embrace time-tested rock maneuvers with a fresh and vital take to the point where new material and tricks seem familiar and old standards seem new. 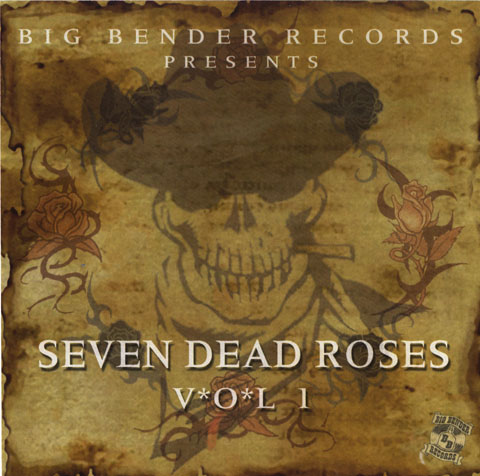 The folks at Big Bender Records have never hidden their passion for the whisky bottle, but with their release of Seven Dead Roses, it’s as if they’ve dropped to their knees to ask that bottle for its hand in marriage.

The compilation, which signifies the rebirth of the region’s only roots rock, alt-country, roadhouse record label, comprises seven of the area’s best bands. From Ash Ganley and the Lyons Rock Council and Clint Clymer, to Brendan McKinney, Oakhurst and The Shitkickers, among others, the album is a tour of the region’s twangy bands, and a strong, fun picture of the scene today. 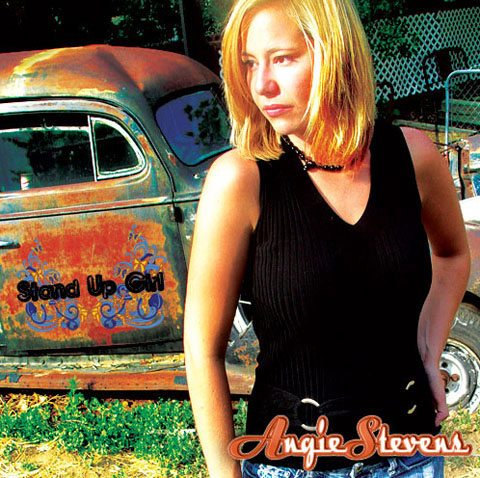 Singer/songwriter Angie Stevens puts it as eloquently as any young mother and wife would: “I’m just trying to find good enough.”

Stevens’ album, Stand Up Girl, showcases her vulnerable voice reminiscent of music from the ’50s and ’60s: a gentle combination of roll, (not rock), and traditional country. A sense of familiarity is delivered through her songs with exposed emotions and unadorned impact. With a past riddled with hardships, including the suicide of her older brother, Stand Up Girl can’t help but be the much-needed soundtrack for those of us who are finding the bubblegum, over-produced pop tunes of MTV’s “Total Request Live” unfit for dealing with real life problems.

Sandi Thom breaks out of loft and into #1 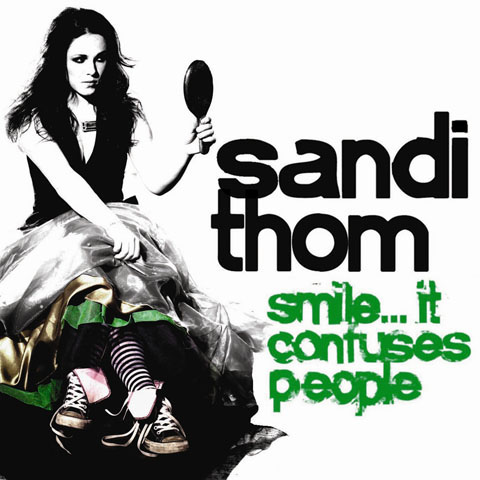 Being broke, living in a South London flat with nothing but a web-cast and Myspace, singer/songwriter Sandi Thom had a meager beginning from which to launch her music to the #1 spot on the U.K. singles chart. Thom draws on a musical palette that varies from Bob Dylan and Stevie Nicks to Stevie Wonder and Aretha Franklin. Her debut album, Smile … It confuses people, is making waves in the U.K. with the success of her first single, “I Wish I Was a Punk Rocker.” Smile showcases vocals that are reminiscent of the soulful Joss Stone and Janis Joplin with the small-town talent of, say, Kelly Clarkson. But don’t go running for the door at the mention of an American Idol, Sandi Thom is anything but. 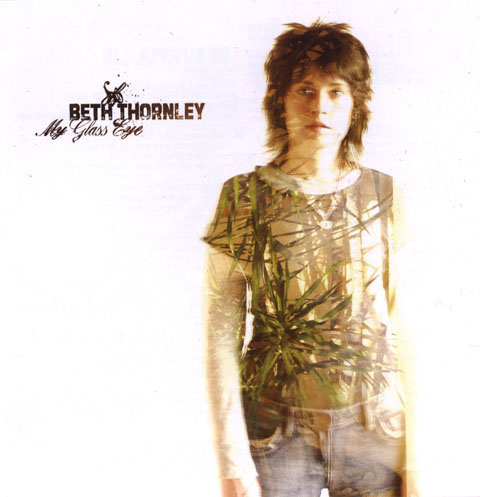 My only association with a glass eye before Beth Thornley was my eighth grade math teacher. This Alabama born singer/songwriter has officially replaced Mrs. Smith’s algebra and ever-present stare with a much more pleasant experience. Thank you, Beth.

Thornley’s My Glass Eye delivers each song with a distinctive viewpoint, a literate narrator, and a wealth of relatable imagery to interpret, with the tiniest hint of southern twang coming up every so often.  Thornley looks unapproachable, which works well with her gentle, welcoming voice that manages to be sweet without being a total party killer if it happens to play when your iPod is on shuffle. Thus, I have added it to my iTunes library: Ani Difranco meets Sheryl Crow.

Boris Garcia outdoes itself with Finest 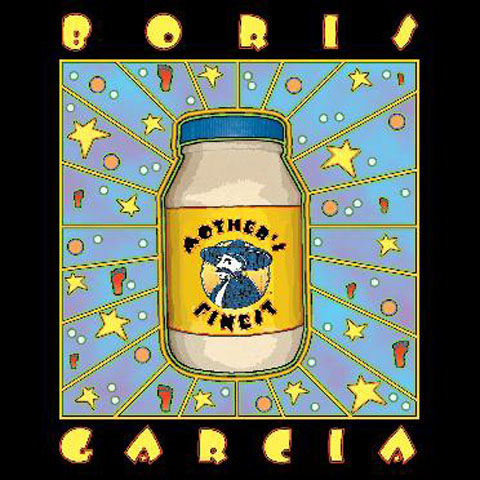 Although Boris Garcia started as a few friends pooling cash for studio time, their second CD has grown to so much more. Mother’s Finest surpasses any and all expectations of “the band that wasn’t,” combining the sweet acoustics of folk rock and up-beat bluegrass licks. 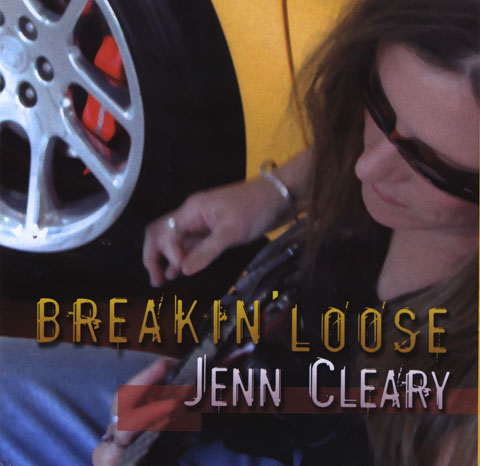 Jenn Cleary wrote her first song after going through a figurative and literal dark period of losing her eyesight. The result Breaking Loose is a musical instruction on letting go. On her debut album Cleary embarks on her own version of female indie rock, leaping from playful tones to social critique and inquisition. 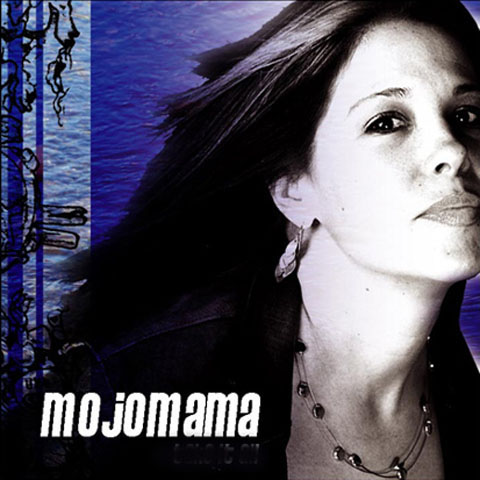 Mojomama’s sophomore album expresses a musical journey of growth that comes to life through the soulful singing of Jessica Rowand. Reminiscent of Bonnie Raitt and Aretha Franklin, Think. Feel. Listen. Love. takes on the sounds of ’70s R&B, Latin-flavored rock and the deep soul of ‘40s blues all at once.

Cool, Share this article: Twitter Facebook Google+ Pinterest LinkedIn Tumblr Email
Previous ArticleThe Flaming Lips think outside the bubble for newest CD At War with the Mystics
Next Article From the barstool of the publisher – August, 2006