Trending Stories from The Marquee
You are at:Home»Features»Ian Beert to play Hillfest and Nedfest
By Marquee Magazine on August 1, 2006 Features, Interviews, Marisa Beahm 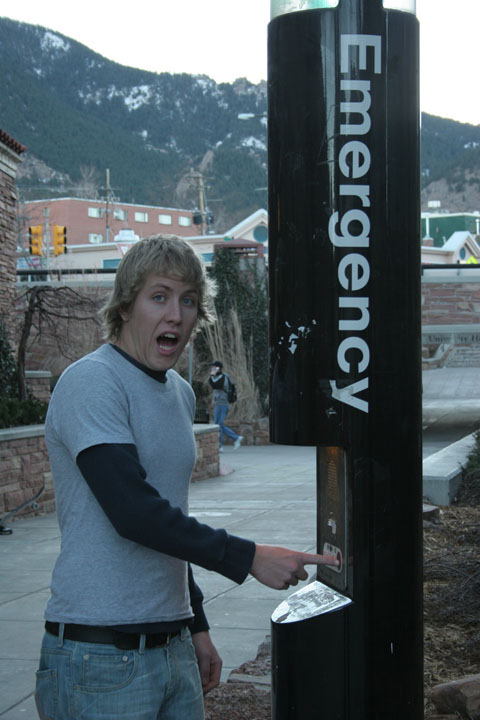 Good luck classifying Ian Beert: confident yet unpretentious, a musician who happens to be Christian, but is not a Christian musician, and a man whose music reflects past experiences, but who always lives in the moment.

With dedication, paired with passion and self-awareness that is evident in his music, Beert has proven himself a musician on the rise. Currently a senior communications major at CU-Boulder, Beert entered into the local music scene early in his college career.

Beert’s sound, like his personality, is graceful and un-forced. His expressive voice is either paired with light strumming on the acoustic guitar for a solo-set, or is backed by a newly formed band of local musicians. His style ranges from tender love songs, to up-beat funk, to “care-free bubble gum pop,” and he is even known to interweave a Britney Spears cover in his performances on occasion: anything to connect with his audience.

Forming a relationship with his listeners is a primary goal of Beert. He wants to reach his fans, not by ostentatious showmanship, but through humor and shared experience.

“I am not trying to be the funny guy or some sexy musician. The reality is I’m not all that cool.  I’m not all that sexy. I wear white shirts,” Beert revealed in an interview with The Marquee.

Influenced by John Mayer and Jason Mraz, Beert admires these musicians for their focus on lyrics, which is also at the heart of his compositions. Another of his influences is his Christian background, but he does not label himself as a Christian artist.

“I rarely listen to Christian music. Divine nature and God are so much more inexpressible than one song that says ‘I love Jesus,’” Beert said.  “Worship music, I don’t think, is one type of thing — all sorts of music is divine enough.”

Rather than focusing on worship music, he hones in on specific moments that he finds striking.

“Life is a continuous thing — we’re just going, going, going, but there’s some moments where it just feels that nothing is working, stuck-in the mud, or it starts pouring and you don’t even care about getting wet and you run around, or when your heart is broken and you don’t think there is any hope … moments of intense emotion that define who you are. That’s what most of my songs are: that moment in a relationship,” he said.

Beert’s musical career began with his family in suburban Chicago. Hailing from a mother who is an orchestra teacher and a father who plays cello, he grew up around music. Following in his father’s footsteps, he began playing upright bass in the fourth grade. This career ended in high school, when he got sick of “feeling like such a dork” when he had to carry his bass in front of the girls’ choir. Later, he reentered the music scene when he joined choir and picked up a guitar. After his freshman year of college, he began writing original work and performing at local venues.  His experience with performing in high school helped him combat nervousness at his performances. Without the nervousness, Beert finds performing inspirational.

“Playing at the Fox was the best hour of my life,” Beert said. “Everything was perfect. That’s the crazy thing about music, you write music about things that aren’t perfect, but for that brief instant you can feel totally at peace and connected with perfection.”