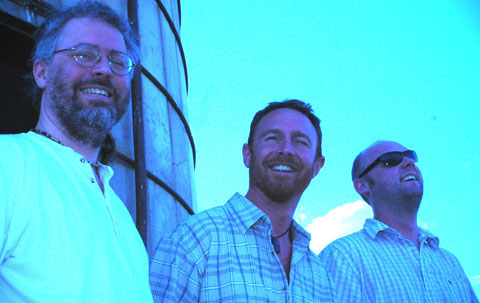 The Ethereal Plane has brought their funk-rock across the country several times over and now they’re back home again. As the summer season comes to a close the band will be bringing their sonic harmonics to the Nederland Music and Arts Festival along with Dr. John, the Motet, New Monsoon, Great American Taxi, ALO and many more.

The Ethereal Plane has appeared at the festival before, and this year they again have the honor of playing a late-night show at the Black Forest Inn, in Nederland. “It’s the with-no-end-in-sight late night show, where people really get down and party,” said lead guitarist and founder Patrick Latella, in a recent interview with The Marquee. “It’s a great energy to connect with.”

While there is no lack of inspiration on the road, Latella said that it is beneficial to be part of a strong community of musicians locally. “We like to be as creative with our instruments as we possibly can,” Latella said. For him, being surrounded by so much talent helps to push the music and also creates a great place to be experimental.

Off to an amoebic start, the Ethereal Plane took two years to find the right combination for its lineup. After solidifying into a power harmony trio in 2005, the band has taken on a life of non-stop rock. “The only way to get out there without signing to a label is to tour,” said Latella. Edwin Hurwitz provides heavy bass lines while Jason Folsom keeps the rhythm on drums.

The Ethereal Plane takes influence from classics like Jimi Hendrix, Pink Floyd and Led Zeppelin, combined with new-age electronica, an influence that is making its presence known in jam bands everywhere. “We’re each very individual people that spread through generations,” Latella said. Latella, who also writes most of the band’s material, and Hurwitz both have a long history of band experience that includes Butterhead and Shockra, respectively.

The band is looking forward to its performances at the Nederland Music and Arts Festival in hopeful anticipation to get their foot in the national festival door. “We really would like to play more festivals,” Latella said. In 2005, the band made appearances at the Telluride Jazz Celebration, South Park Music Festival, Nederland Music and Arts Festival and the Maydaze Festival. On previous tours, the band has played with frequent festivarians such as Perpetual Groove, Mofro, Tea Leaf Green, Moonshine Still and Cat Empire.

While The Ethereal Plane has enjoyed their time on the road, this fall the band will take a break from touring to spend time in the studio. Ethereal Plane has recorded a CD before, but not with the final line-up. Although the band is known for its live shows and dancing patrons, they are looking forward to focusing on the music in a studio setting. “A studio offers the band the opportunity to take the songs and the live energy gathered from performing into a completely creative environment where amazing things can happen,” said Latella. The band has hopes of putting out the album by November, but there is always room for a change in the plan. As Latella’s theory goes, “All the greatest music is made when it’s left open to chance.”