Trending Stories from The Marquee
You are at:Home»Features»Eric Bachman straightens up his crooked fingers for solo album
By Marquee Magazine on September 1, 2006 Features, Interviews, Timothy Dwenger 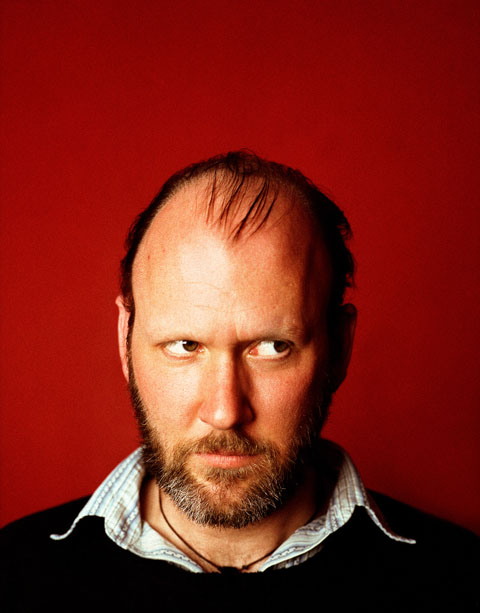 Whether performing as Crooked Fingers or under his own name, one thing is for sure: Eric Bachmann is an outstanding singer/songwriter.  His masterful manipulation of language conjures intricate images of hope or heartache as effortlessly as his delicate finger-picking sets the mood.  Standing well over six feet tall and built like a lumberjack, Bachmann is an imposing figure on stage. However, his soft-spoken banter and haunting vocals quickly shatter any preconceived notions as his audience hangs on his every word.

Bachmann’s most recent release, To The Races, is a solo acoustic record in the style of Bruce Springsteen’s Nebraska. Like The Boss, he has stepped away from his band for this record.  “Crooked Fingers has really become a band over the years and it would almost be a lie to say this is a Crooked Fingers album because it is really just me. Releasing it as Eric Bachmann just seemed like the obvious thing to do,” Bachman recently told The Marquee while preparing to head out on the road for a string of shows with Richard Buckner.

To The Races is as close to a truly solo project as many artists ever get. In the summer of 2005 Bachmann holed up in his touring van to live and write the majority of the songs that make up the album. As the songs neared completion he packed up and headed clear across the country to the small Outer Banks town of Buxton, NC. There, Bachmann transformed a small hotel room into a private recording studio and set to work on his first project for Saddle Creek Records, and that is where the he began to run into some trouble. “I don’t mind sleeping in my van and I don’t mind locking myself in a hotel room to get stuff done,” he said. “The issues start when you have a computer that is crashing all the time, microphone cables with shorts in them and preamps that are always peaking out. It’s the technical stuff that’s no fun to deal with when you are 300 miles from a music store.”

Musically, Bachmann relied heavily on his acoustic guitar and vocals to carry the songs on To The Races. Supplemented only by the eerie violin of Denver resident Tom Hagerman of DeVotchKa and the angelic vocals of Miranda Brown, it is a stunning collection of songs that is sure to stand the test of time.

With the opening notes of “Man O’ War,” To The Races opens the door to a thought-provoking and, at times, heartbreaking study of solitude, with more than its share of standout tracks. “I like ‘Man O’ War’ and ‘Carrboro Woman’ a lot,” Bachmann said, reflecting on the songs he wrote for the album. “‘Man O’ War’ has a good story behind it for me personally. I wrote it while I was in Spain and had been driving a rental car around for two and a half weeks. At the time, I spoke Spanish poorly and literally didn’t speak to anyone for the entire time and I was feeling pretty weird and isolated. I ended up in Tarifa and this really hot Spanish woman started talking to me and bitching about the United States government having a military base in Rhoda, Spain. I ended up getting drunk that night and around four in the morning I woke up and that song just kinda fell out,” said Bachman.

Bachmann hasn’t always penned melancholy ballads meditating on the darker side of life, and it seems he didn’t discover the emotional gravity of his soulful baritone until several years into his career. In the early part of the ’90s he was the front man and part-time screamer for a group that released a couple of albums that bore a closer resemblance to early Dinosaur Jr. than they did Nebraska-era Springsteen.

Archers of Loaf began life as a punk-influenced indie garage rock band and in 1993 they released Icky Mettle; an album that was quickly noticed by college radio around the country. Their loud edgy songs were perfectly suited for throwing keg parties and pissing off parents. “It was really fun to be in that band and when I hear that music today I am proud of it, but I don’t really respond to that music anymore,” Bachmann said, betraying his maturity. “If I had to go back and sing those songs I’d be lying to people. Maybe I’d be over-thinking things, but that is how I am.”

While he may look back on the music that he is making today in the same way ten years from now, it is clear that these songs emanate from his soul and that his delivery is fueled by the passion of a true artist — the kind of passion that is so deeply rooted it can’t be ignored.