Trending Stories from The Marquee
You are at:Home»Features»Ben Kweller releases self-titled album reminiscent of ’70s and ’80s singers
By Marquee Magazine on October 1, 2006 Features, Interviews 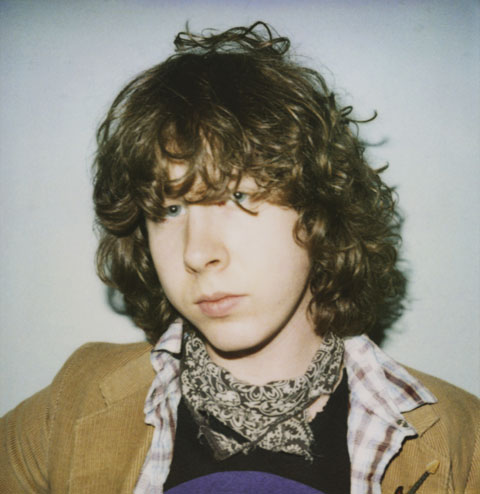 It’s hard to imagine Ben Kweller playing anywhere but the New York venues I roamed in high school. I was almost always the least cool person among a sea of anti-folk hipsters and musicians, and undoubtedly the youngest by several years (thanks to an unrealistic fake-ID and a little charm).

Before headlining tours globally, a 19-year-old Kweller moved to New York and frequented the small venues like the Mercury Lounge and the Knitting Factory. He quickly made friends with a herd of unquestionably talented musicians in the pulsating anti-folk scene of the Lower East Side. “There were a lot of bands that were starting out together,” Kweller recently told The Marquee. “It all started happening at the Mercury Lounge.”

Even on the phone, Kweller sounded like he was singing his answers above the movement of a Houston, Texas sound check echoing behind him. The tour, which began in Houston and will end in Brighton, U.K. around Thanksgiving, will feature Kweller’s third album, Ben Kweller (ATO).

“I wasn’t trying to make anything hip or cool,” Kweller said of his upbeat and slightly off kilter album. “It’s a really personal album, the lyrics are personal and direct and I played the instruments, so that all combined is why I called it Ben Kweller.”

The album, produced by Gil Norton (Pixies), is more reminiscent of the male solo rocks singers of the 1970s and ’80s than his past albums, yet still retains the soulful hopefulness that draws attention to his honesty no matter how old the audience is, or what language they speak. Every sigh Kweller sings seems more sincere than the note before.

On the album’s first track, “Run,” Kweller’s desperate sincerity gently echoes with Bruce Springsteen’s desperate “Born To Run,” while the closing track, “This is War,” is a high-energy heart pulsing with intensity and bleeding with revolution song. What Kweller calls the album’s masterpiece, “Thirteen,” perfectly illustrates his dynamic talent. It is a nostalgic soul-quenching ballad that feels appropriate as the tune behind a lost-lover’s montage in a indie flick.

“I guess I’m just getting older and hopefully wiser,” Kweller said. “The older you get the more experiences you go through, the more you live and the more you have to say about it.” While Kweller seems a bit young to make statements about growing “older” and “wiser” at only 25 years old, in reality, he has done more than most people have as they approach their mid-life crises.

At age seven, Kweller learned drums and at nine years old he wrote his first song on the piano. When the songwriter schoolboy received his first guitar (a red Fender Stratocaster) on his eleventh birthday, it was no surprise he’d be in a band a year later. Kweller left high school to pursue rock and roll with Radish, the band he’d first played with at 12 years old, and saw the world inside the studio and out. After four albums and a steady run of touring, Kweller and girlfriend (now wife) Liz moved to Brooklyn and began his solo career.

Today, Kweller has been with his wife for eight years (married for three) and is parenting their 3-year-old son, Dorian. Liz has been with Kweller since the beginning of his solo career. “She’s been with me through it all and she’s seen me grow and it’s definitely become a family business,” Kweller said. “She’s a great idea person. She’s a visual artist, she does a lot of my merch design. It’s like we run a little mom and pop shop with clothes and bubble gum, but with music and merch instead.”

• The Boy Least Likely To