Trending Stories from The Marquee
You are at:Home»Brian F. Johnson»Halloween shows around the Front Range:
By Marquee Magazine on October 1, 2006 Brian F. Johnson, Features, News 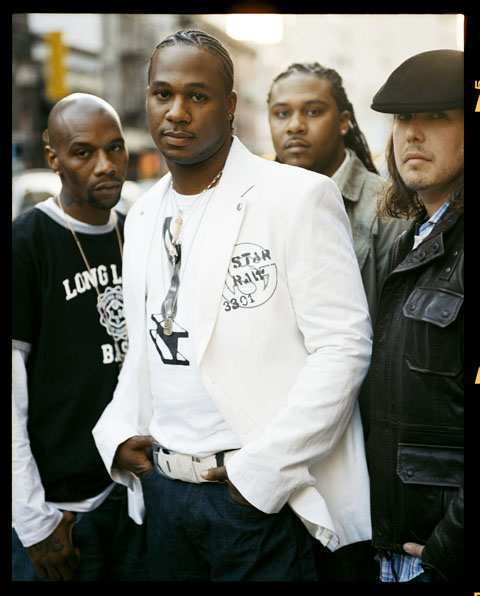 Halloween and New Year’s Eve are typically two of the best nights of the year for live music, particularly when those holidays fall on a weekend. This year we don’t get that luxury for Halloween, and many venues will be hosting their Halloween parties on Saturday, October 28. But for those who are still looking to venture out on the actual day for some trick-or-treating, there is still a great wealth of venues and bands to chose from.

Here are some examples (in no particular order). Check our full music calendar, which begins on page 32, for a full listing of shows.

Robert Randolph and the Family Band with Gomez — Fillmore Auditorium

Robert Randolph and the Family Band tore it up this summer while on tour with Drive-By Truckers and The Black Crowes. Many even said that Randolph’s sets blew away the headlining Crowes performances. Regardless, Randolph, who is known best for his approach to the pedal steel guitar, which eliminates the normal twang of the instrument in lieu of hard rocking Hendrix-esque jams, will light the Fillmore on fire on Halloween. With both of these bands together, the Fillmore will be one of the hottest tickets this year.

Tea Leaf Green is a San Francisco-based band of youthful gypsies with an abundance of rock and soul.

They have been described as a mix of Bob Dylan, The Faces and early Elton John, taking classic sounds and reminding crowds why they lifted their lighters into the air in the first place.

Their newest album Taught to Be Proud has been called breezy pop, with expansive exploration — a sonic hayride, as one reviewer called it.

Great American Taxi could well be one of the most unique and fun bands to roll down out of the Boulder foothills in recent years. A star-studded cast of men who mostly found and developed their chops immersed in the jam band world, Taxi’s great mission is to return some twang to Colorado, without becoming a country band. The result are tracks that range from  danceable sing-alongs to road-trip anthems that are impossible to pull out of your CD player. With Jefferson Hamer and Vince Herman doing much of the fronting of the band, the party vibe always follows the Taxi — no additional fare required.

A band that contains a former member of moe. isn’t supposed to be anything but jammy. Once a jammer always a jammer, right?

Boulder-based Paperclip features the former drummer of moe., Chris Mazur, on the kit and vocals, but draws no comparison whatsoever to his earlier patchouli-filled world.

Paperclip’s independent debut release Here’s My Card, spans genres from R.E.M.-style pop to late-’70s era post-punk. Here’s My Card is a refreshing change of pace for the Boulder scene, demonstrating that despite hippie roots, even the most devout frisbee tossers can and do change.

The fact that they’re playing at one of the last known bastions of mountain-town fun in the area, the First Street Pub in Nederland, can only mean one hell of a good time.

Though they’re still young, critics have raved about their shows and even likened them to the almighty Black Sabbath.

Working on their latest album The Red Tree, Moneen had a new awakening. For a band that is accustomed to touring extensively and taking only a month off to write an album before going back on the road, having real time to work on their songs was a concept they weren’t used to. The process was both refreshing and painful, but the frustration that came from continually analyzing their work turned into determination to make the best album they could. The payoff is a mature and diverse record where each song is epic, not in length but in scope.

Founded in 1998 by drummer Dave Watts, The Motet has become the Front Range’s go-to dance party. Mixing jazz, afrobeat, afro-Cuban, funk and latin, the Motet both embraces and eschews the jam world. For several years they have been performing other people works on Halloween and this year is no exception as they take on the repertoire of the queen diva herself, Madonna.

Formed in 2004, Whitewater Ramble is high-octane jamgrass that crosses and fuses traditional and contemporary genres into a modern-day pickfest that captures the magic where the predecessors left off and takes it to new levels.