Trending Stories from The Marquee
You are at:Home»Features»’8Os icon Thomas Dolby reemerges from obscurity with a new plan for his music
By Marquee Magazine on December 1, 2006 Features, Interviews, Timothy Dwenger 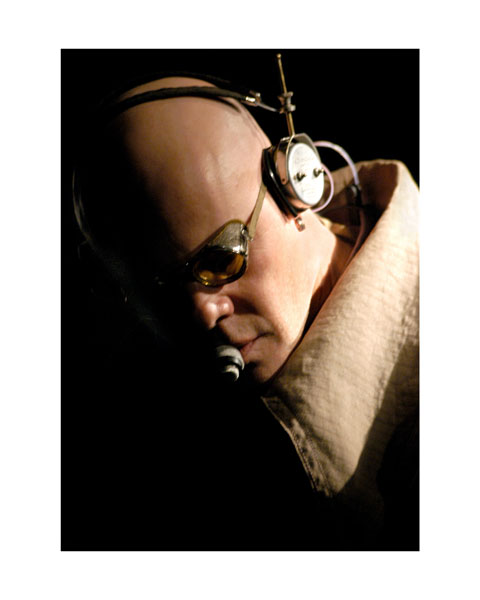 “I was very frustrated with the music industry at the beginning of the ’90s,” said Thomas Dolby in a recent interview with The Marquee from his home as he prepared for his upcoming tour with fellow electronic music pioneer BT. “I was also conflicted because I never really saw myself as a mainstream artist and yet I’d had breakaway commercial success with ‘She Blinded Me with Science’ and a couple of other songs. However, those albums also contained some very quiet, personal, esoteric songs which were the ones that mattered more to me and I didn’t really know whether people had bought the records and were coming to see me because they had bought into the MTV hype or whether I’d made a connection with them with my more intimate material. What I was finding was that my record company didn’t really care. They just saw the public as units that would come out of the woodwork and buy the record provided they threw money at it in the form of satin tour jackets and the back page of Billboard. I couldn’t really live like that; I needed to know who my audience was.”

As a result, in 1992 after releasing Astronauts & Heretics, Dolby quietly stepped away from the music industry and ventured into the business world. “Because I had always been involved with technology I saw the internet not only as a way to get in touch directly with the audience but also as so much more of an interactive experience for the audience. You have this ability to feedback to the artist and so on. All this was a pipe dream in 1992, but the possibility was there and it was fascinating to me,” said Dolby.

“What I thought I would do is head out to Silicon Valley and try to accelerate the whole thing,” said Dolby. “It was tougher than I thought it would be.” The company he founded, Beatnik Inc. (formerly Headspace), focused on his goal of creating new types of musical experiences for audiences. After several years of struggling, wireless technology and MP3’s emerged as a logical medium to focus on, and in 2001 Beatnik finally hit pay dirt when their software got licensed by a majority of the world’s cell phone makers as the ring tone engine for their phones.

Needless to say, Dolby’s decision to return to performing and recording music came as a shock to many of his fans. “I think it really took them very much by surprise when I suddenly reappeared with tour, album, DVD, website, blog, forum, etc. They didn’t really know what hit them,” he said.

The beauty of his return lies in the fact that it has nothing to do with the money that he stands to make in the music industry. He clearly doesn’t need the money and has chosen to do this because he feels a need to create, and a need to share his music with fans, new and old alike.

The first step was to reconnect with his older fans, the ones who were with him throughout his first foray into the business. On November 21 he released a live retrospective of his career on both CD and DVD called The Sole Inhabitant. The CD was recorded earlier this year in Chicago and the DVD in Boston. “The project is made up of older songs that I have revitalized in the live setting before moving forward and doing new material,” said Dolby.

Dolby did hint at the fact that he was writing some new songs but a new record isn’t on the horizon until some time next year. Right now he is focusing on getting back in touch with his fanbase and reaching out to a new demographic.

Dolby’s love of the new and the old stretches beyond his fanbase and well into the actual process that he uses to create his music. “I’ve always had a bit of a fetish for old things and I buy old oscilloscopes off eBay for 40 or 50 bucks a pop. Then I have this guy in San Francisco who guts them for me and replaces the old parts with midi controllers,” he said. “So instead of using the shiny new knobs and sliders to control my stuff I’ve got these big rickety old devices and they look kind of fantastic. I’ve even got a head-mounted camera that shows the audience from my point of view as I twiddle the knobs on these things and the images are projected on a giant screen behind me.”

With a fantastic live show, revitalized songs and new ones in the works, Dolby’s true intentions seem crystal clear since he has reemerged into the music industry. “The nice thing about what I have done here is that it has shown me who my core audience really is, and to my delight they could care less about ‘She Blinded Me with Science’ and ‘Hyperactive.’ They enjoy them but that is not why they are coming to see me. They are coming because they have been in love with ‘Screen Kiss’ or ‘Budapest by Blimp’ or ‘Airwaves’ for 20 years and it is part of their lives. It is clear to me now that I did make a connection with a certain number of people. It was a subset of the people who bought the record when it was all over the radio and MTV but that’s okay. Now I know what I have to work with and what I have to build on.”