Trending Stories from The Marquee
You are at:Home»Features»The Lemonheads return revamped after 1O years, but future is uncertain
By Marquee Magazine on December 1, 2006 Features, Interviews, Matt Marty 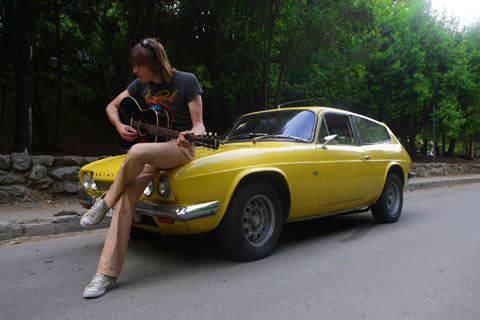 Ten years after the last Lemonheads album, founding member and guitarist Evan Dando is at it again with a new self-titled album that is backed by a twenty-two date U.S. tour that features the latest line-up of the band, with drummer Bill Stevenson from Black Flag and Karl Alvarez from the Descendents on bass.

Starting back in 1986, The Lemonheads have been seen with more than ten different bass players and at least a dozen drummers, while Dando has remained the front man and brainchild of the band. Starting out on the Boston-based label Taang! Records, The Lemonheads first released the highly regarded EP Laughing All the Way to the Cleaners, which found an audience in college students. With the band gaining notoriety, Atlantic Records decided to sign them.

In 1992, The Lemonheads recorded the Simon and Garfunkel classic “Mrs. Robinson,” which appeared in Wayne’s World 2, sparking their success. The band’s first chart topping single came on the wings of 1993’s Come on Feel The Lemonheads, which was followed by numerous Dando meltdowns and 1996’s Car Button Cloth, the last CD Dando would do with The Lemonheads for ten years.

“I took a couple years off, but since 2000 I’ve been playing a lot of solo shows,” said Dando in a recent very begrudging interview with The Marquee.

The new self-titled CD is a treat for Lemonheads fans and features that classic Lemonhead sound that was so prevalent in the early ’90s. Backed by a strong supporting cast, Dando is still able to wed his eloquent voice to his classic pop/punk melodies in songs like “Pittsburgh” and “Poughkeepsie.” Though it seems that the foundation of Stevenson and Alvarez has solidified the band, said Dando,  “Nothing is permanent.”

Behind this album lie some strong influences that contribute to the overall flow and structure.  “The Buzz Cocks were influences and, of course, the Descendents,” said Dando. commenting on the latter, Alvarez’s and Stevenson’s band.

Promoting the new CD, The Lemonheads are gigging from Santa Ana, California to Boston, Massachusetts in a little less than a month. But as for the future, Dando said that it’s completely up in the air. “No idea,” he said.

Although Dando’s material may never rise above the cover The Lemonheads did of “Mrs. Robinson,” this self-titled album is a step in the right direction. It is well put together and shows where Dando is at this point in his life. The songs are heart wrenching, happy and melancholy, and together they form a great CD. As for the current band members surrounding Dando, they do a great job complimenting him and filling in where he falls down. For the sake of the material they are creating, it would be nice to see them stick together.