Trending Stories from The Marquee
You are at:Home»Album Reviews»My Morning Jacket
By Marquee Magazine on June 1, 2008 Album Reviews, Jonathan Keller 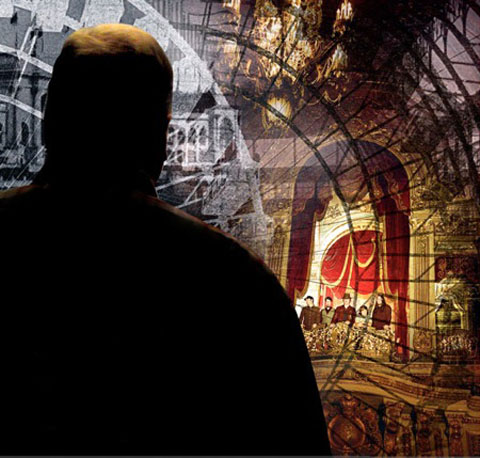 Evil Urges is a bold step in a new direction for My Morning Jacket and it is not often that a band would make that change as intentionally blatant as this band has. Hardcore fans of MMJ are either going to hate or love this album, but drastic change always fuels some form of backlash.

My take: MMJ has made their mainstream masterpiece and in the process has grown musically and shown they are mastering the art of making great studio albums.

Evil Urges is MMJ’s fifth studio effort and it is very much in line with the band’s general musical progression from 2003’s It Still Moves to 2005’s Z. In the same way Z was the band’s most polished album to date when it was released, Evil Urges follows the same path, further showcasing MMJ’s growing studio talent for crisp production and sonic experimentation.

With this album, MMJ has decided to be as up front as possible. They have intentionally placed their three strangest, most experimental songs as the album’s opening three tracks and even named the album after one of them. The opening track on the album, “Evil Urges” is a Prince-influenced rock single, featuring a heavy metal guitar and drum breakdown sandwiched with falsetto verses by lead singer Jim James. It might sound strange, but it works, even if it’s a bit jarring at first listen.

The second track, “Touch Me I’m Going to Scream,” sounds like it could be a collaboration with the French band Air, featuring soaring electronic keyboard interludes and a drum track that almost sounds triggered. Track three, “Highly Suspicious,” sounds very much like techno gone wrong, with a grunting robotic background vocal and more falsetto from James. Things get back to normal with track four, “I’m Amazed,” which brings the album back to familiarity and finds MMJ hitting their signature stride with duel electric guitars and James’ reverberated voice.

The remaining tracks on the album should please all fans of the band as they are what most would have probably expected the album to sound like. Standouts include the acoustic ballad “Librarian,” “Smokin’ From Shootin’,” and “Thank You Too.”

Having gained a reputation over the years as one of the premiere touring bands with their energetic and enthusiastic live shows, MMJ can only expect to further establish its fan base with Evil Urges.

This album is going to open a new door to new fans and do very much what A Rush of Blood to the Head did for Coldplay by the summer of 2003, take MMJ from clubs to arenas and make them a household name in popular rock music.