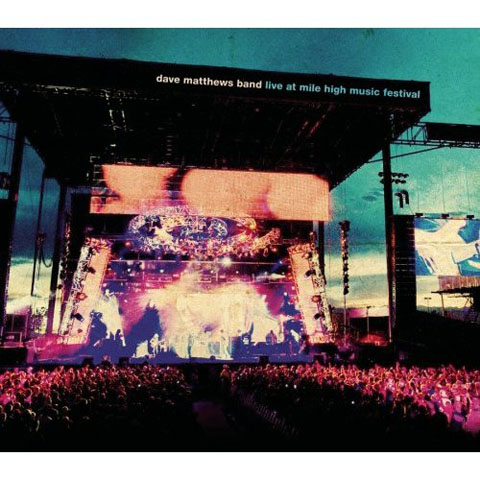 Let’s get something straight: Dave Matthews Band is not a jam band. They are a rock band and their fans mistakenly categorize them as a jam band. Their live jams are structured and there is very little real “band” improvisation going on anymore.

Ask any hardcore DMB fan and they will tell you exactly when the solos are coming and how they will end. I was a pretty big fan back in the 1990s. I saw my fair share of shows and still have a place in my heart for the group. I was at this show and it is always nice to have an official CD copy of a show you attended. However, this 3-disc set is a rock band, delivering more of the same.

Nothing really new here, except for two new cover songs which include a note-for-note rendition of Peter Gabriel’s “Sledgehammer,” Sly & The Family Stone’s “Thank You (Falettinme Be Mice Elf Agin),” and “So Damn Lucky” from Matthews’ solo release, Some Devil. Every other song has appeared on an official Dave Matthews live release and a staggering 11 of the album’s 21 songs were just released on Live At Piedmont Park last year.

Recorded on July 20, 2008 in Commerce City, CO as the closing set of the inaugural Mile High Music Festival, this 3-disc, 2-1/2 hour, multi-tracked set truly does sound amazing. This is clearly the best sounding live Dave Matthews Band release since 1999’s Listener Supported, although crowd noise can be a bit high in the mix at times for my taste.

Live At Mile High Music Festival is the first DMB release without saxophonist Leroi Moore, who died this past August, and the first to feature saxophonist Jeff Coffin (Bela Fleck & The Flecktones), who stepped in for Moore after he was killed in an ATV accident.

I am a dear member of the Leroi Moore fan club (he was one of my favorite members of the band) and while at this show and in listening to the CDs I must say: Moore is dearly missed. Yes, Coffin has chops and yes, he is a very technical player, but a certain amount of slickness is added to the band’s sound with Coffin’s tone. Just listen to his synthesized saxophone solo at the end of “#41”; I would rather listen to a Moore saxophone solo any day.

The band also features guitarist Tim Reynolds — who stepped in after keyboardist Butch Taylor unexpectedly left the band — and Rashawn Ross on trumpet. Reynolds takes his fair share of solo duties and turns in some fine solos on “Proudest Monkey” and “You Might Die Trying.” I don’t really know what happened in his solo at the end of “Jimi Thing,” but let’s just say things were obviously uninspired as he simply reverted to playing as many notes as possible over the grumbling groove.

Highlights of the set include the aforementioned cover songs, “You Might Die Trying,” a 14-minute “Two Step,” and an interpolation of The Flecktones’ “Sojurn of Arjuna” in “#41.”

Dave Matthews Band has made their name on constant touring and their high energy concerts. Simply put, they are one of the biggest touring bands in the world. I just wish they’d take more time off to write songs and give the fans a steady batch of studio albums (their last was released over three years ago). I am sure fans who were at this show will love this recording. For the fans who weren’t there, you didn’t miss much. 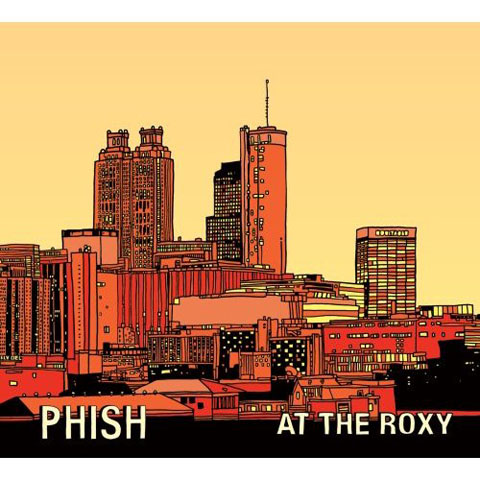 Having been on hiatus for the better part of four years, Phish has released their fair share of archived live recordings through their Live Phish and their Live Downloads series during the break.

But the just-released 8-CD boxed set, At The Roxy, is easily one of the better releases thus far and deserves to be part of any jam head’s collection.

Recorded over a three-show run at The Roxy Theater in Atlanta, Georgia from February 19 to February 21, 1993, these six sets clearly show a band in transition — honing their improvisational skills which would soon guide them into arenas. If the late 1990s saw Phish bring the heavy funk, the early 1990s were clearly an improvisational extravaganza.

Take Disc Five for example, which is the second set from the February 20 show. Phish plays a staggering 18 songs which all seamlessly transition from one to the other and back again — over 60 minutes of non-stop music. The first half of the set is anchored by “Tweezer,” the middle floats in and out of “Mike’s Song,” and the end of the set uses “Weekapaug Groove” as its launching point.

While the February 20, second show, is clearly the highlight of the boxed set (it probably could have been released on its own as a Live Phish release and is rated as a Phan Pick #3 in The Pharmer’s Almanac), the other two shows still hold their own.

The February 19, first show (which was on John Fishman’s 28th birthday), features a 15-minute “David Bowie > Moby Dick > David Bowie” and also features a guest appearance by Jimmy Herring (Aquarium Rescue Unit, Phil & Friends, Widespread Panic) at the end of the second set on “Funky Bitch,” “My Sweet One,” “Hold Your Head Up” and “Llama.”

The February 21, third show, is pretty typical of the era with a 12-minute “Run Like An Antelope” and 11-minute “Lizards,” however, the guest appearance of banjoist Jeff Mosier (Aquarium Rescue Unit, Blueground Undergrass) throws quite a loop into the four-song encore. The band turns into a bluegrass band as they plow through Led Zeppelin’s “Good Times, Bad Times” into “Paul & Silas > Pig In A Pen.”

If anything, At The Roxy is a snapshot of a growing band that had just reached their first peak of improvisational creativity. As many Phish fans know, there would be many more moments in the years to come. 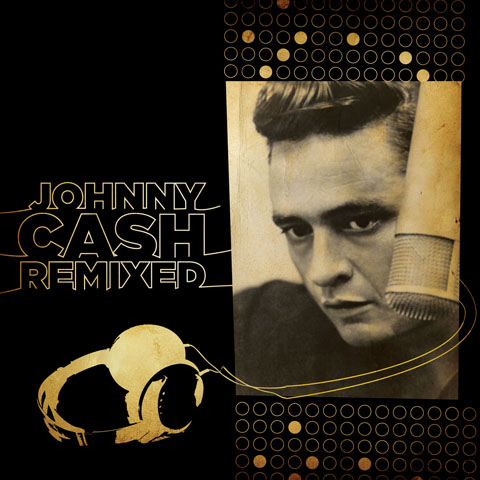 What a shame and what a waste!

As Johnny Cash’s famous Folsom Prison concerts turned 40 this year, coupled with the obvious boost in popularity from the Walk The Line film, Cash releases have been dropping like crazy. Of all of them however, this could be the worst.

The concept of this album (and accompanying DVD) seems like an acceptable idea, take some rappers and producers, including the legendary Snoop Dogg, and have them remix Cash’s hits. The result, however, misses the mark terribly.

Snoop starts off the album with a remix of “Walk the Line” and it’s nothing short of horrible. The majority of the track features Cash performing the track as we all know it, while Snoop’s contributions include adding a verse or two of freestyle rap with a few “yeah, yeahs” and “huh-huhs” over the top. It’s damn near unlistenable.

Other tracks are much more true to the remix nature with dance beats thrown down and around Cash’s tracks, and some are better than others, but not a one is something that’s worthy of a release.

All in all, the question as to why a remix hasn’t before been made of Cash’s songs is answered again and again. They don’t need a remix. The songs are fine they way they were written. Does “Doin’ My Time” really need drums and bass and re-done vocals? No.

What’s really surprising is that Snoop, and Cash’s son, John Carter Cash, are two of the executive producers of this bomb.

Sorry Snoop. I still want to puff with you, but this disc is a sacrilege and should have been left as a funny, middle-of-the-night, stoney concept. 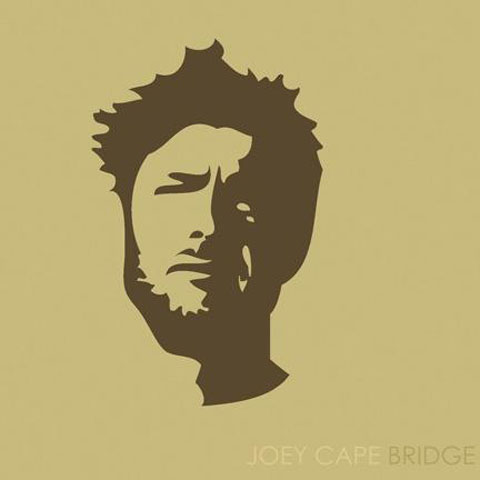 I dropped this CD in because the cover looks like a screen print of a guy at my favorite tattoo shop (Bolder Ink, if you’re wondering). But the music on this CD isn’t something you’d hear in a tattoo shop, at all.

Joey Cape is a great singer/songwriter who avoids the pitfalls of lots of young musicians in his genre. His lyrics aren’t ultra-heavy and he doesn’t get too emotional, but his songs still make an emotional connection — and Cape does this simply with an acoustic guitar (and sometimes keyboard).

The stripped down nature of the songs shows the craftsmanship behind them. If they can sound this good in such a simple format, then those songs can only grow when Cape melds them with his bands, of which he has several — Lagwaong, The Playing Favorite, and Me First and the Gimme Gimmes. 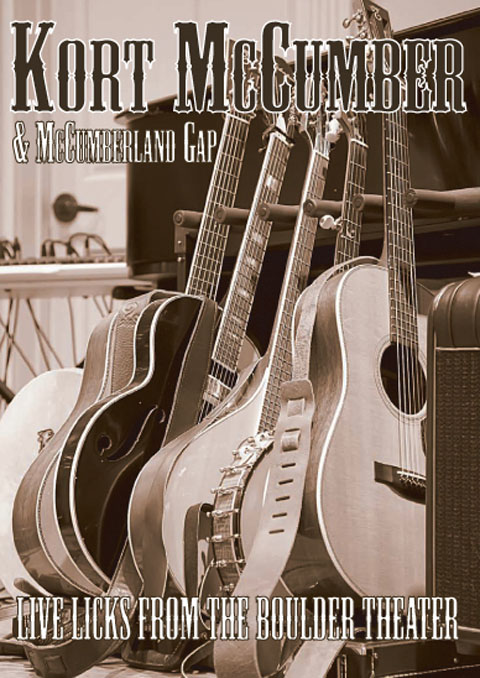 Live Licks from the Boulder Theater

This is a really well done video of a really well done country set at the Boulder Theater. McCumber harnesses the power of Colorado’s former country-fried artists and blends it with a Todd Snider-esque delivery that is sincere and professional. Having Greg Schochet on guitar and mando certainly doesn’t hurt either.

McCumber has been churning out Colorado country for several years now, and this video confirms that he’s getting better and better with age — like an old pair of boots.