Trending Stories from The Marquee
You are at:Home»Features»Drew Emmitt Band continues on its Long Road, with some new players along for the ‘Ride’
By Marquee Magazine on January 1, 2009 Features, Interviews 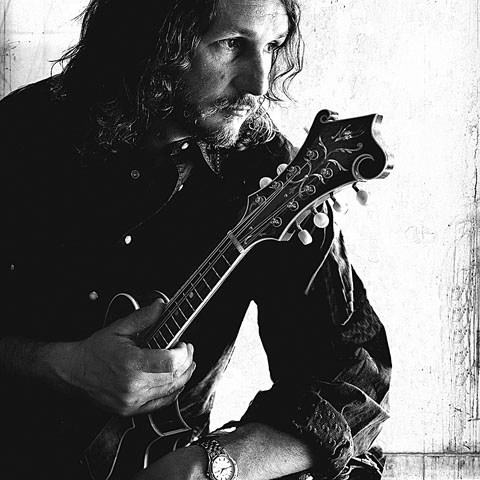 “It’s been probably the biggest year I have ever had, and it’s been wonderful,” Emmitt told The Marquee over the phone from Vail. After a drive through the day from Crested Butte, he was ready to take the stage with some of his oldest friends — Leftover Salmon.

Intermittent yet ever-successful reunions with Leftover Salmon, maintaining two other national touring acts, one album that came out in July and one due up in the spring, all contribute to a cumbersome calendar. “It gets a little crazy but it’s nice because it is not monotonous,” Emmitt said, seemingly more comfortable about his position now than he has been in the past.

As strict commitment to Leftover Salmon diminished, Emmitt was able to focus on his solo career and further explore the boundaries of musical composition. “There is a lot of freedom in the way we are doing things now,” he said. Year-round touring with the same group has given way to a couple months of tour and time off from all of his projects. Dependent full-time stage crew and staff have turned into independent part-time gigs for more people. The overwhelming burden was lifted and individual members have been allotted the necessary time frame to collect their thoughts. “It is nice not to be locked into one big giant machine, and now when we do Salmon it’s fun,“ he said.

Emmitt’s three projects each offer their own innovative spin on bluegrass. Carrying the torch from Sam Bush and New Grass Revival, he has stripped away the Sunday best and the cowboy hat and extracted the purity and virtuosity of old time mandolin. “I totally appreciate and love traditional bluegrass. It is a wonderful art form that is to be respected and learned, but it is also meant to be expanded on,” Emmitt said, adding, “It’s kind of how Bill Monroe invented it. He was a renegade.” A traditionalist’s mentality with a rock and roll edge, Emmitt and his band will continue to thrash and mold the traditional with the contemporary. The Drew Emmitt Band starts its tour in Colorado and heads out West from here.

This incarnation of the Drew Emmitt Band takes his earlier expansion and with the help of some new players, goes even further. “We did our first tour as a five-piece, adding Andy Thorn on the banjo,” Emmitt said. “It’s kind of the new super-charged version and we are having a real good time with it.” Tyler Grant returns to the cast on the guitar. Steven Sandifer on drums will give the band some extra rocket fuel, while Lyons local Eric Thorin will set the pace on bass. “It feels very solid; as solid as a band can feel in this world.” The group will stick to its grassroots with the addition of a 5-string but will continue to explore the outskirts of the form and blend it all so eloquently with in-your-face rock and roll.

This past July was accompanied by Drew Emmitt Band’s third studio release, Long Road. The follow-up effort to the entirely acoustic Across the Bridge offers an introspective look into the group’s current makeup. “With the latest record from my band we are definitely picking up momentum,” said Emmitt. “It is a pretty good representation of what we are doing now.” Adding drums in the studio, not to mention the likes of Jeff Sipe and Steven Sandifer, allowed Emmitt and friends to dig in. “To me, rock and roll and bluegrass are very similar. Bluegrass rocks out pretty hard,” he said.

The album hosts both new and old Emmitt compositions, with a few notable classic rock covers. Boasting a plethora of musical talent from a variety of influences, Long Road goes through the grass and into the blues just before it hits that rock.

In addition to recording with his band, Emmitt just finished up an album last month with his fellow front man, marking the first studio release for Emmitt Nershi Band. The album will feature a collection of songs written together by former String Cheese front man Bill Nershi and Emmitt. “It is interesting how it’s all feeding into itself. It has become a real cumulative thing. Especially working with Billy has been a real boost,” Emmitt said. These two have such an extensive repertoire of resources providing endless creativity for their compositions.

Jason Carter appears on fiddle throughout the album, paying homage to the old time, while former String Cheese Incident bassist Keith Moseley also appears on the release. The much anticipated collaborative effort promises to be jam grassy and is expected hit the shelves this spring via SCI Fidelity Records.