Trending Stories from The Marquee
You are at:Home»Features»M83 pays homage to ‘80s music on Saturdays = Youth release
By Marquee Magazine on January 1, 2009 Features, Interviews, Timothy Dwenger 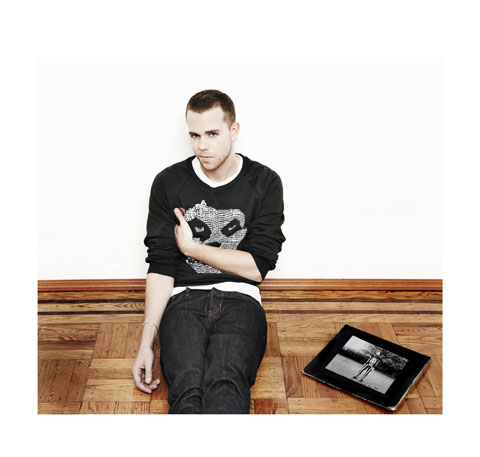 The Eighties … whether you liked the legwarmers and big hair, tight-rolled jeans and neon everything is immaterial. It was a decade of excess, when cocaine was a designer drug and a movie star was the president of the United States. The days of the hippies were over, their music had faded into the background and in its place was a strange kind of pop music that owed a ton to the synthesizers that emerged as a major part of the music during the disco era. Bands like The Police, Duran Duran, and Depeche Mode were topping the charts while solo artists such as Madonna, Prince and Michael Jackson were at their creative peaks. Like it or hate it, the music of the ’80s made an indelible mark on music history.

Speaking with The Marquee from London, England while on tour with The Kings of Leon, Anthony Gonzalez, the genius behind M83, weighed in on the age old debate. “I love the Eighties music,” he said. “It is certainly one of the best decades in all of music history for me so far.” Gonzalez went on to explain how the music of the ’80s influenced his latest album, the critical smash Saturdays = Youth. “It is a big influence for this album. I wanted to do this album like they did in the ’80s and with the effects of the ’80s, but I wanted it to be personal and very modern at the same time.”

Gonzalez accomplished his goal by calling in producers with specific experience working with the kinds of sounds he was looking to create. “We worked with Ewan Pearson and Ken Thomas on this record,” Gonzalez said. “Ken Thomas has worked with plenty of great bands from the ’80s, like Cocteau Twins and Depeche Mode, so it was really, really helpful for the production of this album. He is such a kind and smart guy. He knows very well how to produce an album because he is so experienced. He’s been doing sound for 40 years now and that’s a lot. He worked on old music from the ’80s but he’s also worked on modern projects like Sigur Ros.”

The final product is different from other M83 albums in that it’s an album of fully developed songs with a pop leaning, rather than the soundscapes that M83 was known for in the past. “It is a very different album compared to the previous ones. It sounds really different, the production is more pop and this album is more of a collection of songs compared to the previous albums. I wanted to try something else. I think that doing the same kind of album over and over is kind of boring. I love music and I am just bored doing the same thing again and again.”

In addition to music, another one of Gonzalez’s great loves is movies. Often compared to soundtracks in reviews, M83’s music paints majestic soundscapes that walk the line between ambient and pop with fluidity and ease. It is no wonder that Gonzalez emphasizes that a major influence on him is the visual realm of film. “My music is really influenced by cinema and I am a huge fan of movies. I think it is as important as music and I really love the connection between pictures and music. When it works well it can be really moving,” he said.

A few years ago Gonzalez got the opportunity to compose the soundtrack for a film that was unfortunately never released, but he has plans to continue to pursue that musical path next year as he will get to work on another soundtrack project. In addition to that project, he hinted that he will begin work on another M83 album. 2009 is shaping up to be a busy year for the late 20s musician and producer.

However, between now and then lies a month-long tour of the United States with a band that shares Gonzalez’s love for the sounds of the ’80s, The Killers. The tour will put M83 in front of scores of potential new fans, as the bands don’t really share a fanbase. This strategy is one that seems to be working out well for Gonzalez in Europe on tour with The Kings of Leon. “It is a good experience for us because we are such a small band in comparison and their audience is very different from ours. It is a good way to promote our music,” he said.

Joining Gonzalez on the road to expand the sound of the band will be Loic Maurin on drums, Pierre-Marie Maulini on bass and guitar, and the owner of the hauntingly beautiful voice that is featured on Saturdays = Youth, Morgan Kibby. “I was working on the movie soundtrack and I was looking for a singer with an ’80s voice. The director told me about Morgan and I asked her to sing on my record because I really had a crush on her voice. She was perfect for this record. She is a really nice person and she speaks French and she is really funny, very talented, so I am glad that she is into the project now,” Gonzales said. Together, these four will bring the music of M83 to life in what is sure to be one of the most highly anticipated opening sets of 2009.