Trending Stories from The Marquee
You are at:Home»Album Reviews»Amy Ray
By Marquee Magazine on February 1, 2009 Album Reviews, Jonathan Keller 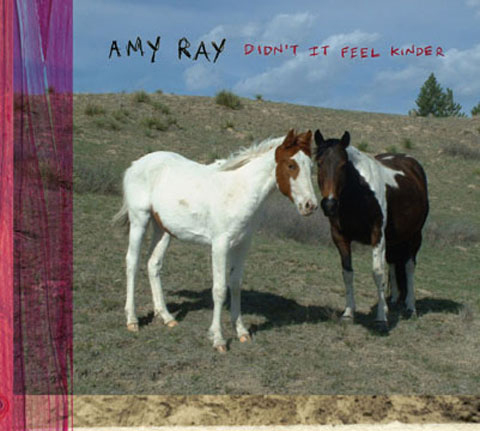 Amy Ray’s newest album Didn’t It Feel Kinder starts out with a fantastic soulful, bluesy, rocker called “Birds of a Feather.” The track is such a departure for the Indigo Girl that you find yourself almost straining to identify her oh-so-familiar voice. Slinging an electric axe instead of an acoustic, Ray comes off sounding like her peers Mellisa Etheridge and Lucinda Williams, but with Ray’s own distinct stamp.

The problem is that the rest of the album doesn’t follow that direction.

By the time Ray hits track number four, the album sounds so incredibly different, it’s as if it was written by someone else entirely. And the rest of the album continues to jump around. It’s not all bad and, in fact, some of it, like “Out On The Farm,” is actually damn good, but Ray’s inability to pick a flavor and stick with it robs those standout songs of their true beauty.

In fact, when you listen closely, there isn’t necessarily a bad track on the album, but the sequencing is off enough that it’s hard to get any flow or attachment to the album. But even Ray herself said in a press release that she “didn’t even really know what I wanted this record to be. I knew I wanted it to be a wide-open vista…” and in that, she has most certainly succeeded.

Regardless, those who’ve loved Ray’s work with the Indigo Girls will adore hearing her belt out some rock and adding a little bit of electricity to her repertoire.