Trending Stories from The Marquee
You are at:Home»Album Reviews»M. Ward
By Marquee Magazine on February 1, 2009 Album Reviews, Jonathan Keller 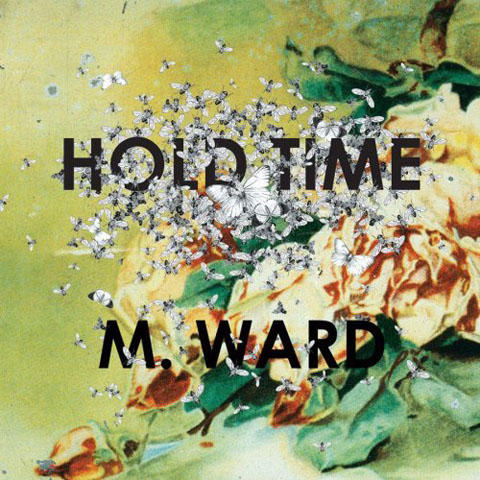 M. Ward is the type of lo-fi darling that indie critics love. He writes an occasional great song, he has a good singing voice and is an adequate guitar player. To be honest, that about sums up M. Ward.

The critical comparisons of him being the next John Fahey or Tom Waits are absolutely ridiculous. He is not the second coming of greatness; however, his musical contributions have left a dent in the world of music while his reputation seems to have created a crater.

Ward’s last album, Post-War, was released in August, 2006. With My Morning Jacket’s Jim James onboard as co-producer, the album made a critical splash and thrust Ward into the spotlight as the-next-big-thing in indie folk. The album was his first to utilize a backing band and his upcoming release, Hold Time, continues the tradition.

On Hold Time Ward plows through 14 songs in 43 minutes and once again utilizes lo-fi recording techniques and a plethora of instruments to make his three-minute songs interesting. He does a good job of creating texture in his songs, however the complaints about all the songs on Post-War sounding strikingly similar will be brought up again on Hold Time. Yes, it is hard to find songs that I hate on this album, but it is equally hard to find songs I truly love.

Probably known more for his collaborations with artists as diverse as Cat Power, My Morning Jacket, Beth Orton, Norah Jones, and Bright Eyes, it is no surprise that one of the better songs on Hold Time is a former Top-10 cover with guest musician Lucinda Williams lending vocal support. Ward’s cover of Don Gibson’s “Oh Lonesome Me,” which Neil Young made famous on his album After The Goldrush, is the best thing on this album. Ward’s take is slower and the intro sounds like a stripped down interpretation of Led Zeppelin’s “Ramble On.” Ward’s voice, soaked in reverb, comes through gorgeously and his falsetto gives way to Lucinda Williams, who takes over the second verse with all her ragged charm — well done and executed all around. Other album standouts include “For Beginners,” “Jailbird” and “Rave On.”

M. Ward is going to create more buzz with this album and I am more than sure the indie press is going to love Hold Time. He better enjoy that indie love while he can, ’cause if he ever did create an album that could reach the popular masses, the indie press would turn on him in a heartbeat — or maybe we already have.