Trending Stories from The Marquee
You are at:Home»DJ Hippie»The Pretenders get a fresh new lease with influx of new blood
By Marquee Magazine on February 1, 2009 DJ Hippie, Features, Interviews 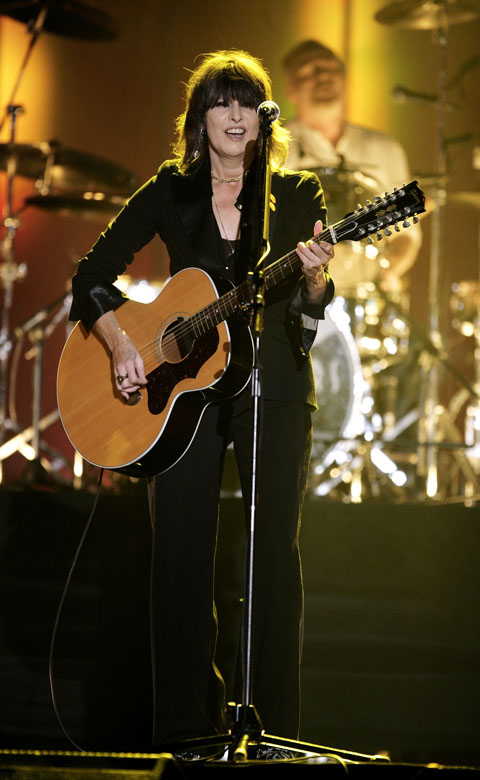 You would be pretending if you didn’t just admit that Chrissie Hynde wasn’t the heart and soul of The Pretenders. The woman is a true rarity in the musical landscape. While not exactly a sex symbol, the woman exudes a charisma and confidence. Whether she’s singing playful come-on’s like “Brass in Pocket” or bearing her soul on a classic track like “Back on the Chain Gang,” it’s clear that Chrissie Hynde is ‘the man,’ so to speak, when it comes to kick-ass female fronted rock and roll.

That established, it’s fair to say that few, if any, people have a better feel for the inner workings of Hynde’s musical mind than her long-time musical partner, Martin Chambers. That’s saying a lot when you consider Hynde’s rock and roll resume goes far beyond The Pretenders and includes highlights like being a close friend of departed punk legend Sid Vicious and recording a duet with the late Frank Sinatra. (You’ve got to love the irony in that.)

As for Martin Chambers, he has been in and out of The Pretenders since the early days, both by his own choice and as a result of Hynde’s wishes. He doesn’t even play a beat on the band’s latest record, Break up the Concrete, a soulful disk that has many critics going into raptures, but he was an important part of the album’s creation. That’s because Hynde asked him to let another legendary drumming great, Jim Keltner, take a turn at the skins to, in Hynde’s own words, “get a different feel.” The revamped lineup, including guitarist James Walbourne’s inaugural turn as a Pretender and Eric Heywood on pedal steel, paid off and Break up the Concrete is a truly unique and enjoyable album.

Currently, Chambers has returned to the band as they prepare to launch a long-awaited headlining jaunt that will hit Denver on February 24th and end with a two night stand at San Francisco’s famed Fillmore. Chambers, a true ambassador of rock and roll and a proper English gentleman, recently took some time to share his thoughts about the new album and tour with The Marquee.

“I did ask Chrissie to put ‘Thanks to Martin Chambers for not playing on the album’ on there, but my requests get turned down pretty much all the time,” said Chambers. “No, I did say to her some time before I found the new guitar player for her and after she sacked my friend Adam Seymour, who is a great guitar player, that she needed something fresh. She said we needed to find somebody and that meant that I needed to find somebody and the only guy I knew was James Walbourne and he’s fantastic.”

Many of the songs on Break up the Concrete had apparently been incubating in Hynde’s mind for a while and the band, with Chambers on drums, took a crack at them prior to re-tooling the lineup, but something just didn’t feel right. This is the kind of situation that can turn into tabloid drama, but as Chambers makes clear, the only thing going on was the desire to make a good album. “Most of that stuff we had recorded the year before and I thought it was pretty good, but it’s not up to me and Chrissie obviously thought it could be better,” he said. “Apart from being the drummer for The Pretenders I do a lot more than just play drums. I support her, I help to balance her the best I can and I back her up. When we found James it gave her, more than me in some respects, another lease on life and it’s very difficult when you reproduce these songs all the time and sing them. It’s great to have a new guitar player because not two guitar players play the same and this freshens things up for her.”

The ins and outs of making the new album aside, Chambers’ focus is on the upcoming tour, one that he is extremely excited about. “I think by the feel and the fact that Chrissie’s so turned on by James’ playing, now it’s making all the songs that Chrissie has to sing — because the crowd wants to hear them and that’s difficult because that’s reproductive — basically it’s making it fresh for her and the vibe is good,” said Chambers. “We are choosing some interesting songs from the past and doing most of the new album. I think we are going to end up playing longer than we have in as far as I can remember. It’s going to be very diverse, we are going to do all kinds of different things and maybe even some acoustic stuff.”

Recommended if you Like:
• Hole
• Patti Smith
• Lou Reed