Trending Stories from The Marquee
You are at:Home»Album Reviews»Ween
By Marquee Magazine on February 1, 2009 Album Reviews, Jonathan Keller 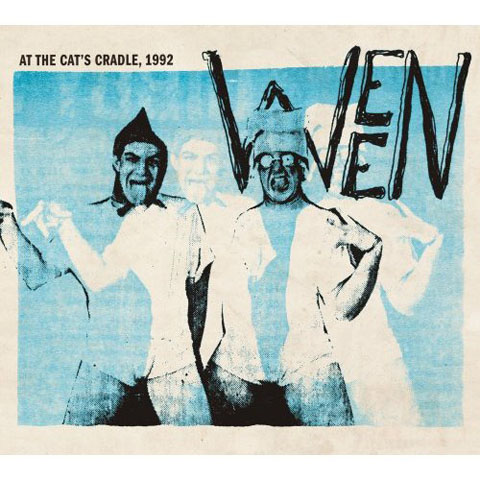 I know this review is coming a little late, but after listening to At Cat’s Cradle, 1992 again and laughing my ass off, I thought I would give the Ween boys some love and file a review. This is clearly one of the more hysterical albums I have heard in quite some time — easily funnier than anything Dane Cook has ever released.

The album finds a very young Ween plowing through 21 songs in just under an hour and 20 minutes. The songs are quite funny if bad, over-the-top songwriting and singing is your bag.  However, the gem of this album is the stage banter — some of the best I have ever heard and it is beyond comical. Hearing Gene Ween scream at the lazy audience, “Yeah, you better clap!” at the end of “Cover It With Gas and Set it On Fire,” is one of the many moments that show that they never took themselves seriously, even in the beginning.

For those only familiar with post-Chocolate & Cheese Ween, this album is going to be quite a surprise. It features Gene and Dean Ween on vocals and guitars and according to the album credits, a “Yamaha Digital Audio Tape Deck” on bass and drums. Basically, it was the dynamic duo playing a live show with pre-recorded bass and drums synced up on a DAT machine. False starts and Dean accidentally hitting the record button on the DAT machine before “Never Squeal On Th’ Pusher” only adds to the chaos.

When listening to this recording, it completely blows my mind that Ween was signed as a serious recording act and not thrust into a more comedic career like Tenacious D. Then again, I guess comedy has no boundaries.

Album highlights include “Big Jilm,” “The Goin’ Gets Tough From The Getgo,” “Ode To Reno,” “Mango Woman,” and all the stage banter in between.