Trending Stories from The Marquee
You are at:Home»Album Reviews»Bon Iver
By Marquee Magazine on March 1, 2009 Album Reviews, Jonathan Keller 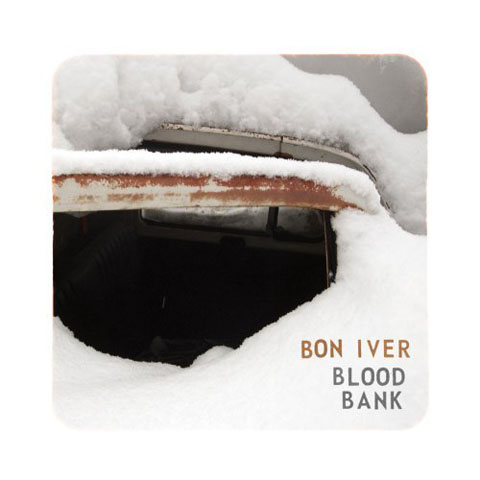 Fresh off his 2008 breakthrough release For Emma, Forever Ago, Bon Iver (the pseudonym for musician Justin Vernon) returns with a 4-song EP that leaves you wanting more than the 16 minutes of music packaged as his new EP.

Blood Bank revolves around the title track, which was actually written during the For Emma, Forever Ago sessions and left off as it didn’t fit in with the rest of the album. The title track is clearly the star of this 4-song set and worth the purchase of the EP alone. The mood of the song is set by strummed electric guitars, a kick drum pulse and a gorgeous chorus of vocals that Iver has become well known for. When the first verse hits, Iver sings forcefully: “Well I met you at the blood bank / We were looking at the bags / Wondering if any of the colors / Matched any of the names we knew on the tags.” Blood Bank could have been one of the stronger songs on his debut release had it been included on it, and it is no wonder why this entire EP is packaged around it.

The other three tracks on Blood Bank were written and recorded specifically for this release and feature the melancholy “Beach Baby,” which is in the same vein as the songs on For Emma, Forever Ago, the staccato piano-driven “Babys,” and the throwaway experimental track “Wood,” which finds Iver using vocal pitch correction on this mostly acappella song. I hope that Iver forgoes this direction on his next studio album.

One great song out of four isn’t so bad and three good ones out of four makes the expectations for his next full-length studio album that much more exciting.