Trending Stories from The Marquee
You are at:Home»Album Reviews»Bruce Springsteen
By Marquee Magazine on March 1, 2009 Album Reviews, Jonathan Keller 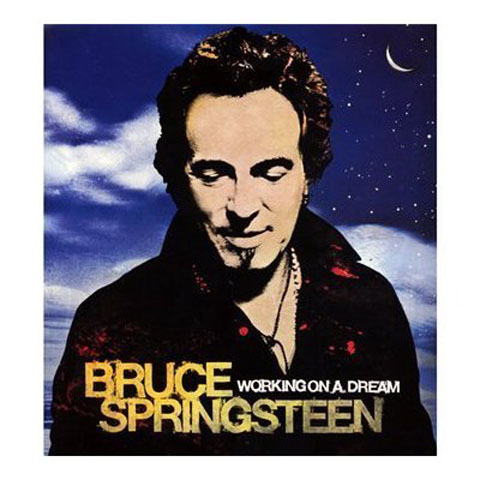 Bruce Springsteen
Working On A Dream

Bruce Springsteen is one of the rare artists that is engrained into the fabric of America.  He is just about as American as you can get. At the height of his stardom, Springsteen made John Mellencamp look like a cheap unpatriotic parody. However, the days of “Born to Run” and “Born in the U.S.A.” have long passed and Springsteen has almost become a parody of himself — as his Super Bowl halftime performance clearly showed — with a variety of lackluster albums featuring lackluster songs. His latest release Working On A Dream unfortunately follows suit.

If you enjoyed Springsteen’s last effort with the E. Street Band, Magic, you will probably love Working On A Dream. If you have never heard his albums Born To Run, The River, or The Wild, The Innocent & The E Street Shuffle, you will probably enjoy the new album as well.

Simply put, Working On A Dream is filled with slickly-produced mid-tempo songs and ballads. The album is chock-full of highly compressed pop-rock songs that makes one wonder if Springsteen has forgotten how to write a decent chorus that doesn’t repeat a single line over and over again. The real problems lie in Springsteen’s songwriting, which is lazy pop at its best. Just listen to the opening track, “Outlaw Pete,” and tell me it doesn’t sound like a bad Wallflowers cover. Yes, the album is more upbeat than some of his more recent work and yes, the album features the last recorded performances by late E Street keyboardist Danny Federici, but even sentimentality can’t save this one.

Out of the 13-song set I can honestly only recommend two songs: The country-inspired “Tomorrow Never Knows,” which would have been better served on his bluegrass album, We Shall Overcome: The Seeger Sessions, if Seeger had written it; and the closing track, “The Wrestler,” which was beautifully used in the closing credits of the movie of the same name.

I am not here to hate on The Boss. I love the man from Jersey and still think Born To Run is one of the greatest rock albums of all time. Some of Springsteen’s recent efforts are worth noting as viable pieces of art, including his 2005 acoustic album Devils & Dust, and his 2006 effort, We Shall Overcome: The Seeger Sessions. Working On A Dream, however, is a shallow album that only shows the shell of an artist that was once among the best.
— Jonathan Keller