Trending Stories from The Marquee
You are at:Home»Features»Mama’s Cookin’ returns to their former home for a run of shows behind newest CD
By Marquee Magazine on March 1, 2009 Features, Interviews, Michael Sutch 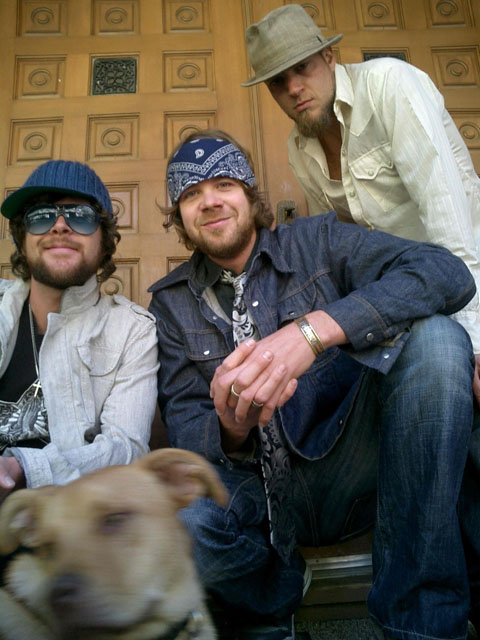 Conceived in the South and raised on Colorado’s Western Slope, Mama’s Cookin’ has been simmerin’ on the shores of Lake Tahoe for a couple of years now and are poised to storm back across the state they used to call home for a big run of 10 shows in Colorado in March.

For those that haven’t had a taste yet, Mama’s Cookin’ mixes hip-hop beats with a healthy dose of dirty Delta blues and some nasty funk bass to create a slick modern sound.

In a recent interview with The Marquee, Early said, “We can’t wait to be back in Colorado.  We’re writing some hard-hitting new material that we love playing and are recording a new live CD of the upcoming tour. It’s an exciting time for us.”

“It was an honor to be in the studio with such pros,” said Early. “We had a great time in New York and I think that comes through on the disc. We recorded the album in just one weekend and it turned out to be our best to date.” The CD hit the charts at #4 on independent Radio’s CMJ Rock category. The record was also ranked #12 in a Best of 2008 Independent radio poll and is now being played on over 150 stations across the country. And the album was named by Jambands.com as the 12th best of 2008.

We like our music tight but dirty, something you can feel” said Early. “We’ve been pushing the envelope of our style while keeping the essence intact. We aim to keep the lyrics clever, the beat driving, and the music raw.”

Mama’s Cookin’s sole objective is to create music that moves people to the point that you can’t help but take notice. Since forming in Gunnison, Colo., in 2001, the band has garnered a reputation as being pioneer sof a new sound with a knack for precise timing and fluidity. The ensemble is driven by gritty guitars and an impeccable rhythm section that dares audiences not to dance.

With more than seven successful years under their belt, the quartet features the right proportions of harmonica and slide guitar with a tight rhythm section carrying the sound, allowing the music to stretch its wings and take off from time to time.

And take off they have. At 2008’s Blues & Brews Festival in Telluride, they blew it up on the big stage, and they’ve played the X-Games twice, and have played in Whistler for the World Ski and Snowboard Fest. During a recent gig in San Francisco they were joined by Berni Worrell, who sat in on keys, and another show in California got so hot that the place literally caught fire. (No one was injured and the fire is under investigation.)