Trending Stories from The Marquee
You are at:Home»Album Reviews»Benjamin Bear
By Marquee Magazine on April 1, 2009 Album Reviews, Mike Hedrick 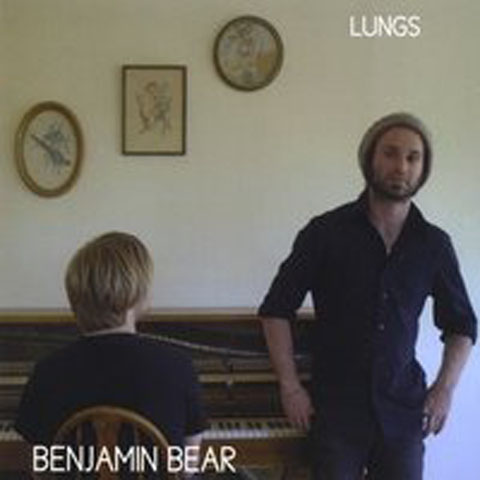 Mychal Cohen and David Stern are doing what they love. And bless them for that.

With a unique drum-piano fusion that holds inflections of Oren Lavie the duo create an eerily tilted landscape that borders on obscure. Their lyrics are mostly melancholy and unapologetic, reminding one of the beautiful stumbling work of Daniel Johnston yet at just the right times hopeful as they spew graceful wordplay.

But as seriously as they may take themselves, one just can’t shake the feeling that you’re listening to the work of an amateur poetry group put to music that lacks something significant.

These boys have potential but it’s going to take more than hipster-esque poetic ramblings and the solidarity of just piano and drums. Granted, their hearts are in the right place. The band touts themselves as progressive and psychedelic but there’s just not enough soundscape to encompass those kinds of distinctions. There are at times haunting organ work but nothing that makes you sit back in your chair and try to catch your breath.

There are just too many instances of jilted broken topics jumping as they attempt to make some kind of statement but lose the momentum.

The only time the album perked my ears up was halfway through with a song that was mainly acoustic guitar, a rare instance and the only that the vocal play felt like it fit.