Trending Stories from The Marquee
You are at:Home»Features»Bluetech draws on classical training for downtempo material
By Marquee Magazine on April 1, 2009 Features, Interviews, Lisa Oshlo 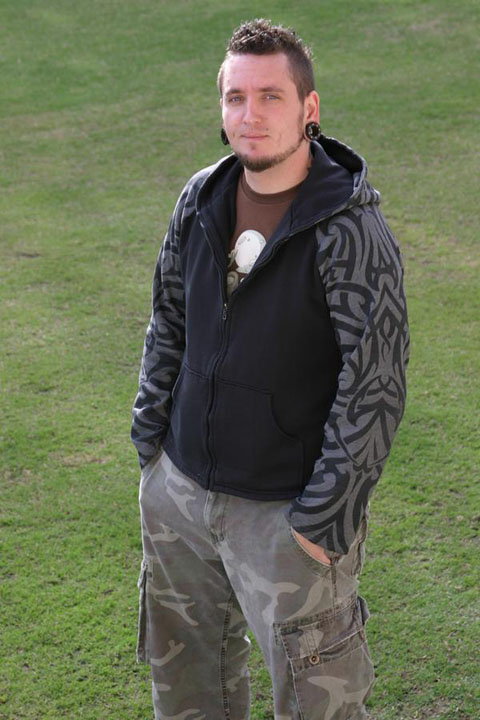 Not many artists on the electronic music scene can boast a musical comprehension that rivals that of Evan Bluetech. Classically trained from a young age, Bluetech’s compositions contain a depth and diversity not often found in today’s digital music age.

The Marquee caught up with the artist on a remote Hawaiian beach to discuss his new album and what specifically informs his art.

“I think it’s impossible to get away from the classical background,” Bluetech said. “I always write melodically, even with minimal technology I find that it always ends up melodic. There is an aesthetic sensibility and attention to detail which I feel is strongly informed by my experience with classical music.”

Electronic music is often dismissed as simplistic or uninspired, but Bluetech turns these stereotypes on their heads. “I think if I had a core philosophy about my music it would be about healing. Often I’m exploring painful memories or experiences through my music, and the composition process itself becomes cathartic, and even in the darkest pieces there is always a ray of hope. I would like for my music to be a force of healing in people’s lives, opening them up to something larger than themselves.

“I tend to just write. I feel that the pieces of music already exist, and I’m just bringing them through the veil as it were. On days when I can get out of the way and let something through, the creative process just flows. The pieces write themselves; it’s as if they are telling me what to do next, what part to edit, what sound is missing, when the mix feels right. I often feel like I scribe, just transposing something that’s already alive.”

Bluetech also finds meaning outside of music, and shares his talent with a variety of outlets. He was musical director and performer for the living ambient gallery “Project Cathedral” in San Diego, which used a cathedral to stage slow motion ambient concerts with improvisational music, food, choreography, moving sculpture, and visual installations.

“Personally,” said Bluetech, “I would like to score a film where the music is completely integrated into the visual, and they play off of each other. Other than that, I’m really just looking to condense my art and say the most potent things, express the most vibrant emotions I can express while using the fewest number of notes.”

While the music of Bluetech is primarily downtempo, he does not limit himself specifically to this category, composing various types of music under different names. “I also write tech-house minimal under the name Evan Marc, and ambient and modern classical music under the name Evan Bartholomew. I’m currently producing an album with a singer named Tina Malia, still informed by my production aesthetics, but defined by really strong and beautiful vocals, kind of like a cosmic soul vibe,” he said.