Trending Stories from The Marquee
You are at:Home»Album Reviews»Cameron McGill & What Army
By Marquee Magazine on April 1, 2009 Album Reviews, Brian F. Johnson 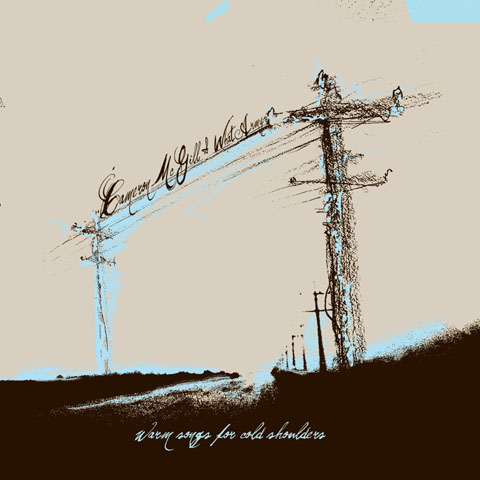 It’s some of the most perfectly crafted — and I do mean crafted — indie folk to come along in eons. I’m not afraid of the backlash by haters who will lambast me for calling McGill the Bob Dylan and Neil Young of our times. If you disagree, I urge you to attend his shows. If you still think I’m wrong, you can try to kick my ass afterwards.

For those who have been keeping up on their McGill anthology, Warm Songs will have several familiar tracks, as five of the 10 tracks appeared on a Tour E.P. McGill offered at his shows the last time through town. This album is the completion of this project from this gifted songwriter and his amazing accomplices, What Army.

But even if the whole rest of the album sucked, which I swear it doesn’t, one song alone makes the entire album worth having — “Lose Americans.” The song is this generation’s “Ohio,” this generation’s “Blowin’ in the Wind,” and this generation’s “What’s Goin’ On.” “Generic is the crime of the century,” McGill croons on the song before adding, “America, how does it feel to rust? You swing on the hinge, break at the seams and do what you must.”
It’s phenomenal. Trust me.