Trending Stories from The Marquee
You are at:Home»Album Reviews»Drag The River
By Marquee Magazine on April 1, 2009 Album Reviews, Brian F. Johnson 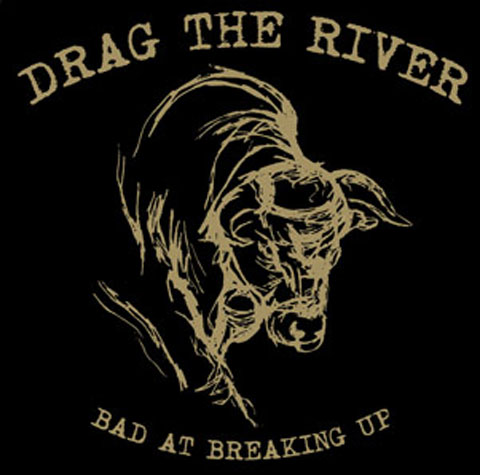 Drag The River
Bad At Breaking Up

For a band that parted ways in 2007, Drag The River sure is a bunch of prolific little bastards and their newest release describes them near-perfectly, as Bad at Breaking Up.

In fact, not long after the Front Range heard that Drag was calling it quits, little shows began emerging here and there with the two core members, Jon Snodgrass and Chad Price, and it obviously didn’t take long for full-band shows to start happening again.

While this album has a triumphant return type of title, there are, in fact, no new tracks on Bad At Breaking Up. Instead, Drag The River opted to put together an assemblage of all of their old 7” and splits, many of which are long out of print and impossible to find.

The result is probably a lot better than anyone expected. Taking these songs — some of which were early takes of songs that later got polished up for proper releases — and putting them into one package, gives listeners a short, wikipedia-like description of the band’s career in audio.

Hauntingly quiet in some areas, and blow-your-speakers loud in others, Bad at Breaking Up finds itself a comfortable soundtrack on Sunday morning AND on Friday nights. Drag’s whiskey drenched tales, twangy Teles and phenomenally fitting vocals from both anchor points of the band, show a group that has a wealth of material that is beautiful in its simplicity and intricate beyond explanation.

The band has yet to officially reunite, but if their hiatus continues to mean new releases and occasional shows, we’ll take it. Hell if they truly break up, maybe we’ll get a full boxed set?