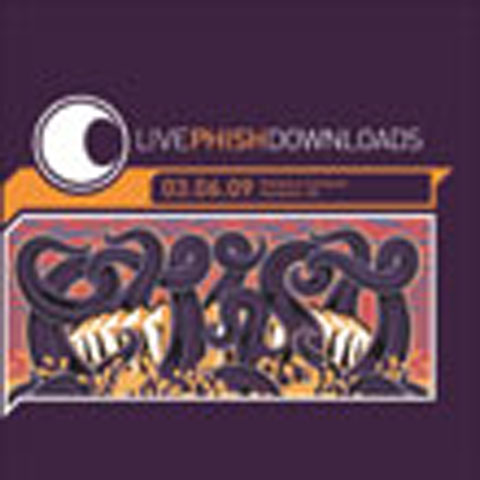 If time has shown us anything one can guess the longer the wait, the higher the urgency and demand. Nothing better illustrates this point than Phish’s three-night run at Hampton Coliseum on March 6-8, 2009. These were some of the most sought-after concert tickets in recent memory and to this day I still don’t directly know anyone that received tickets through Phish’s lottery. For the lucky 13,800 people who were able to be there each night they witnessed nostalgia at its peak and a band that was still dusting the rust off their extensive catalog.

After taking nearly 5-years off after their official “breakup” in 2004, rumors of a reunion had been swirling since mid-2008, when three of the four Phish members shared the stage at the Rothbury Festival in Michigan. Rumors only intensified as the band reunited for three songs in September at the wedding of their former road manager Brad Sands and videos of the short set surfaced on YouTube. By October the rumors became reality as the band announced a three-night stand at one of their favorite venues in Virginia, Hampton Coliseum. By March 2009 they had announced 11 dates for their summer tour in June including a headlining slot at Bonnaroo 2009 and 12 additional dates in July and August, including a four-night run at Red Rocks (their first shows at the venue in nearly 13 years) and a two-night stand at The Gorge. The 25 show summer tour is the band’s most ambitious since 1999. Let’s just say Phish are back.

This brings us to Phish’s March Hampton shows. Barring the Live Nation ticket debacle which left thousands of Phish-heads unable to even log into the ticket site due to crashing, the 240 arrests, $68,000 in cash and $1.2 million in drugs being seized at the venue itself, the shows went off without a hitch. The three shows themselves were good and all had great moments, but I guarantee once this tour is over, Phish-heads won’t be listening to tapes of these three Hampton shows, rather listening to shows from mid-summer when the band finally hits its stride.

Taking into account the sheer demand for these shows Phish decided to offer free downloads of all three shows within 24-hours of each shows completion—a very generous gift to Phish-heads who couldn’t score tickets. The downloads, in high-quality mp3 format, sound utterly fantastic. Much cleaner and more balanced than the Live Phish Downloads of the past. These recordings sound fully mixed, unlike the live 2-track soundboard recordings they released on their 2003 pre-hiatus tour. The absence of longtime Phish front-of-house engineer Paul Languedoc is not noticeable on the live downloads in any way. The downloads sound like official releases.

Phish spent the better part of a month rehearsing for the Hampton shows and their dedication to rehearsal shows as they plowed through a staggering 84 different songs totaling nearly 10-1/2 hours over the three-night stand. March 6, 2009, the opening night, had the best setlist of the weekend and saw Phish busting out 28 gems, playing for over 3 hours and 40 minutes. The first set was extremely strong as the band opened with 16-minute “Fluffhead” and followed with “The Divided Sky” > “Chalk Dust Torture” > “Sample In A Jar,” and “Stash.” They clearly came out with guns blazing and the opening 5-songs of this night’s first set are one of the high-points of the weekend. The second set wasn’t as strong although it opened with a strong new song “Backwards Down The Line,” a mid-tempo Alt Country tune heavy on piano and harmony vocals on the chorus. Phish false-started the second set closer “You Enjoy Myself,” completely falling apart and having to restart. After cheers from the audience Trey responded “We’re starting this song again and this time it is not going to be like the last time we started the song. So there!” After the restart they got through it fairly clean and the audience showed their appreciation in applause. 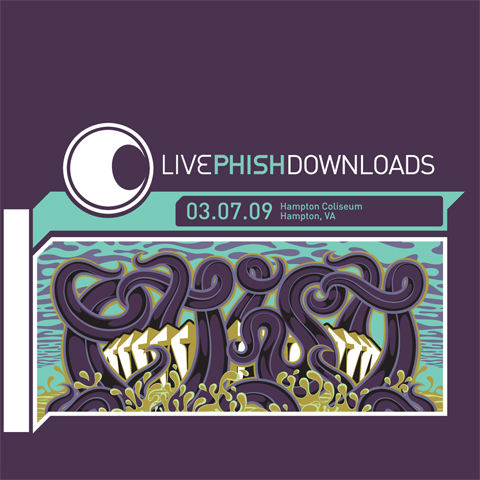 The second night, March 7, 2009, featured 27-songs, clocking in at 3 hours and 30 minutes. Phish opened the first set with a slow shuffle version of “Back On The Train” and the first set also featured the first Phish performance of “Beauty of a Broken Heart” from keyboardist Page’s McConnell’s self-titled solo release. The first set saw some filler as the band included “Mexican Cousin” mid-set. The second set however was full of exploration as Phish opened with a 12-minute “Rock and Roll” which slowly morphed into “Limb By Limb” followed by “Ghost” > “Piper.” Near the end of the second set they confidently pleased with “Mike’s Song” > “I am Hydrogen” > “Weekapaug Groove.” The encore was one of the stronger Phish performances of The Beatles’ “A Day In The Life.” 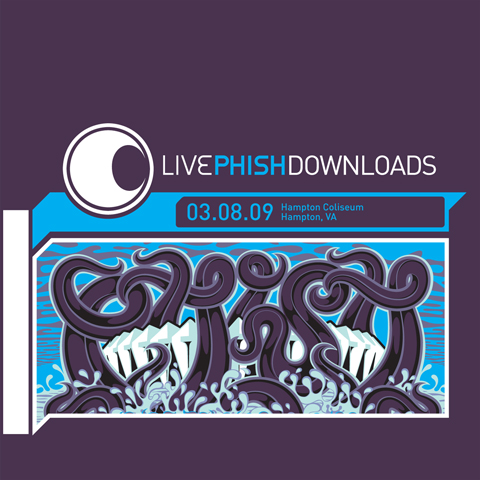 The third night, March 8, 2009, had more of a to-the-point setlist featuring no seamless transitions between songs in the first set although 10-minute versions of “Bathtub Gin” and “Maze” were played well. One of the highlights of the third night was the second set opener, a 22-minute “Down With Disease,” where the band drifted off into space for nearly 15-minutes, never finding their way back to the “Down With Disease” guitar refrain they often reverted back to in the past. Other second set highlights included the “2001” > “Moma Dance,” and the set closer “Slave To The Traffic Light.” The final song of the weekend was the only repeat of the three shows, “Tweezer Reprise.” In all they played more songs on the third night that the previous two but the sets seemed more of a test to get through the songs rather than explore them.

If anything, these Hampton shows were to show that Phish are indeed back and if ticket sales are any indication, the general public are eating Phish up. Tickets for their entire summer tour are selling out in minutes and if the Ticketmaster mistake of releasing 4-day packs to Red Rocks was any indication, their 4-night stand at Red Rocks will have all the energy of the Hampton shows, but will hopefully feature a band that is a fine-tuned machine by the time they get here.