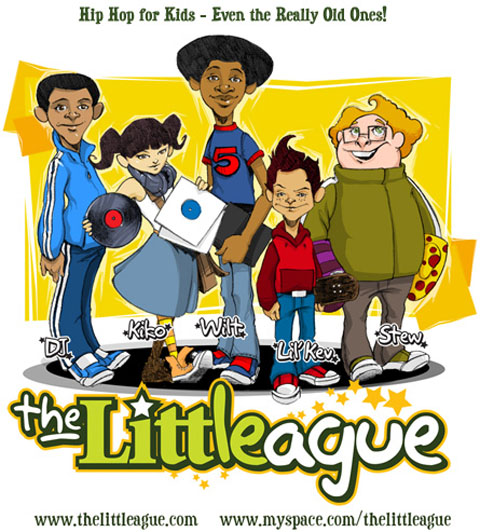 The Little League
Magic Words
Independent
4.5 out of 5 stars

This is an incredibly smart concept, and in addition to the smarts behind the album it’s also pulled off tremendously well.

The concept is fun, high energy hip-hop geared towards children. The Little League’s mission is to provide “positive, educational and developmentally appropriate messages,” and with this album they’ve succeeded greatly in that.

The Little League was created by educators working with at-risk children, Larry Georgeson, and former Yo Flaco! emcee Neil McIntyre, who found that while hip-hop music speaks to kids, few, if any hip-hop acts were actually geared toward younger listeners.

The real magic on this project from day one, however, has been Georgeson and McIntyre’s ability to write rhymes that sound fun, provide education (everything from the benefits of veggies and saying “Please,” to dental hygiene) without talking down to the young kids they’re trying to reach. There’s nothing fake about this. It’s real hip-hop, but done in a wholesome way that will make parents cool with what their kids are listening to.     — Brian F. Johnson