Trending Stories from The Marquee
You are at:Home»Album Reviews»Prince
By Marquee Magazine on May 1, 2009 Album Reviews, Jonathan Keller 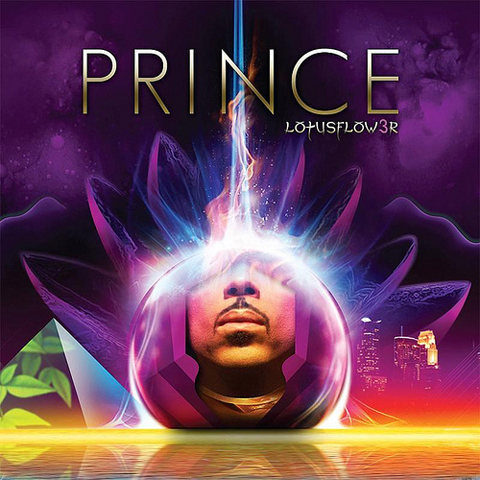 Hard to believe LotusFlow3r is Prince’s 25th studio album. The man in purple has never been short of musical output and that may be one of his biggest flaws. He releases everything, shit and all. LotusFlow3r is his best work since 2004’s Musicology (which isn’t saying much) and finds Prince returning to screaming guitar leads and laid back funk grooves on a few tracks, but the mostly sugar-coated pop album can be thrown in the bin of albums that fails to truly show Prince’s musical abilities and talents.

The album is bookended with two superb instrumental tracks, “From The Lotus…” and “…Back 2 The Lotus.” Both tracks are reminiscent of mid-1970s Santana and feature a bass line similar to John Coltrane’s “A Love Supreme.” Prince’s guitar is overdriven and full of sustain. Close your eyes and you are listening to Santana in peak form. The songs in between these two tracks are all over the place. “Boom” starts off sounding like porn music you’d actually dig, then it opens into a blistering two-minute guitar solo. “The Morning  After” is absolute crap and would be better served as the theme song of a Fanta commercial. “4Ever” might have been a hit single if it was released in the mid-1980s. “$” sounds like Prince covering an Alvin & The Chipmunks tune with an accompanying big band horn section. “Love Like Jazz” is straight up elevator music.

Some album tracks that do work include the instrumental “77 Beverly Park,” which sounds like the guitar duo Acoustic Alchemy, featuring a beautiful Spanish melody line played by a chorus of string instruments, and the slow blues “Colonized Mind.” This track features some inspiring lead guitar work.

LotusFlow3r is much like Prince’s albums of the past 10 years. The album has some moments, but has more duds than gems and it showcases the unbalanced song selection Prince has become known for.

Once again, Prince fails to truly share his gifted musical abilities in a way that can reach a wide audience — such a shame because the man is beyond talented.